From fine dining in the sky to hot-fried churros and freshly prepared shellfish, the sixth annual Qatar International Food Festival, which opened Tuesday, has so far drawn several thousand people to the Museum of Islamic Art Park.

The event, a celebration of both street food and gourmet cuisine in Qatar, is spread over several zones, each serving different types of food and hosting various activities.

There are two entertainment zones at opposite ends of the park, encompassing a stage where acrobatic and dance performances take place at intervals, and a kids’ play zone with playground rides and inflatables.

Interspersed between the two zones, and bordering a large tabled seating area, are booths of several of Qatar’s most prestigious and popular hotels.

Residents can choose from fresh pasta and sushi prepared by the Souq Waqif Boutique Hotels to fresh seafood by the newly-renovated Sheraton Doha Hotel booth, or an Asian-fusion inspired spread by the Doha Marriott chefs, at discounted rates of between QR10 to QR25 a dish.

For many of these owners, the festival has given them access to a much broader audience, beyond those who place orders on Instagram.

In addition to food, several of the stalls are also selling merchandise like mugs, phone covers, and other small trinkets.

There are several new additions to this year’s festival, including a double-decked high tea lounge by one of Doha’s newest hotels – the Kempinski Marsa Malaz, which recently opened at the Pearl-Qatar.

For the first time, there are also daily firework shows, which will be held at 8:30pm on Thursday and Friday and 9:30pm on Saturday.

Other popular attractions include a large live cooking station and a water zone, where people can dine in inflatable “donuts” or eat while cruising in a dhow.

For those looking for healthier options, Raw ME, a new juice and smoothie based detox company provides a nutritious palate-cleanser between courses.

Near the kids’ zone, the Sahtak Awalan initiative by the Weill Cornell Medical College in Qatar also offers several healthy recipes at their food truck, complete with plant beds and an exercise selfie station.

Several internationally certified organic vegetables are also on sale at the Al Safwa Farm station, while bee pollen, a substance dubbed a new “superfood,” is available at reduced prices at the Bosaif Cafe’s stall.

Residents can also get traditional Indian lac bangles made at the Royal Tandoor stall, where Mohammed Aslam Maniyar, a popular bangle-maker and Souq Waqif staple is stationed.

The weather does get a bit chilly as the sun goes down, so bring a shawl along to cover up against the cool seaside breeze. Meteorologists are also forecasting rain tonight and tomorrow morning, so consider bringing an umbrella.

The festival runs from 1 to 10:30pm daily through Saturday, March 28. For more information about parking and other details, visit our festival guide here. New rules in the works to regulate drone usage in Qatar 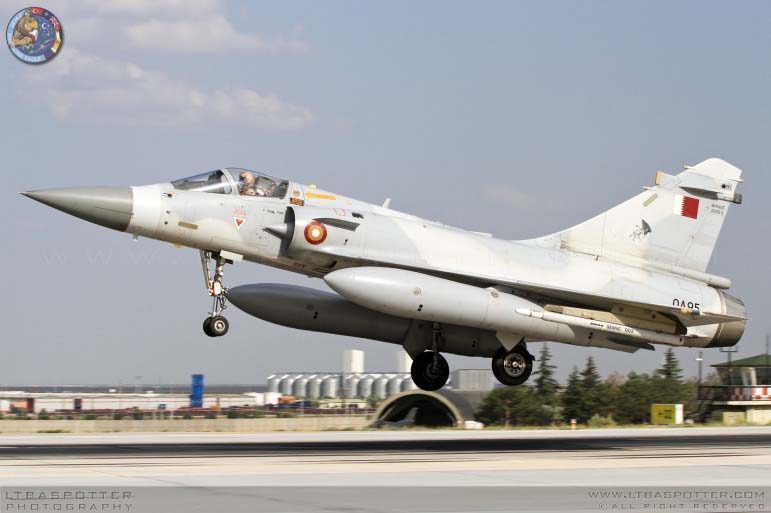 I don’t think you can call it an international food festival when one of the main dishes of the world is missing. Pork is central to many cultures cuisine from Germany to China to Brazil and many inbetween, however it will be wholly missing from this festival. A denial of choice to the patrons who would visit.

One of the great joys in life is a full English breakfast or ribs Chinese style.

No thanks for reminding! Spoilsport! :-/

You are the most optimistic commentator on D.N. and you do sure post a lot 🙂

I prefer wet ribs from Memphis. The Rendezvouz!

THis is funny. Entire Far East puppies but nowhere else in the world they would let you eat dogs. You will not complaint there but Arab world is easy target where you guys are always right.

I have no issue with people eating dogs, after all the French eat horse. It’s a freedom of choice issue, whereas in the arab world dictators rule the roost and the people are told what they can and cannot do. Such a shame.

you should retaliate by hosting your own festival, MIMH’s pork & booze festival

I have that every Friday at my house but it’s invitation only….

Excellent, no need to complain then

I would love to go, but I think i’ll skip this one due to the climate forecast.

Mr Taco is NOT mexican food. Plus it’s awful.

I couldn’t agree more! Mr Taco is about as Mexican as I am Arab. Got any recommendations? We really miss good Mexican food. So far, the best Mexican food we’ve found in Qatar is in our own kitchen.

Not really. California Tortilla is good, like Chipotle or Quedoba. I have to agree, the best is at home. Plus while Taco Bell is not everyones liking I do miss it and better than anything here. I want good Margaritas!!!! (again at home is best in doha)

I second the California Tortilla recco. We had it last night and were pleasantly surprised that the queso was YELLOW! Just like Taco Cabana @ home…

Agree with you and desertCard on Cal Tort. Good for a burrito when on that side of town. And yes, their chips, guac, and queso are surprisingly good for this side of the world! Was just wondering if there was some secret or overlooked Mexi that we had missed…… I’ll keep churning it out in my own kitchen!

Have you ever actually been to Mexico or are you referring to US version of Mexican food which most people think is Mexican (ehem Fajitas?). California Tortilla is OK but it is only burritos, again more a US version of Mexican food than actually Mexican Food. Mr. Taco is probably the most accurate Mexican food I’ve tried outside of Mexico. We’ve even been through the hassle of driving all the way there from the pearl a couple of times even if we hate driving in Doha.

I’ve been to Mexico and where I’m from we have lots of Mexican immigrants who’ve opened restaurants. Mr. Taco comes no where in the same universe as either of these options. You’ve obviously never been to any eateries in South Texas/New Mexico either.

I’ll rephrase that: Have you eaten in Mexico outside of the tourist areas? You are right, I haven’t been to eateries in South Texas or New Mexico. However, I’ve have had Mexican food in lots of places outside of Mexico run by both Mexicans and non-Mexicans (I don’t know but I’m willing to guess that there are just as many Mexican immigrants in Southern California as there are in Texas or New Mexico). It is quite hard to replicate (even for Mexicans) because most of the time it is hard to find all the right ingredients so you start substituting some and the end result is therefore slightly different.

Weather or not Mr. Taco is in the same universe or not than eateries in Texas is a subjective analysis and therefore I can’t argue with that. But by that measure then Taco Bell, Chipotle and California Tortilla should be even farther away. I’ll agree with you that it is still not like having food in a proper restaurant in Mexico, but I stand by my statement that it is much closer than anything else I’ve had before outside of Mexico (Specially Doha or Europe).
So, saying that Mr Taco is not Mexican food is a big overstatement. Saying that it is awful is your opinion (again, I can’t argue with that). It might not be the kind of Mexican food you like but I’m pretty sure most Mexicans (if not all) would have it any day over any of the other options available in Doha (The intercontinental hotel serves an awesome tortilla soup though).

It’s a truly National or local food fest. . Not international. by a casual look at names of stalls prove that. Prices were reasonable except for dine in sky..QA overpriced as usual.

Wish there had been more bathrooms and garbage cans, but I guess that would have required planning…