Among the 250,000 leaked US government documents WikiLeaks has published, some 30 cables originating from the US embassy in Doha are tagged “Al Jazeera”, and many more discuss the Qatar-based broadcaster, at least in part.

The cables detail numerous meetings between US embassy representatives and the heads of Al Jazeera, discussing reports prepared by the United States Defense Intelligence Agency on the news network’s broadcasts and online reports.

But rather than indicating collusion between the two parties, the documents end up offering insight into the struggle Al Jazeera has had maintaining professionalism, while also giving journalists of wide-ranging backgrounds the freedom to work.

That’s the story I tell anyway, in an article for Foreign Policy magazine: What Wikileaks Tells Us About Al Jazeera.

Check it out, and let me know what you think! Official: Canadian embassy in Qatar is open, but not yet ‘operational’ 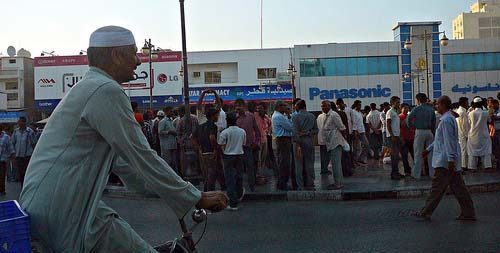