WhatsApp has become the social media tool of choice in Qatar, overtaking Twitter, Instagram and Facebook as the favored means of getting news and sharing photos, according the results of a new poll.

Qatari nationals in particular have embraced the technology and are using it for more than just sending simple messages to friends, with 98 percent of those polled confirming they were aware of it, and as many as 97 percent of saying they used it.

The survey, conducted by Ipsos Qatar for the Ministry of Information and Communications Technology (ictQatar), questioned 1,000 adults in Qatar (500 Qataris and 500 non-Qataris) between Sept. 1 and Oct. 16 this year about their social media usage.

It found that overall, 96 percent of those quizzed said they were aware of WhatsApp, and 87 percent used it. Broken down by demographics, 92 percent of Arab expats said they used the medium, compared to 82 percent of non-Arab.

In contrast, Facebook remains unpopular among with nationals on social media, Of the six main channels, it ranked second-bottom for use with Qataris:

Less than half (44 percent) of Qataris quizzed said they chose to communicate through Facebook, while more than three-quarters (78 percent) of Arab expats and 89 percent of non-Arab expats use it.

This is a turnaround compared to trends in a report which was published in June last year by the Dubai School of Government, which showed Facebook to be Qatar’s most popular social media network.

The  5th Arab Social Media Report said that some 34 percent of Qatar’s population used Facebook in March 2013, while 13 percent are on LinkedIn, and 3.8 percent use Twitter. However, it did note that Facebook usage was falling in Qatar, with 1.5 percent fewer users by mid-2013 than in January and that it was part of a wider trend in the GCC.

Highlighting the fast pace of change in social media, this study was conducted before SnapChat and WhatsApp had really gained a footing in the region.

One reason for Facebook’s unpopularity in Qatar could be the perceived lack of privacy and control over messages and photos posted on Facebook, which can be quickly shared outside of “friend” groups. Whereas WhatsApp is seen to be easier to control and thus is a better fit, taking into account Qatar’s social mores.

Interestingly, while Instagram is also popular with Qataris, with two-thirds of nationals saying they use it, only around one-third (37 percent Qatari men, 31 percent Qatari women) said they shared photos through the media.

A presentation outlining the key findings of the survey concluded that Instagram is growing in popularity in Qatar, particularly among young women (aged 15-29) as a means not only of sharing photos but also of meeting new people and posting status updates.

Around one-third of Arab (34 percent) and non-Arab (33 percent) expats use it, with just 4 percent of non-Qatari men sharing photographs using the technology.

WhatsApp is also the favored source of news for Qataris, with one-third (34 percent) using it to check what’s going on in the world, compared to just one-fifth of expats (21 percent) using it for the same purpose.

The non-Qatari community is more likely to rely on Facebook (52 percent) for its news updates, while just 12 percent of Qataris get their news this way.

Twitter fares moderately, with one-quarter of Qataris saying they use it to get news, compared to 12 percent of expats.

One of the key trends highlighted in the presentation is the predominance of English as the language of use, particularly among young people. Only one-third of them use Arabic to communicate, compared to half of those (51 percent) aged 30 years and upwards.

This could partly be an infrastructure issue, as many social media platforms were originally designed to be operated using Roman script, and so for a long time didn’t properly support the use of the Arabic language.

It may also be a product of the internationalization of young people in Qatar, particularly online, with many comfortable communicating and sharing in both English and Arabic.

There have been some attempts to increase the amount of Arabic-originated content on social media in Qatar in recent years.

The Dubai School of Government report found that Arabic tweets account for more than 76 percent of all tweets in the region, a 10 percent increase on the same period in 2012. This trend was even greater in Qatar, where there was a 14 percent rise in tweets in Arabic.

Some ministries and government departments are involved in the effort to raise the profile of Arabic. In Qatar, for example, the Supreme Education Council (SEC) tweets only in Arabic, while 35 percent of the Supreme Council of Health’s tweets are in English, the report added. 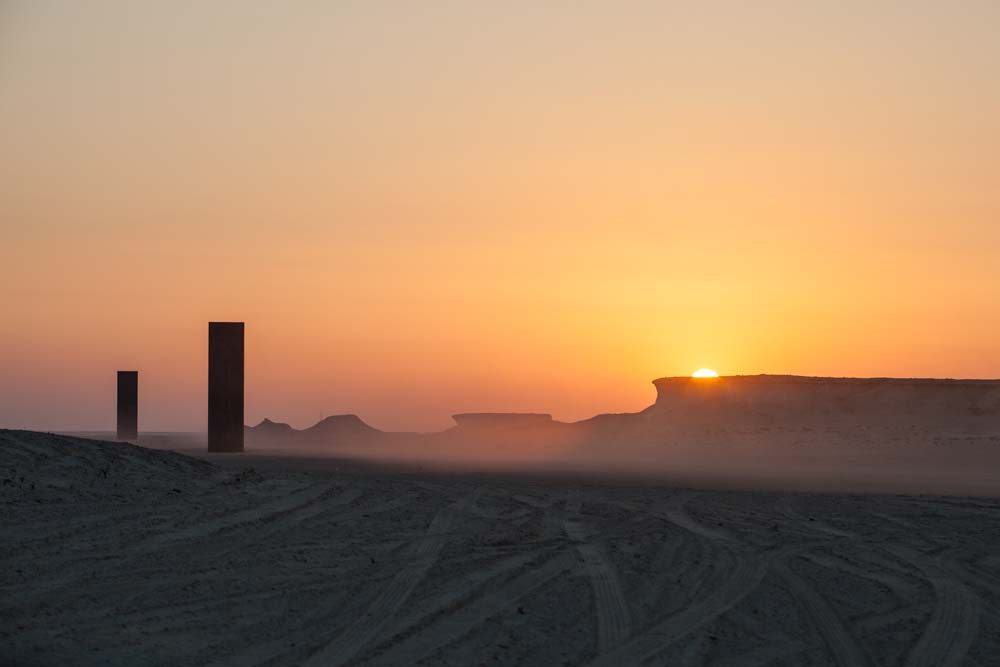 Before leaving Qatar, checking everything off on the bucket list I’m surprised this is considered news…

It begs the question, is anyone else surprised?

I’m surprised all of you are surprised!

“One reason for Facebook’s unpopularity in Qatar could be the perceived lack of privacy and control over messages………..”

If it’s a matter of privacy concern, it’s like being penny wise and pound foolish, as both of these (Facebook & What’s App) are owned by a single firm. So real privacy is nothing but a joke!

You forgot VPN, the way to get around stupid censorship in Qatar.

Whatsapp is favored by women who cheat on their men in Qatar. I am not kidding.
During my few years in Q, most of the women I was seeing were married and they always preferred that method of communication because it is less risky than FB and other social media.