Qatar has once again been ranked among the top 10 most popular tourist destinations for Muslims around the world, according to a new report.

However, it dropped one place in this year’s Global Muslim Travel Index, switching with Saudi Arabia, where Muslims flock to perform umrah.

This year, they ranked 130 countries based on factors such as ease of travel for Muslims, access to halal restaurants and the provision of prayer rooms in airports, shopping malls and hotels.

Qatar was sixth out of 48 Organization of Islamic Cooperation (OIC) member states.

For the seventh year in a row, Malaysia took the top spot in 2017. The UAE came in second place, Indonesia in third and Turkey in fourth.

Meanwhile, Singapore topped a separate list of non-majority Muslim countries, followed by Thailand and the UK.

Despite slipping in the rankings, Qatar’s score has not changed much from last year.

In many areas, its numbers remained either the same or went up:

However, its already low score in the Muslim Visitors category dropped further, from 15.7 in 2016 to 14.3 this year.

This section calculates the percentage of Muslim visitors to Qatar.

This category includes factors such as the availability of Muslim visitor guides, destination marketing targeted at Muslim travelers and what percentage of the population is Muslim in the country in question.

Qatar has been struggling to boost its tourism numbers in the last year, though Muslims do account for a big portion of their visitors.

In addition to CrescentRating, Qatar has fared well on other recent tourism indexes, in part because it is safe and stable in a region that is not.

Last month for example, the World Economic Forum (WEF) said Qatar has the second most competitive economy in the Middle East when it comes to travel and tourism.

And travel website Frommer’s has recently listed Doha as one of its top global destinations for 2017. It highlighted Qatar’s luxury hotels, its Museum of Islamic Art and Souq Waqif as things to check out.

But others have less positive things to say. Last year, Condé Nast Traveler listed Qatar as one of the world’s most unfriendliest destinations for tourists.

The designation came from a readers’ survey, which included complaints about the traffic and “rude” people in Doha. 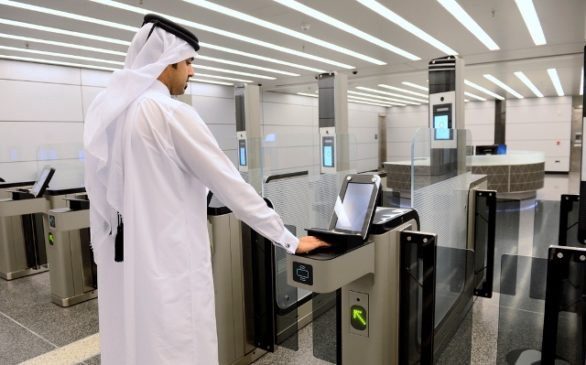 Qatar to double e-gates at Hamad International as demand surges