Nawaal Akram aspires to be the role model she looked for – but didn’t find – as she was growing up in Qatar.

The 17-year-old Pakistani expat was diagnosed with muscular dystrophy when she was four years old.

The genetic condition means that she now gets around Doha in a wheelchair, but this restriction hasn’t limited the scope of her ambition.

Despite leaving formal education when she was 10 years old, Akram is now a stand-up comedian, Paralympian in training and founder of the support group Muscular Dystrophy Qatar.

Her journey to get to this point has been far from straightforward, however.

Akram was born in Doha, and Qatar is the country she calls home.

Although she said that opinions here are changing rapidly, she grew used to people making fun of her in public as she was growing up.

“Before I was in a wheelchair, I would walk, but I walked in a different way, and people would mimic me in public. They would make fun of me, and chatter about it loudly to make sure that I could hear what they were saying.

Even my teacher called me a slow-coach, in front of the other kids.”

At school, Akram was once pushed down the stairs by another pupil.

“Kids are cruel,” she said, acknowledging that some of her friends were very understanding.

She believes others were less so because they were not told about – or exposed to – disabled people by their parents.

She said that she feels many people in Qatar are uncomfortable around people with physical challenges because they rarely see them in public, or in the local media.

She added that she considers herself “physically challenged” rather than disabled.

“Disabled is a term used about a phone, when it doesn’t work,” she said. “Well, I’m able to work and I’m not a phone. But people often don’t understand the term physically challenged, so I use disabled too, sometimes.”

Someone to look up to

Akram told Doha News that as a child, she would sometimes see men with disabilities out and about in Qatar, but no women.

“I wanted someone I could look up to. I thought, I can’t be the only girl in a wheelchair in Qatar,” she said.

Motivated by a desire to find others in her situation, Akram searched online, but she said couldn’t find the role model she was looking for.

Akram’s decision to put herself forward as this role model was driven partly by adversity.

At the age of 10, her British curriculum, international school told her parents that she could no longer attend.

“They told my parents the teachers couldn’t handle it, that they didn’t want me to be there because they couldn’t provide the facilities I needed,” she said.

Akram’s parents initially considered legal action, but decided against it when, according to Akram, the school threatened to expel her siblings if they were taken to court.

Her mother and father then found out that while Arabic speaking disabled kids are able to access education at the country’s publicly-funded Independent schools, Qatar’s private English speaking schools were not so willing.

Her parents were unable to secure a place at any of the other schools they tried. “Either I wasn’t the right physically challenged kid for them, or the right nationality,” she said. “And I wasn’t “special” enough for special schools.”

As a result, they resorted to private tutors to continue Akram’s education.

Despite their best efforts, the situation made her feel depressed.

“I dealt with racism and discrimination before I knew the meaning of it,” she said. “And my mental health was getting affected. I was depressed that I was getting judged for things I had no control over – my nationality and my disability.”

Keen to get out of the house and to forge her own path, Akram began volunteering. A stint at Mada, a local non-profit organization that helps provide people with disabilities in Qatar with technology to improve their quality of life, taught her about the power of social media.

“It can tell you what is possible for you, and if something is possible,” Akram said. “From there, that was the reason I got into all of this.”

By “all of this,” Akram means her budding media and sporting career.

The teen’s growing Instagram and Twitter following are regularly updated with her activities, which include learning to scuba dive, training as a potential paralympian in the sport of Boccia, appearing in a short film,modeling at a fashion shoot for Qatari brand fanillacouture, and appearing as a comedian with Stand Up Comedy Qatar (SUCQ.)

Taking to the stage with the SUCQ comedians has allowed her to challenge people’s perceptions, she said.

“The first time I did it, people were not used to seeing a physically challenged person on stage. They obviously weren’t expecting the things that came out of my mouth. I think they were surprised that I even talked. They were shocked that I said all that stuff.”

She added that comedy allows her to raise serious topics in a safe environment, to provoke discussion and debate. “People laugh at it, and they also realize, we need to fix this problem,” she said.

Akram is also motivated by a desire to take on sexist attitudes that she said she regularly encounters in Qatar.

“Recently, I’ve had lots of conversations with men here, and they are not ok with me being in the media. They were shocked that I’m female, I’m disabled and I’m Muslim, and I’m doing all this.

I want to prove them wrong. I’m doing interviews just to show them. You tell me not to do something, I’m going to go do it.”

Akram said that her parents are fully supportive of her career choices – “they want me to gain knowledge, they want me to learn new stuff,” she said – and that she hopes to make comedy a permanent job.

She’s also keen to develop her love of acting, and to register her support group, Muscular Dystrophy Qatar, with the authorities when she is 18, and therefore legally old enough to do so. She hopes the group will encourage other MD sufferers in Qatar to come forward and meet each other.

Health-wise, Akram is very unsure about what the future will bring. She has been diagnosed with Duchenne Muscular Dystrophy, a condition associated with rapidly deteriorating health in its male sufferers, but which affects its rare female sufferers very differently.

“Males with it, they will start having breathing problems and have heart issues at a young age, but I haven’t had those problems,” Akram said. “I hope it stays that way.”

Akram is hoping that her condition will remain stable enough for her to achieve another future goal – to get married, and then perhaps, if she is able, to have a family too.

“Pregnancy would be a huge risk for my health. If I’m going to have kids, I will need to do it earlier rather than later,” she said. “But I’m ok with not having kids. And there’s always adoption.”

Whatever her personal future brings, Akram hopes that by speaking out, attitudes towards physically challenged people in Qatar – “a country which is like home, literally” she said – will keep changing for the better.

“I want my home to be accepting and loving of everyone,” she added. 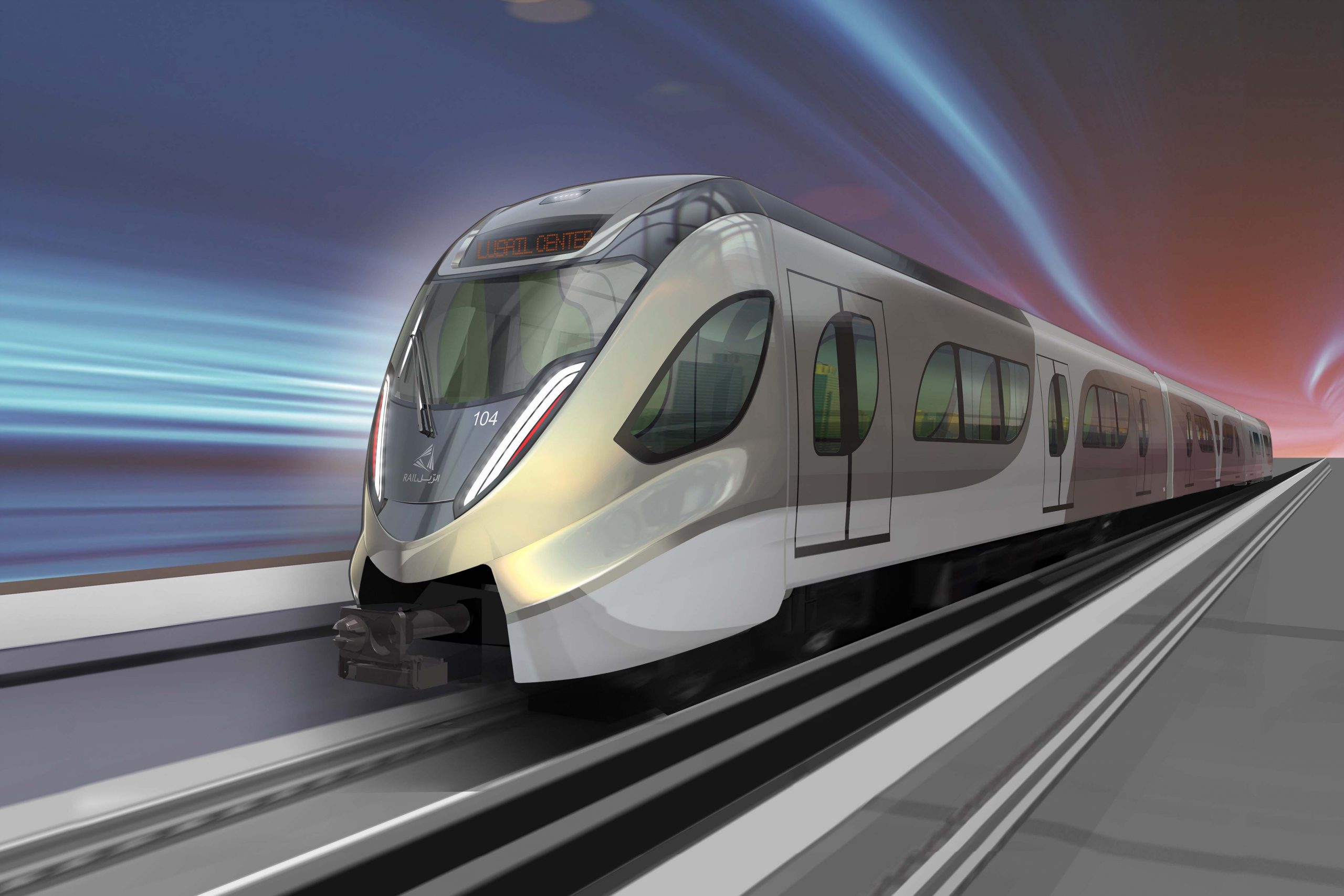 Here’s what the Doha Metro is going to look like