Thousands of people turned up to the Museum of Islamic Art Park on Friday to watch some three dozen manmade “flying” machines launch off the pier and into the water, along with their “pilots.”

None of the machines went very far, but people seemed thrilled nonetheless to be a part of Qatar’s first RedBull Flugtag event.

Throughout the afternoon, spectators – including many families – picnicked at the park while watching the competition.

Because teams were judged not just on flight distance, but creativity and showmanship, many participants dressed up in elaborate costumes and performed dances. Team designs included Angry Birds, a Qatari man, a camel, and a giant slice of pizza. Some competitors also flew the flags of their countries to represent their nations.

Learn more about the day and the winners with this roundup of the event:

Were you there? Thoughts? 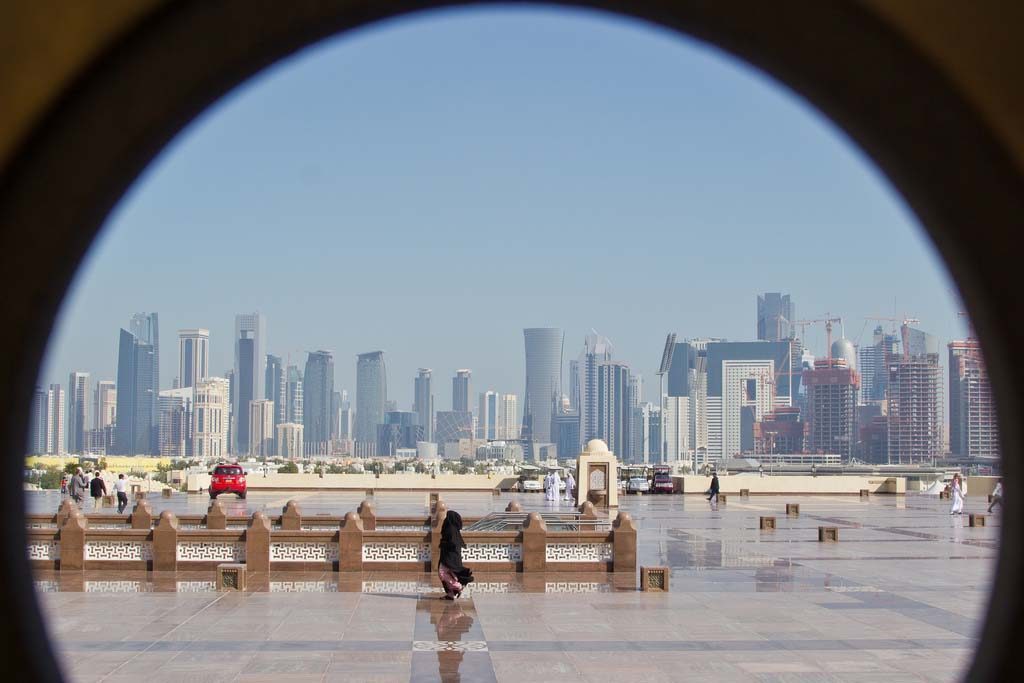 I thought it was a great family fun day out!!!!! For once an event started on time, apparently ran a great park and ride service, had adequate facilities, staff that attended to the guests really well… AND provided great family entertainment – apart from not being able to really hear the presenters (which possibly made them think we weren’t listening ) i was a really nice day!!! Well done Sheikha Myassa, Redbull and the event planners/organizers!!!!

Agreed. As someone who finds a way to complain about almost everything in this country, I’m afraid I can’t come up with much to object to. Perfect weather, lovely setting, no parking/logistical hassles, some hilarious and creative contraptions – all in all, a fantastic way to spend an afternoon. Well done, organizers.

It was good, but we could hardly see or hear anything! They should have put huge screens so everyone could see what was really happening on stage. Organisation was good, but the car park should have remained closed! (A little unfair with those ones that parked in the special car park to find out that an hour later the MIA car park was open).

The transitions between each contestant took way to long. They should have played music during each setup.

local bands, face painting for the kids, bounce house, a large screen to see plus provide instant replay, better commentators, free redbull handouts, and maybe a surprise visit from that guy who jump from the moon would have been nice. All in all it was free, and something to do, so I guess I can’t complain.

Great day out. It’s a pity it was designed in such a way that the spectators couldn’t see any of the action up close, and that the only big screen was facing the wrong way so only judges could see it. The digger pulling wrecks out of the water and the crane camera thoughtfully obscured any remaining action left to be seen. But there was a great atmosphere all the same, very festive and cheerful. Next time, make it so it’s viewable by the people there, not just for those who watch the Red Bull channel on YouTube.

They need to do something about the catering. Took nearly half an hour queuing to buy bottles of water. How hard can it be ??? Do I really need to place my order with one person, pay another and then collect from a third ??? Think that they need to get a few lessons on event catering.

Looks like a good time was had by many, sorry I couldn’t be there.