Nearly a month after its Sept. 9 reveal, Apple’s iPhone 6S and 6S Plus are scheduled to officially go on sale in Qatar next week.

Residents can now pre-order the devices from both Ooredoo and Vodafone ahead of the Oct. 10 sale launch date, though some models already appear to be out of stock.

Those who choose to pre-register with Ooredoo will receive an SMS and email confirming their order. They will also be invited to the launch at the Doha Exhibition Center at midnight on Oct. 10 (late Friday night Oct. 9), where they can pick up their reserved devices.

However, as of this morning, only four of the 12 iPhone 6S models appeared to be in stock – the 16GB 6S in space gray, silver and gold, and the 64GB in space gray 6S.

Meanwhile, five of the 12 iPhone 6S Plus devices are still available – the 16GB version of the device in all colors, along with the 64GB gold 6S Plus.

Customers can pay online via credit cards issued by banks in Qatar only, and orders will be prepared on a first-come-first-served basis.

The Vodafone pre-registering service is exclusive to its Red or Falla Postpaid customers only, and devices will be ready for pickup from its Villaggio store on Oct. 10.

However, as with Ooredoo, many of the Vodafone iPhones are also sold out.

Currently, the company still has the 16GB iPhone 6s in silver, gold and space gray available, though all the 128GB models of the iPhone 6s Plus have already been reserved.

Apple devices have long been popular in Qatar, with the previous version of the device, the iPhone 6, becoming one of the best-selling smartphones in the nation’s history, according to Ooredoo.

Residents who pre-order via Ooredoo are only allowed to purchase a maximum of two iPhones – one at a time – per person. Residents need to input their Qatar ID or passport number when pre-ordering, and will need to show the document as identification upon collection.

Falla and Vodafone Red customers are only allowed to reserve one device each. Customers will then be notified via SMS once their devices are ready, and will have until 11pm on Oct. 10 to present their identifying documents and collect their orders.

Those unable to make the trip will have their pre-order canceled and payment reimbursed within 14 days.

Vodafone Red and Falla customers who purchase the new devices will also receive double data allowances for six months, based on their current data bundles.

Reviews on the new iPhone 6S and 6S Plus are mixed in terms of whether they offer a “new experience” from previous models, though the new devices do comes with some upgraded features.

That includes a new 3D Touch system, in which users can now apply different levels of pressure to access different features and interact with content.

According to Apple, the 3D touch system will enable customers to “peek” and “pop,” in addition to using existing tactile functions like “tap,” “swipe,” and “pinch.”

“Peek” lets customers preview content on their phones – emails, websites, links, etc. – without actually opening them, while “pop,” which is activated by a more forceful press, allows users to fully open the content.

The new devices also offer a “live photos” feature, in which users can capture a gif-like image composed of the original photo, and the movement and sound recorded right before and after the picture was taken.

Unlike the iPhone 6, which came equipped with an 8-megapixel camera and no front flash, the new devices have a 12-megapixel rear camera, a 5-megapixel high-definition front-facing camera with a flash, and new 4K video capabilities.

Though the video will now be four times the definition of HD videos, it’ll also be three times the file size, eating up the device’s memory more quickly.

The company has also added a fourth color, rose gold, to its current roster of metallic gray, silver and gold. Qatar grows by another 160,000 people since last September 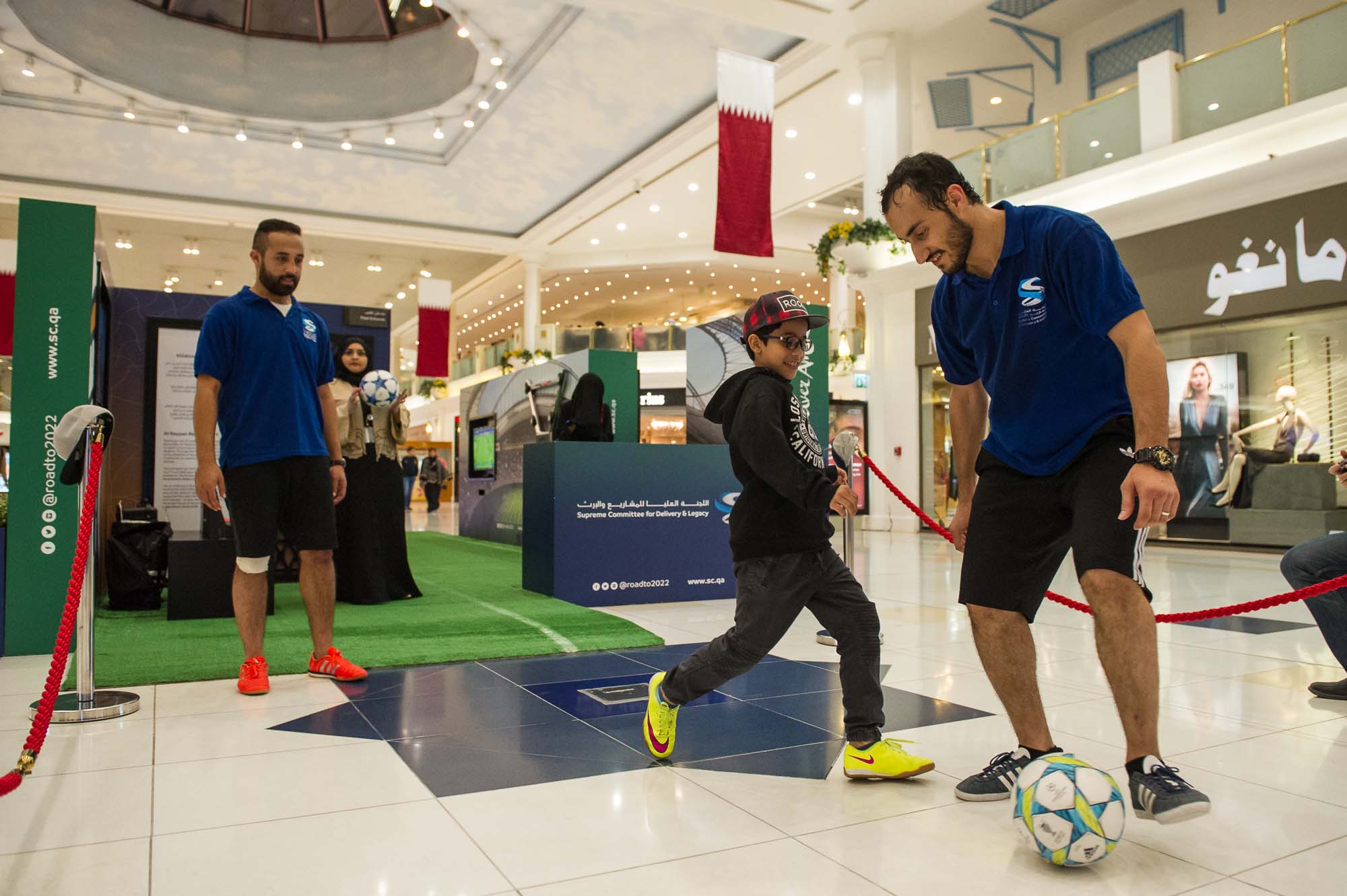