(Updated on Oct. 2 to include information received from Msheireb in response to questions.)

Qatar residents will get their first opportunity to visit the multibillion-riyal Msheireb redevelopment on Saturday, when the prayer grounds there open for Eid Al Adha.

The Msheireb prayer grounds run alongside Jassim Bin Mohammed Street for a full city block, and are located directly across from Al Koot Fort near Souq Waqif.

The 3,200-square-meter facility has a capacity for 3,612 people. Parking is available at Souq Waqif and the Al Shoukh Mosque.

There are three main entry points on Jassim Bin Mohammed and Masat streets. Its interior features include stone-clad finishes to walls and floors, a drinking fountain and 100 meters of classical Arabic calligraphy.

In a statement, developer Msheireb Properties highlighted its historic location:

“Last century, the Eid Prayer Ground was located at the edge of the old downtown, occupying a position adjacent to the burial ground and Al Koot Fort. As Doha developed during the oil boom, the space was formalised with an enclosing wall.”

Msheireb also provided Doha News with a brief history of the property:

It’s not clear if construction of the prayer grounds is fully complete, or if special accommodations are being made just for Eid.

The prayer grounds are part of the initial section of the QR20 billion (US$5.5 billion) mixed-use Msheireb real estate project, which consists of some 100 commercial, residential, hospitality and cultural buildings spread out over 31 hectares in central Doha.

Phase 1A was originally scheduled to be completed by the end of 2013, but that was later pushed back to mid-2014.

Other parts of the first section include the Heritage Quarter, featuring four restored heritage houses that will serve as a museum.

According to the project’s website, that’s now scheduled to be completed by January. The update says progress was delayed due an off-site fire that damaged exhibition materials and other works.

The first phase also includes the Diwan Amiri Quarter – made up of a Diwan Annex, National Archive and Amiri Guard building – which Msheireb says was expected to be completed this month.

When Doha News visited the site two weeks ago, the exterior of the buildings near Al Rayyan Road and Jassim Bin Mohammed Street – which according to a map include the National Archive and heritage houses – appeared to be largely completed.

However, the site was still an active construction zone, with extensive scaffolding in place and dozens of workers visible.

The next stage of the project will include offices, townhomes, apartments, amenities, government buildings, a school, cultural center and a mosque, according to an update published last fall.

It was also to include the first of three hotels planned for Msheireb. The 158-room Mandarin Oriental was originally scheduled for completion this year, but the hospitality operator told Doha News that it would now not open until 2016. 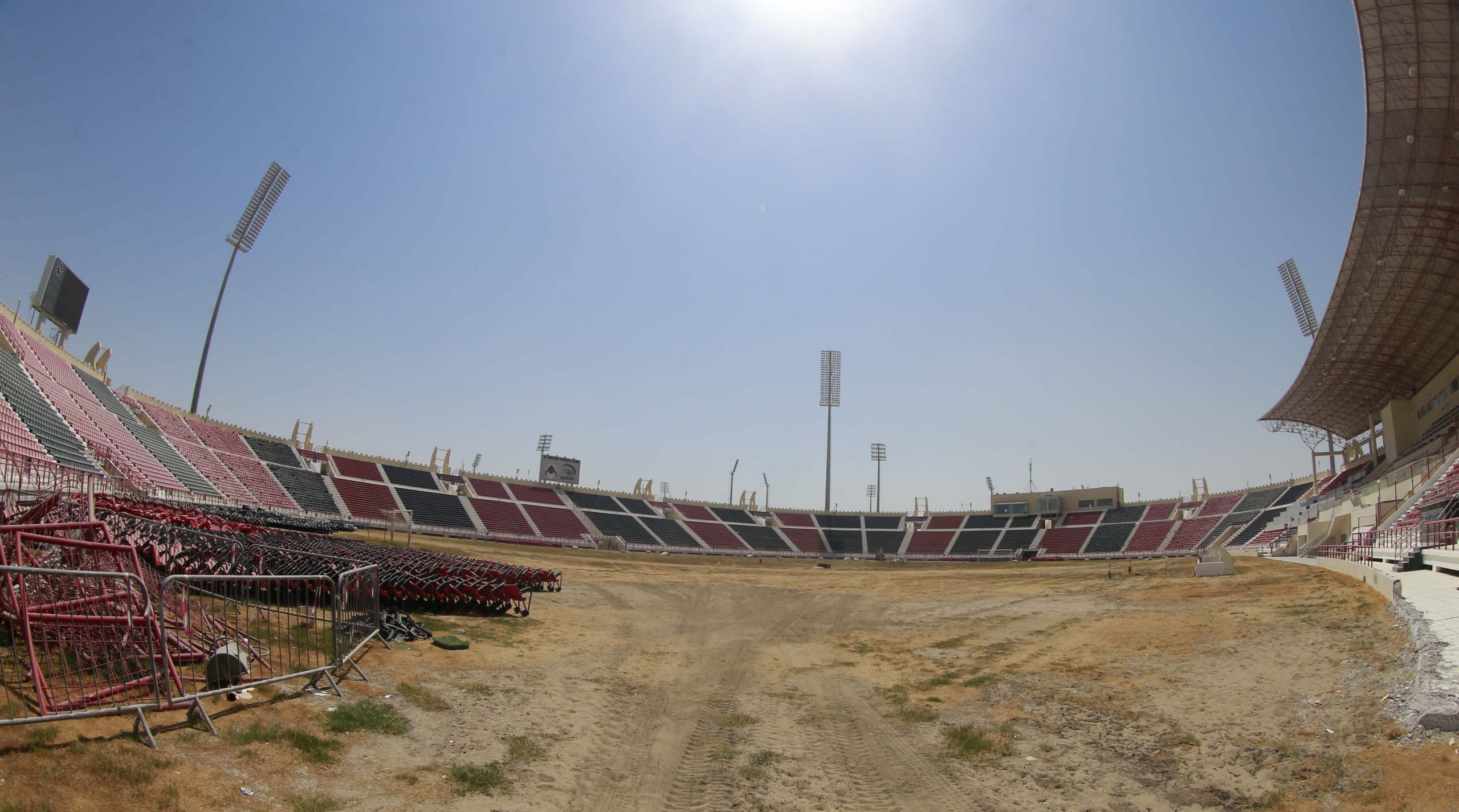 Will the first day be family only day?