The opening of a temporary amusement park on the grounds of the Qatar Sports Club in West Bay has been pushed back until the fall due to difficulties in securing the necessary permits, the organizer said.

The Doha Fun Fair was initially scheduled to launch in late March and run for five weeks. It planned to feature roller coasters, swinging boat rides, a snow globe attraction and various other rotating and moving contraptions.

Some of the more unique adult-oriented rides included a “slingshot” that catapulted riders inside a roll-cage into the air.

There was also supposed to be a “Sky Flyer,” where riders, attached to a central column by a rope, are swung in almost free-fall circles.

Though many of the rides were set up at QSC in March and April, they had to be taken recently due to another event at the venue.

Bilal Siddiqui, the project’s operations manager, told Doha News that the fun fair needed to obtain some 11 separate permits from various government ministries before it could open. Completing all the necessary paperwork took longer than usual, he said.

“We tried our level best to get all the approvals … They had to ensure that they were taking the proper precautions, which is understandable,” Siddiqui said.

For example, he said that obtaining the fair’s Civil Defense permit took about a month and a half, while securing the license for its CCTV security cameras took an additional two weeks.

“All that was remaining was an approval for security guards from the ministry and police, but before that could be approved, we received notice that we had to vacate the space,” he said.

Approximately three weeks ago, the Doha Fun Fair was told to clear the premises to make way for this year’s IAAF Diamond League, an annual series of track and field events.

Currently, the rides have been relocated to the back of the Sports Club, and will soon be moved to a proper storage location.

The company now plans to open the amusement park in September as temperatures in Qatar begin to cool.

The Doha Fun Fair is a joint venture between local events company Dania Events and Alan Crow Amusements, a UK-based company specializing in theme park rides that has previously worked at the Dubai Global Village.

While the fair’s postponed opening knocks one attraction off Qatar’s summer events calendar, other venues are planning multiple events as part of the Qatar Tourism Authority’s second annual Summer Festival.

The month-long event is scheduled for August and will feature new attractions, cultural events and brand promotions across Qatar.

An indoor Entertainment City will be set up at the Doha Exhibition Center, complete with a skateboarding rink, rock climbing walls as well as crafts, games and stage shows for children.

Festival organizers said in a statement that the program would also include open-air public displays, theatre and classical concerts, comedy shows, film screenings and musical performances.

The final program has not yet been released. 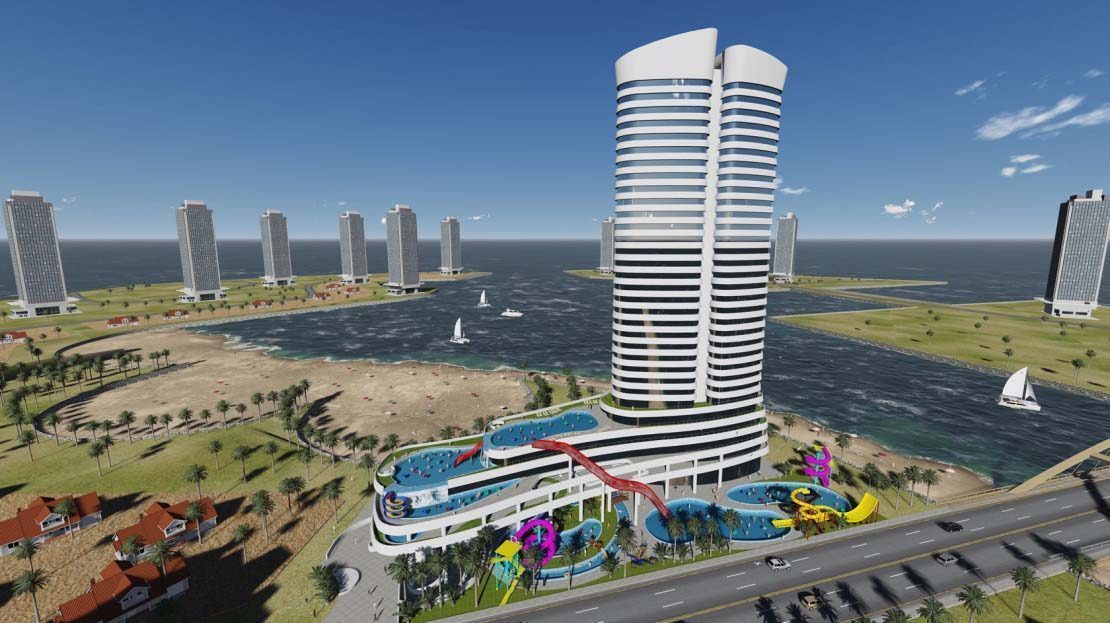 Don’t think I will be going on the ‘slingshot’ ride. With the combination of poor safety regulations and disgruntled laborers, I imagine the ride would live up to its name and I would find myself flying across West bay. Knowing my luck I’d probably end up splattered against the only tree in the area.

The Reporter
Reply to  Gracie

More likely to hit a flotilla of women-chasing jetskis

This is just hilarious 😀 Thanks for making me laugh 😛

This is the last thing I am looking forward to seeing in Doha and the second last is reading the story in February 2016 on DN of kid killed at Doha Fun Fair.

Lets face it the record in this country is not good.

You get what you pay for. If I would image myself in the shoes of one of those slabourers working as an electrician I don’t think you would want to live between the wires I’d put together…

Your comment reminds me on the weekend, I was by building pool and it was getting underwater lights repaired. The pool maintenance man couldn’t swim, so was being submerged and held down by two other blokes, he would come up for air gasping each time. They were flipping the electricity on and off to test each light with kids and parents in the pool.

Straight out of George Clooney’s Syriana.

Will the kids be sitting on the adults’ laps unrestrained?

Yeah! It’s just like not buckling them up to their seats in a moving vehicle but more exciting!

Anywhere else it would be fun – in Doha it would be a modified version of Russian Roulette.

You would probably have better odds when playing Russian Roulette

while using an automatic pistol!

I cannot believe the opening has been put back. Are there any other instances of projects being delayed in Qatar?

Nooo. It’s the first time such thing happens…. And I am sure we won’t see it again.

I saw the rides piled up at the back of the stadium parking. they looked like the ones that do the small county fair circuits in the states. Ride at the risk of your life.