An American couple charged with murdering their eight-year-old daughter by starving her to death appeared in a lower Doha court for the fourth time today.

During that hearing, a judge denied a request to grant bail to Matt and Grace Huang, who have been in police custody since the day after Gloria died on Jan. 15.

The case has been adjourned until November. If found guilty, the couple faces the death penalty, though Qatar has maintained a moratorium on actual executions for a decade.

Gloria, who was adopted by the Huangs from Ghana, died at Al Emadi hospital after her heart stopped of causes that remain unknown, according to the couple’s American legal counsel.

A medical examiner from Hamad Hospital testified in June that she appeared to be emaciated and died of cachexia, a rare disease that causes the body to waste away. But he was also careful to clarify that she did not die of starvation.

The prosecutor charges that Gloria was starved to death because she had not eaten in the four days leading up to her demise.

But the Huangs maintain that Gloria had an eating disorder due to growing up in extreme poverty, and that they were working to help her break the cycle of binging on food and then going several days without eating.

Dr. Janice Ophoven, an American forensic pathologist who specializes in autopsies of children, examined Gloria’s case and concluded that she died of various factors, including a weakened immune system.

In her report, which was obtained by Doha News, Ophoven said:

“There is a major difference between a child who dies of starvation because her parents starve her and a child who suffers adverse health consequences because she has a self-induced eating disorder.”

The Huangs also have two other adopted children – a son who is biologically related to Gloria, and another son adopted from Uganda. They are currently in the care of their grandmother, but are not allowed to leave Qatar.

Grace, a church-going Christian of Asian descent, faced the court today in Islamic attire – a blue hijab and abaya – which she affirmed to Doha News that she was required to wear.

Representatives of the US Embassy in Doha and supporters of the Huangs from California also attended the hearing.

The US Embassy declined to comment on the case. But Justin Brooks, director of the California Innocence Project, a program run by the California Western School of Law that works to clear people who have been charged with crimes they didn’t commit, said that today’s testimony did not reflect the evidence:

“The reason i got involved in this case is because it makes absolutely no sense, the theory of the prosecution. You have this well-educated couple who spent tens of thousands of dollars in the adoption process to bring these children home.”

Cultural differences such as an Asian-American couple’s decision to adopt children from Africa may also be at play here, Brooks said.

According to a website set up by the CIP with the David House International Crisis agency and American law firm Lewis and Roca to clear the Huangs’ name, police in Qatar previously claimed that the couple’s adoption was “suspicious,” because children who are adopted should be good-looking and well-behaved, or at least share the hereditary features of their adoptive parents.

Adoption is not common in the Muslim world, which favors a system of foster parenting.

Brooks, who said the case has dragged on long enough, added:

“The most common cause of wrongful conviction is poor investigation. You get a situation where the police have a theory and look for facts to the confirm that theory, and this is a classic case of that.”

The Huangs moved to Qatar last year after Matt got a job working on a water purification and recycling project related to the 2022 World Cup. Grace, who has a master’s degree in education, had been home-schooling the children, aged 5, 8 and 9 years old.

The couple has not been allowed to meet since their arrest in January, but are permitted separate visits from their sons, Brooks said.

Calling attention to the distress the family has been facing, Matt Huang spoke to Doha News after the hearing, before being taken away by police:

“We’re suffering, and we’re innocent. We believe that the court will find us innocent. I would like to be reunited with my wife and children.”

The next hearing is Nov. 6. 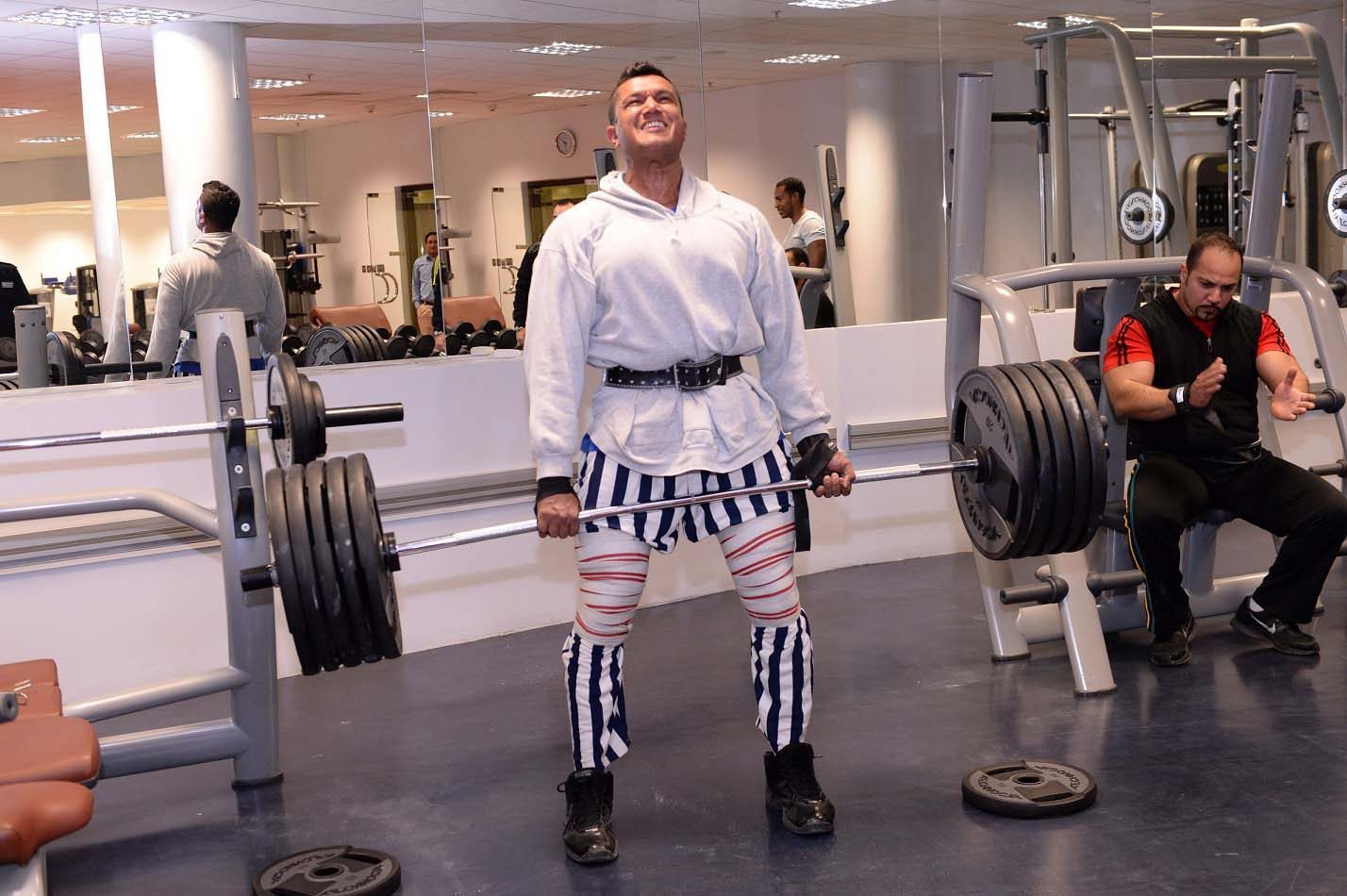 Athletes in Qatar to compete for ‘strongest man’ title on Friday