Work on Qatar’s first World Cup stadium in Al Wakrah will proceed full steam ahead this month following the hiring of a new contractor, the Supreme Committee for Delivery and Legacy (SCDL) has announced.

Qatari firm HBK (Hamad Bin Khalid) will be responsible for the enabling works – clearing the site, building the foundations and installing underground services. Prior to the awarding of the contract, some 100 men had been working to clear the site of the new Al Wakrah Stadium.

HBK is expected to start within the next few weeks and complete its work by March of next year.

The SCDL has said it would announce the main contractor – expected to be a joint venture between a local and an international firm – by the end of this year.

Designed by AECOM and Zaha Hadid Architects – the firm behind the London Aquatics Center built for the 2012 Olympics – the stadium is based on a dhow boat, traditionally used in Qatar for pearl fishing.

The 40,000 seater arena has been designed with detachable top tiers which would reduce the stadium’s capacity to 20,000 after the 2022 World Cup. These modules will be donated to countries in need of sporting infrastructure, according to Qatar’s plans to recycle its stadia after the event.

The Al Wakrah stadium is due to be completed by 2018 – some three years later than initially planned.

In a statement about the start of ground works at Al Wakrah stadium, SCDL Secretary General Hassan al-Thawadi said:

“We are excited to announce the next stage of works for Al Wakra stadium and look forward to continued progress on the ground this year.

“The stadium and surrounding precinct will leave a social legacy in Al Wakra and by appointing HBK, a Qatari company, we aim to also contribute to the economic legacy of the FIFA World Cup in Qatar.”

The stadium will be surrounded by 560,000sqm of “legacy precinct” – a community and sporting area designed to reflect the history and cultural heritage of Al Wakrah and the adjacent historical settlement of Al Wukair.

It will feature a park, mosque, school, hotel, wedding hall, vocational training center and shops, designed to boost the economy of the area.

In addition, nine new venues were scheduled to be built – these were to be at Al Wakrah, Doha Port, Al Shamal, Al Khor, Umm Slal, Sports City, Lusail, Qatar University and Education City.

However, last month, the SCDL issued a statement, following rumors that Qatar had cut its planned number of stadia due to costs and delays.

“Given the size of our country, FIFA and the Local Organizing Committee decided to look into reducing the originally proposed 12 venues to fit the country’s specifications while ensuring best playing conditions for all 64 matches,” it said.

While Qatar’s venues are expected to be reduced to nearer eight, the SCDL said that the FIFA Executive Committee will decide on the final number of host venues by March next year.

Note: This article has been edited to reflect the correct name of HBK. 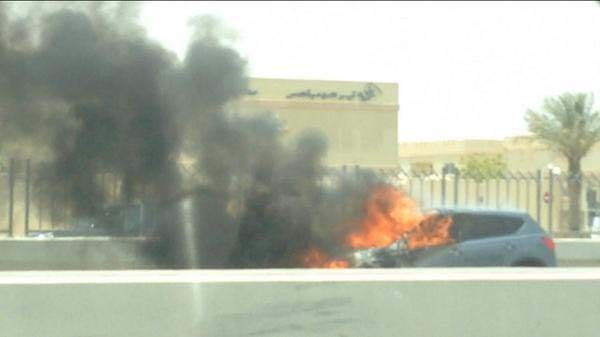 Worker housing standards in Qatar up for a revamp

“the stadium is based on a dhow boat, traditionally used in Qatar for pearl fishing.”

I’ve seen quite few dhow boats in my time, and this stadium doesn’t look like any of those . . .

I just worry about the few days a year when it rains. Isn’t this stadium design at risk of becoming very

very what? Don’t leave us hanging!

I for one cannot wait for the stadium based on a woman’s thingy to be finished. It will be a thing of beauty, especially for those flying into the new airport….

if there is yet no decision if it is summer or winter, what if WC22 will be played in the summer? Don’t they have to start building knowing that the stadium has to have an air conditioned system (of what kind then?) before starting the construction???

Dont worry – if they need it in the summer they will just get some guys round with some split AC units and use gaffer tape to fix them to the underside of the canopy.

How are they going to keep it air conditioned with the opening in the middle? You know, the one shaped like a “dhow”…..