After 10 years, the relationship between Qatar Foundation and the RAND-Qatar Policy Institute (RQPI) will come to an end in December, the think tank has confirmed.

QF declined to comment, but it had made the decision “recently,” according to RQPI Director Dr. Obaid Younossi, whose organization led a redesign of Qatar’s publicly funded school system that is widely regarded as failing.

Speaking to Doha News, Jeffrey Hiday, director of media relations at the US-based RAND, said that the decision was “no surprise,” and said that RQPI hopes to remain in Qatar:

“We agreed on a 10-year contract with the Qatar Foundation in 2003, which is coming to its natural end. What we are still working out is the nature of our presence in Doha and other Qatari client relationships going forward.”

Over the past decade, RAND has been at the center of public policy reform in Qatar.

In 2003, RAND was commissioned by Qatar to conduct an extensive overhaul of the country’s publicly funded education system, which the think tank identified as having an “outmoded, unchallenging curriculum, emphasizing rote memorization,” as well as having underpaid teachers, poorly maintained school buildings and overcrowded classrooms.

Their resulting report, “Education for a New Era: Design and Implementation of K-12 Education Reform in Qatar,” made sweeping proposals, including:

Despite its optimistic beginnings, RAND’s reform has many critics in Qatar who have said the group has failed in its mission to improve standards significantly.

Complaints include: A failure to attract more Qatari nationals into the teaching profession; a lack of support for headteachers; and, significantly, a failure to improve performance at government-funded “independent schools.”

More than a decade after the reform began, Qatar’s independent school system does indeed face a host of problems. Its students hold some of the world’s worst standardized test scores, and there are growing concerns about attracting qualified staff amid talk of putting salary caps on teachers, who are also going to be required to pass stringent aptitude testing.

Last year, the government appeared to acknowledge that some of its schools were not up to scratch, when it allowed Qatari parents to use the government voucher scheme to partially fund the cost of educating their children in the country’s private schools.

Additionally, parents have expressed ambivalence about the quality of public schooling here. In 2010, the first Qatar University-led Omnibus Survey found that although the majority of Qataris (62.2 percent) sent their children to independent schools, only 49 percent wanted them to remain there.

In comparison, 86 percent of parents with children at an international school were happy with the education they were receiving, and wanted their children to continue matriculating there.

RQPI is by no means Qatar’s only think-tank. It’s one of a growing group, including Brookings Doha, the Arab Center for Research and Policy Studies, the Center for International and Regional Studies, and the Royal United Services Institute for Defence and Security Studies (RUSI).

David Roberts, Director of RUSI, told Doha News that the end of RQPI’s contract came as “no great surprise:”

“It (RAND) provided the ideas, the plans and oversaw the implementation for a number of unpopular reforms to education in Qatar.

This is a touchy subject anywhere in the world – imagine a foreign consultancy coming in and conducting root and branch change on the education system in your home country – but to compound the issue, the perception, backed up by a number of statistics, suggests that the changes they implemented have not even been that effective.” 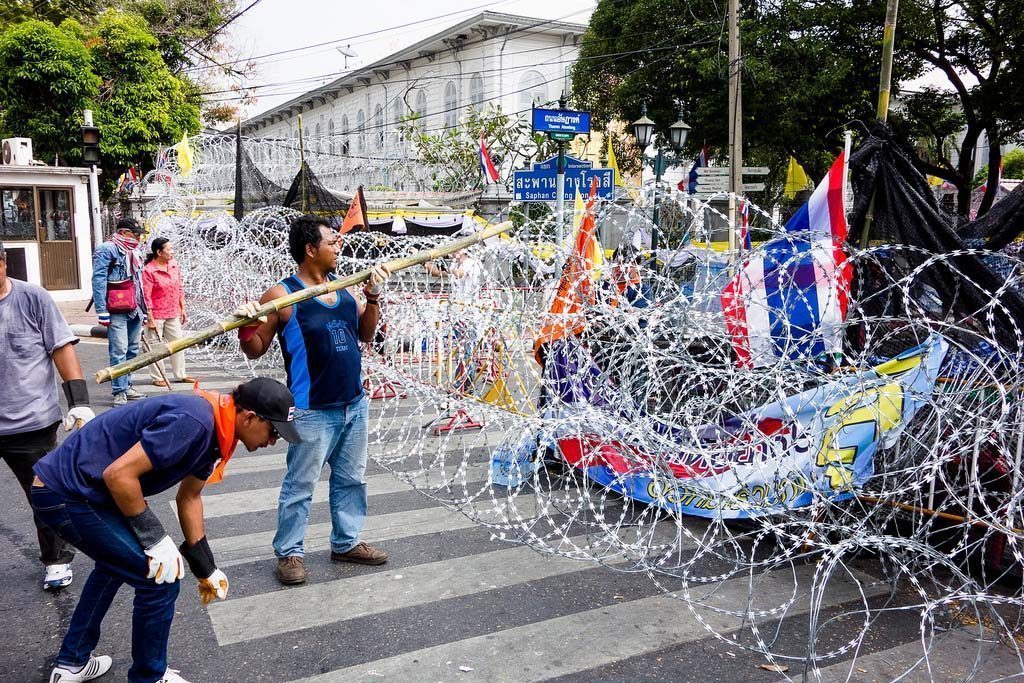