The last days of the GCC Games saw the Gulf nation clinch more medals, taking their total tally to 48.

Qatari athletes have bagged two more medals in the third GCC Games in Kuwait, raising the country’s overall medal tally to a total of 48.

The maroon’s Ali Owaida found himself in a heated battle against the host’s Ali Abbas during men’s foil individual final at the Jaber Al Ahmad Youth Center, but unfortunately Abbas took the lead with a score of 15-12.

The Qatari fencer then beat compatriot Abdalla Khalifa 15-12 in the quarterfinals before defeating Kuwait’s Ali Nassar 15-13 in the semifinals. His latest game earned the country yet another silver medal to its collection.

Just a couple of kilometers away, Qatar also prevailed in another sport. The nation’s Agham Hashem followed Owaida’s footsteps and clinched a bronze in Karate after showcasing his skillfulness in the men’s individual kata event at Sheikh Abdullah Al Jaber Al Sabah Hall.

The United Arab Emirates is currently third with 18 gold, 15 silver, and 11 bronze.

The Games began on 13 May and will take place until Tuesday, 31 May.

For the first time in its history, 2022’s GCC Games have welcomed the participation of women athletes in various sports in Kuwait.

The inclusion of women in such a major tournament in the region serves as an ‘important turning point in women sports history,’ the head of the Qatari Women’s Sports Committee (QWSC) Lulwa Al Marri said.

In a statement to Qatar News Agency the official highlighted that that women’s participation in major sporting events is a great contribution that will push for more advancement in the sports field.

This will encourage everyone to participate actively and help to propel sports ahead, promoting women’s engagement in sports, which was previously limited to physical education classes in schools.

The country hosts several major innitiaves to encourage sports, including the Olympic Schools Program in Qatar, the Be An Athlete Program, the country’s Sports Day, and coaches and referee preparation programs.

The primary goal for the committee, the official stated, is to increase the base of women’s sports practice, which has been proven effective in recent months.

In this year’s GCC Games, women altheletes have proven their dominance in three major events, including basketball, athletics and cycling. Samar Al Mansouri have taken a gold medal in pole vault, while Saja Saadoun took bronze in the 400m hurdles.

Samar Al Mansouri was also a bronze medalist in the triple jump event. 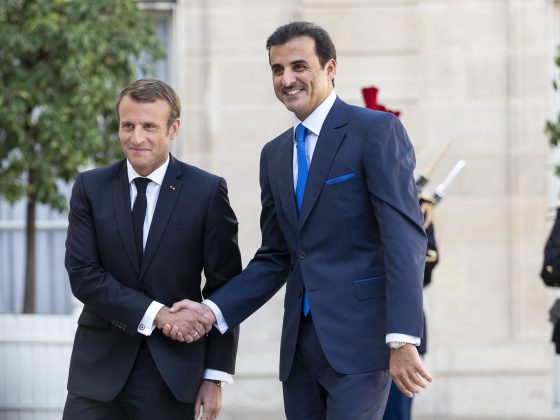