Amid ongoing complaints about the service and availability of taxis in Qatar, the state transportation company Mowasalat has announced plans to launch a new, unified call center to take bookings for all the Karwa franchises.

Once the center is fully operational by the end of the year, customers will be able to call a single, toll-free number, 800TAXI (8008294) to book their transportation from a fleet of 4,000 cars, based on their location.

The goal is to provide “faster and better” service to clients, a Mowasalat official has said. This would be accomplished by having all four private companies that operate turquoise taxis on Qatar’s streets, as well as Mowasalat-run vehicles, available for service.

All Karwa taxis will be fitted with GPS to track their location, and customers would be sent the nearest available car, the Peninsula reports.

Because the new system is still in the testing phase, franchises that currently operate their own bookings system will keep their individual phone numbers for a short while longer. But eventually, all Karwa taxis will have to use the single number.

Under the new fully integrated system, customers will likely not have a choice between cars from different companies, which raises a question about how the franchises will distinguish themselves.

However, according to a Mowasalat official, “It does not matter which company the taxi belongs to. The purpose of the center is to provide faster and better service to the customers.”

There are currently four private companies that have franchises to operate taxi services in Qatar.

In September, Dubai-based Cars Taxis announced it had joined forces with Profit to run the yellow-topped vehicles, while last month Capital Taxis, operated by Ibin Ajayan Group, became the fourth franchisee with its dark gray-roofed taxis.

These last two firms have said they will each roll out 500 additional taxis onto the streets before the end of this year, bringing the total number of Karwa taxis in Qatar to 4,000.

At the time of its launch, Ibin Ajayan’s consultant CEO Ravi Pillai told Gulf Times that the taxis would distinguish themselves from the competition by providing better customer service.

“Almost 100 percent of our taxi drivers have previous experience in the GCC states, including Qatar and they are extremely familiar with the road conditions in the region, in particular in the country,” he said.

Earlier this year, Qatar’s transport minister announced that the Karwa taxi service would be entirely privatized by 2017, with a further two companies planned to come on board to run the taxis, while Mowasalat withdraws to operate solely as regulator.

Poor customer service and unreliability are among the main criticisms of Qatar’s taxi service voiced by customers.

At the moment, residents can choose to book cars through a particular firm, which incentivizes companies to focus on improving their service. It is not known if this might change under the new system.

However, the General Manager of Cars Taxis told Doha News that he welcomed the unified bookings system, saying it would improve efficiency for the companies, as drivers would have to spend less time touring the city and touting for business.

Ajith Stephen said: “This new system is good news for everyone. It is great for the customers – they will get a taxi quicker – and it is great for us.

“Currently, our drivers can use up half their kilometers driving around looking for customers. Now this will be reduced, as they will be called and told to go to the nearest customer. They will become more efficient.”

Meanwhile, an adviser to the Ministry of Transport has warned that residents should prepare for “three to four years” of congestion on Qatar’s roads while the infrastructure is overhauled.

In its latest annual report, public works authority Ashghal announced it plans to start 14 new roads projects next year as part of its Expressway Program. Many of these involve extensive construction to key routes through central Doha. 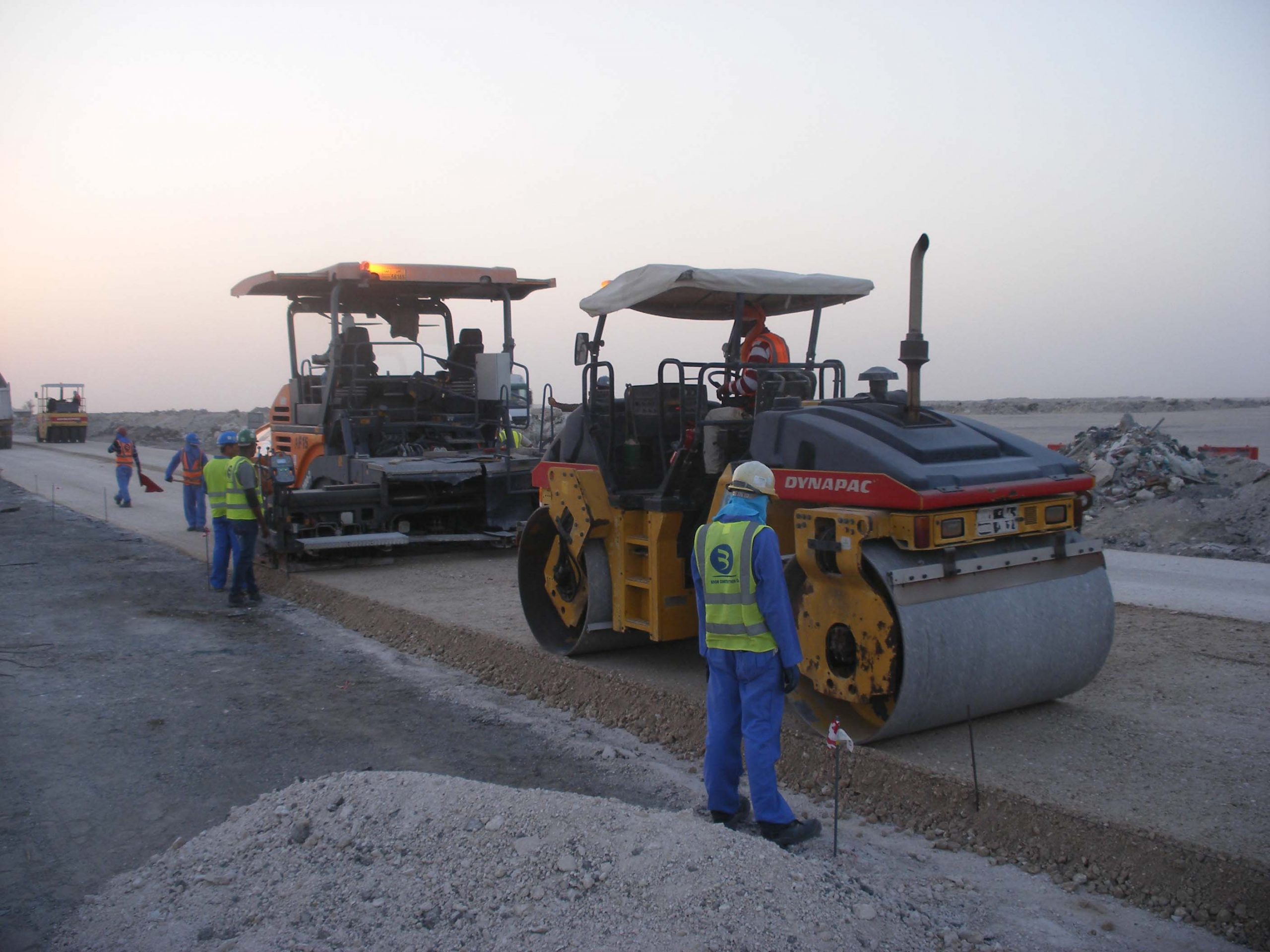 “Currently, our drivers can use up half their kilometers driving around looking for customers.”

And, yet, I can never flag one down when I need it and have to wait a minimum of two hours when I call for one. Or at least I did before; I just bought a car because the taxis here are too much of a headache to deal with.

Been happily using uber for a while, and a couple of days ago made the mistake of getting into a karwa cab when I came out of a hotel, it was there and I hadn’t thought of ordering an uber shortly before leaving so I thought why not. Big mistake, the guy drove like a nutter and took an indirect route despite my telling him to go a different way.

After somehow making it to my destination accident free, I thought to myself, at least he’s not pulling the broken meter lie. So I paid him the displayed fare plus what I thought was a generous tip. The driver actually had the nerve to demand an extra 10 rials, said it’s because he had to wait a long time until a customer came along!

“Currently, our drivers can use up half their kilometers driving around looking for customers”

that to me is the biggest problem. they refuse to go by the meter and try to reneg a fare while they pick up several customers at once… perhaps they also need to be paid better 1,200 is a joke…

I had that happen one evening when leaving Carrefour at Villaggio to take my wife and I to our villa in Al Soudan. Dude had us in the car and refused to turn on the meter, then tried to charge us QR20 for a short ride. I got our three or four bags out of the vehicle and my wife whipped out her phone and took photos of the driver and the vehicle plate. Amazingly he wanted to give back the money then. Knowing that he was paid quite poorly to begin with, I understood why he did what he did. I let him keep the money, but we definitely called Mowasalat and complained about the fact that it had happened. We didn’t give them any details but wanted it known that it did occur. That fellow may well have required a change of underwear too based on the look on his face when she snapped the photos. He was the proverbial deer in the headlights.

Still not as good as Uber.

Oh good. Now I only need to call one number to be told that the next available taxi is in four hours…

Especially if you try to schedule one when schools are letting out. Heaven help you if you don’t have a taxi booked three days in advance. That’s how we always make our flights on time if we need to leave in time for an 8:00 flight. Three or four days ahead we call and make a reservation. Fortunately, Karwa never let us down. However, I’m not sure that everyone has been so fortunate. I always have a backup plan.

i thought they already had one number! it’s pretty obvious they needed to have it in place early on

“Almost 100 percent of our taxi drivers have previous experience in the GCC states, including Qatar and they are extremely familiar with the road conditions in the region, in particular in the country.”

You can tell that by the way they drive. Had one about a year ago that took me from the airport to my villa and was weaving across multiple lanes of traffic as though he was a thobe-wearing Land Cruiser driver on C-Ring, all the while the bass was thumping on some profanity-laced Tupac songs that I’m sure he’d bit-torrented, based on the song titles rolling across the digital display on the radio. Nigerian fellow, if I remember correctly. Nice enough, but drove like an animal. That and the music were just what I needed after a red-eye flight from Jakarta.

Qatar taxi services may not improve in the short term as majority of the taxi drivers are imported. How do you expect them to know the roads or locations well if they have only arrived Qatar for less than one year? That’s why sometimes it takes more than half or one hour for the drivers to find the passengers who themselves may not be able to tell the call centre of their exact locations of waiting. These imported drivers may have to stay in Doha and driving on Qatar roads for more than one or two years to get familiar with the various locations. Furthermore, many buildings, roads and compounds are without proper signage! The new transport ministry may need to review Mowasalat’s roles?

It’s good News. Thanks for sharing

Do you need any taxi in doha , Qatar ?? We are the best taxi providing company in qatar in cheap rate . Just visit our website and make a call , we will pick up from their . thanks .