In the second serious vehicle crash this week, at least one Qatar motorist has been killed following a horrific collision involving a transport truck on Salwa Road in Sailiya yesterday afternoon.

According to photos and video of the scene shared with Doha News, the impact involved a Toyota pickup truck that toppled over on its side. Its passenger compartment appeared to have been crushed by the transport truck.

The body of a man could be seen several meters away, lying on the asphalt next to the tractor-trailer.

The video also showed a group of nearly a dozen men pushing the larger vehicle several feet backwards to separate it from the pickup truck.

The group then tipped the badly damaged Toyota back onto its wheels and off the motionless body of another man.

According to Al Sharq, both men in the pickup truck were Qatari nationals and died of their injuries. However, other reports say there was only one fatality.

Yesterday’s collision in Sailiya occurred two days after a British expat was killed while driving on the Corniche when a large shipping container fell onto his vehicle.

The involvement of large transport trucks in both accidents has rattled some residents:

The exact cause of yesterday’s crash, as well as Sunday’s, remains unclear.

However, between 2008 and 2010, more than 70 percent of truck and heavy equipment drivers involved in collisions were deemed by police to be at fault, according to Qatar’s National Road Safety Strategy. It noted:

“Although such crashes account for a small proportion of all crashes, the consequences can be major in terms of the severity of injury and traffic disruption.”

Officials have also previously highlighted how the relative age of the country’s trucks pose additional risks:

“Heavy vehicles and buses are often less modern than the car fleet and lack important safety features – for example, side and rear under-run protection on heavy vehicles.”

Separately, government officials have attempted to separate truck and heavy equipment traffic from smaller vehicles by banning them from traveling through dense urban areas during peak periods.

However, yesterday’s collision occurred well outside central Doha. The incident on the Corniche, meanwhile, involved a truck that appeared to have just left Qatar’s primary shipping port. 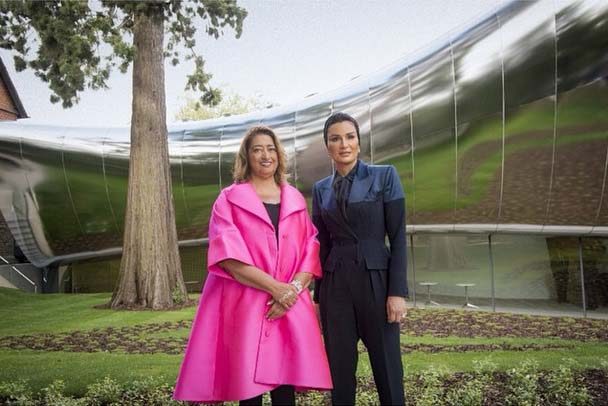 In Qatar the avoidable is sadly unavoidable. There is simply no culture of safety at any level.

The reckless driving of the construction and heavy vehicles like pickups (small and big), all trucks, all buses etc. are something which has to be stringently monitored by the traffic patrols. Drivers of most of the vehicles with commercial registration plates are the culprits here. Since these vehicles belong to their companies, they just dont care and try to even hit the private cars. Unless these vehicles are strictly monitored and fined heavily for traffic violations, this trend will continue and get even more worse.

There are a plethora of bad drivers and reckless drivers. Your assessment misses many, including the rich and wealthy drivers (or the ‘don’t give a s***’ drivers – law is on my side). This includes cutting down emergency service roads, aggressive driving and excessive speeding.
Only 3 days ago (and this is no lie) i saw the greatest yet – a land cruiser going as fast as it needed to, around a roundabout, to put it sideways on to two wheels and then proceeded to drive as far as it could on the two wheels. It did this several times around the same roundabout (as i approached and as i exited i observed this). I slowed wanting to pull over and take a video of this unbelievable thing, but feared for my own safety and that this person could, with their reckless driving, put me in danger. I did the right thing, i feel on this one, and left them to there own stupidity.

Incidentally, the major accidents i have seen (and the wreckage’s remaining) are most often incidents involving a land cruiser (or similar) and a pick up or smaller civilian type car (e.g. sunny). I don’t know the cause of the accident, but can observe that on the majority of my journeys i overtake many pickups travelling slower than me and am overtaken by many land cruisers excessively speeding (and if i’m in their way, i have varying results including… not slowing down and undertaking and cutting me or someone else up; flashing an unnecessary number of times (more than a “do you know i’m here”, but a “get out the way i’m more important than you”); travelling a couple of inches off my bumper; using the emergency service lane; creating a lane by squeezing between barrier and car or two cars; and then suddenly breaking for speed cameras and any vehicle that might be a traffic police vehicle.

I too am driving a Land Cruiser but never drive reckless. I drive at normal speed only. But I see many people drive rash with LC. On the shamal road, the pickups and buses drive very reckless and even on the fast lane. They move slow and with huge gaps in front and sometimes on phone too. Why do they do this? Then jumping suddenly into the lane I am driving and so close without any signals. If a cari n front of them slows, immediately they turn their steering to the jump to the next land, they dont even apply brakes. That is the common behaviour of most cars in Qatar. Instead of brakes they think jumping into the next lane is safe.

I agree. The problem is that driving standards are poor across all nationalities and classes.

Education is key with so many people bringing bad habits onto the road and too few leading the way with sensible and safe driving.

Still, i refuse to let my standards drop and hope that others won’t too. With support from the authorities, i believe standards can improve… it is just going to take a lot of time and patience (something a lot of the drivers we are referring to refuse to give).

The incidents we see every day as drivers, of people cutting in at the last minute from left or right to overtake, can result in such accidents if they try it with HGVs. These trucks cannot do a ‘panic stop’ such as cars are expected to do. I liken driving here like one big pinball game.

Reckless driving… I think the roads in Qatar is the road of death….it seems that life is not so precious here. Lack of safety, it can be avoided and its preventable.. Drivers be aware no matter what vehicle your driving for presence of mind is needed the most when your driving!!!!

But…but… Clarkson and May proved that Toyota Hilux cannot be destroyed…. well they did not say anything about the mortals driving them!

Looking forward to DN’s report on the arrest of FIFA officials. I’m very surprised, but it seems that there is some suggestion of corruption. Let’s see where that goes, eh?

What does that have to do with this article??

Deleting for irrelevance to this thread.

It seems we are upping the ante now, first a westerner killed and now some Qataris. Will this lead to be effective policing on the roads? I think we all know the answer to that….

Somebody told me that in GCC 150 deaths occur daily due to accidents. Can some one verify?

Human life in all ARAB counties is NOT valued….no matter what the circumstances.

Condolences to the family. What a surprise that no other commenter has. But at least no one has blamed the Qataris for the accident

If one body was under the pickup truck, and another was several feet away is it safe to assume that neither person in the pickup truck was wearing a seat belt? Although, from the looks of the truck they may have had a greater chance of survival being catapulted out of the truck then being squished in what resembles a crumpled tin can. May the victim/s rest in peace, and may all drivers of big or small vehicles slow down a bit. Isn’t it better to get there a few minutes later than not at all?

Obviously i observed that some people are not eligible to drive but i also wondering where they obtain driving licence. Apart from bad even on straight road, please traffic department should educate on how to drive where there is round about (Circle ) It can be positioned in different ways but it has rules
– stop
-Check the drive ways
-Give way to the first vehicles.
This evening the same truck driver nearly caused a very big havoc to me and others on this Al Garrafa street R/A to Qatar foundation.

Last year, near a round about a truck on my right side got too close to my car, to avoid a collision i steered a little to the left only to cause an collision with a land cruiser. The truck just went on its route.

My suggestion, keep safe distance from trucks & when on round about let them pass even if you all the vehicles behind you keep honking their horns. Better to be safe than to be a victim.