The Gulf state’s 12-year investment is likely to pay off, with Qatar 2022 CEO estimating revenues levelling up to approximately $6 billion.

Qatar has received a great deal of unjustified criticism for hosting the FIFA World Cup 2022 that has been deemed baseless and unsupported by facts, said Nasser Al Khater, CEO of Qatar 2022 on Thursday.

The sports and transportation infrastructure in the Gulf nation was finished 70 days prior to the tournament’s start day and all remaining work includes mere “aesthetic” final touches to seal the ribbon, he said during the first news conference by organisers in months.

Speaking at Lusail Sadium, Al Khater said: “We think that a lot of the criticism has been unfair, not based on factual reality. Whatever we felt was fair criticism we have taken on board.”

Speaking to Doha News in late June, Al Khater quelled concerns on whether Qatar is prepared with just five months to go, saying: “Stadiums are ready, training sites are ready, all the transportation plans are in place.”

Pointing to the last minute “window dressing” of the preparation for the World Cup, Al Khater said final touches are being made “to welcome the fans.”

One of the key objectives for the World Cup back in 2010, was to “really design the legacy of the stadium prior to designing the stadium itself,” he said before a panel discussion at this year’s Qatar Economic Forum.

Addressing some of the incessant criticism Qatar has received since being placed under the international spotlight after winning the bid to host the major tournament, Al Khater told Doha News: “The criticism has been there from 2009 when we started bidding for the World Cup and has continued and has really become more ferocious as time went by.”

“I’m fully confident that by the time the World Cup starts it’s all gonna be about football,” the major sporting CEO added.

It follows similar statements made by Qatar’s Amir Sheikh Tamim bin Hamad Al Thani at the World Economic Forum in Davos in May, who shed light on the unfair criticism surrounding the Gulf country by the west.

Qatar, however, has since introduced historic reforms over the past years in an effort to ensure the rights of workers are respected and upheld. 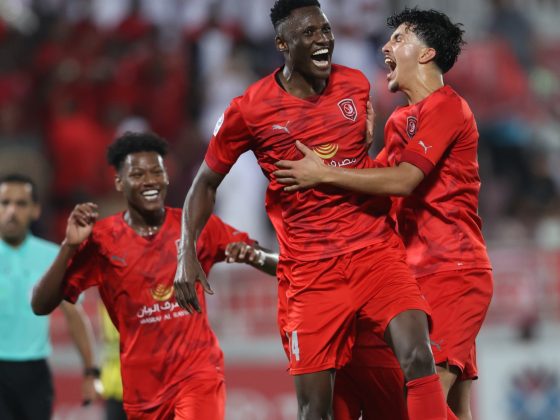