Qatari learners on Coursera to date have reached 100,000. Now, the company is looking to expand the number even more.

Massive online course provider Coursera, located in the US, is “in talks” with universities in Qatar to integrate its platform to help students gain wider access to content online.

The company’s CEO Jeff Maggioncalda revealed to The Peninsula that discussions are ongoing with QF’s eight universities regarding the possibility of introducing the platform to “bring universities and industry together virtually.”

“The vision is to connect the students to the jobs, that is what’s going to be exciting about integrating the Coursera platform into universities. It is not only developing skills but linking students to good entry level jobs for employers in the area,” he added.

Despite the announcement, nothing concrete has yet been between both sides.

The CEO also praised Qatar for its educational investments, stating that the country has pumped a tremendous amount into “bringing young children’s education and some of the most innovative higher education to this region.”

In his opinion, online learning is the future of higher education, and Qatar can embrace such an educational revolution.

Though online learning is not a newly introduced concept, the idea has definitely undergone fresh reform since the pandemic was triggered in 2020. Its obvious advantages, such as increased flexibility, greater convenience, and access to cutting-edge learning methodologies and technologies, put any concerns about its efficiency to rest.

At least ten companies in Qatar currently use Coursera, which helps upgrade the skills of staff members, including Al Jazeera Media, Qatar Investment Group, and Ooredoo. In addition, over 100,000 Qatari students are enrolled in Coursera, most of whom are around 35 years of age.

According to the official, the top three courses that Qataris are enrolling in are Science of Wellbeing from Yale University, English for Career Development from University of Pennsylvania, and Foundations of Data from Google.

“They are all pretty much business-oriented courses, I think the business people in Qatar are using Coursera the most,” Maggioncalda said, adding that the students’ growth rate is 28 percent annually, which is greater than the global average.

One of the many reasons the company is looking to introduce online classes to universities is to prove the importance of hybrid learning. Such opportunities would allow students to receive an abundance of course options that might not be available on campus.

“Many universities today are integrating online learning into the in-campus experience — so you get both; students in-campus can also do projects online even as part of their residential experience. So I think the blend, the hybrid type of education will be very valuable for many students,” he told The Peninsula.

Maggioncalda stated that although the decision to include Qatari universities in the Coursera platform has not yet been made, they look forward to cooperating with regional colleges and universities.

“Right now we’re doing the consumer one, the 100,000 Qataris directly enrolled in our site. We’re working with 10 businesses, and I think the next step is working with the universities. This is something that we hope to be able to announce sometime soon.” 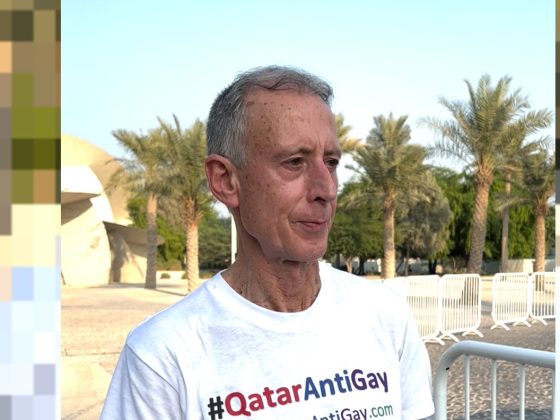