Unable to cope with the rising amount of rubbish produced by Qatar’s rapidly expanding population, the country has been dumping some 400 tons of domestic waste into landfills daily.

This has prompted officials to consider opening a new waste management facility.

The last one was inaugurated in 2011, but the state-of-the-art domestic solid waste management center near Mesaieed is now operating at full capacity, according to a senior official from the company that designed and built, and now manages, the waste center.

Speaking to the Gulf Times during a tour of the facility this week, Stefan Kipp, regional director (MENA) of Singaporean company Keppel Seghers, said:

“Since the facility has reached its maximum capacity, most of the 400 tons of surplus waste goes to the landfill.”

Qatar produces around 7,000 tons of waste each day. Some 30 percent of that (2,100 tons) is generated by households, and the remainder is comprised of construction and demolition materials.

According to BioEnergy Consult, there are three landfills in Qatar, and all are running out of space – one is in Umm Al-Afai for bulky and domestic waste; one is in Rawda Rashed for construction and demolition waste; and one is in Al-Krana for sewage waste.

Because the amount of waste being produced by residents is increasing annually, Keppel Seghers has submitted proposals to the government for a QR2 billion expansion of the current facility.

If accepted, the plant would be able to process the up to 5,000 tons of domestic waste that is forecast to be produced each day by 2024, the center’s manager Oon Ee Heng told Gulf Times.

Qatar’s waste generation is among one of the highest figures per capita in the world, at around 1.6 to 1.8kg per day.

The country has faced international pressure to improve its green credentials, which will be in the spotlight in the coming days as 125 world leaders – including the Emir – meet for the UN climate summit in New York.

Qatar’s 2011-2016 National Development Strategy has listed a number of targets to reduce the amount of waste produced, aiming to increase recycling from 8 percent to up to 25 percent, and to reduce landfill waste from 92 percent to 64 percent.

At a domestic level, there have been some efforts to introduce recycling facilities at a number of central locations such as Katara and in Education City.

“There needs to be a public acknowledgement that all individuals residing in Qatar have a vested interest in pushing for greater environmental protection enforcement and accountability.

In a region that is already faced with a lack of potable water and arable land, allowing the existing course to be maintained is not only risky, it is flat-out dangerous to the nation’s survival.”

A pilot program to introduce recycling pods in major malls and popular hangouts like Souq Waqif was on the cards after Qatar hosted the UN Climate Change Conference, COP18, in 2012. However, it faltered due to bureaucracy.

Qatar’s waste unit does have an advanced facility to sort materials for recycling, although it doesn’t actually recycle any waste directly.

According to Kepppel Seghers, a high-tech “dano-drum”  feeds into magnetic separators, eddy current separators, and infra-red and wind sifters which can help to recover 90 percent of metals, and 50 percent of plastics for recycling.

These materials are stored at the 300 hectare facility until the government decides where they should be exported.

“Obviously we need to find at a certain point in time we will need a destination for all these materials,” Kipp told Gulf Times.

Organic waste is sent to an anaerobic digestion and composting plant to produce soil enhancers for use in agriculture and landscaping as well as energy.

Meanwhile, much of the rest of the waste handled at the facility is burned. Three units can incinerate up to a combined total of 1,500 tons of waste each day.

This facility can also convert the steam created from burning the waste into clean energy.

It produces up to 30MW of power each day, 25MW of which is sent to the national grid run by Qatar General Electricity and Water Corporation (Kahramaa).

The waste center also has a facility to store used car tires.

However, with some 1 million tires currently onsite, that facility has also reached capacity and is no longer receiving any more.

The tires stored at the facility are just a small percentage of the huge number of old tires Qatar is trying to cope with.

Shayan Barmand, head of operations and business development at Raetex, a company that deals with end-of-life tires, estimates Qatar has around 11 million used tires which should be recycled for use in the construction industry.

However a lack of demand locally means that the tires need to be exported, which is expensive and inefficient. Why not build recycling plants here, rather than outsource it, and keep the products of said plant–for example, construction materials–local? This is not a snarky question, I genuinely don’t know if it can be done.

It can be done. I have a friend that owns a company that does this, and sells the franchises. They make all sorts of materials from solid surface flooring, countertops, walls, landscaping materials, sinks, basins, and other materials. People can even choose the colors and materials. Mostly using recycled glass. The construction materials seems a no brainer given the import costs for such things, along with metals such as steel and aluminum. The real problem is the 8% – that is insufficient participation to make any recycling program work. Do what the Europeans and some US states have done….make it law.

Why not do what other countries are doing an incinerate waste and produce electricity? The technology is proven around the world. Why dump in a landfill when you can make use of it???
Whilst ‘virgin’ construction materials are cheap there will be no incentive for contractors to recycle old construction materials. Maybe like in the UK there should be a landfill tax to encourage less waste and more recycling. How much of the road pavements being broken up are reused???

we need to learn from springfield 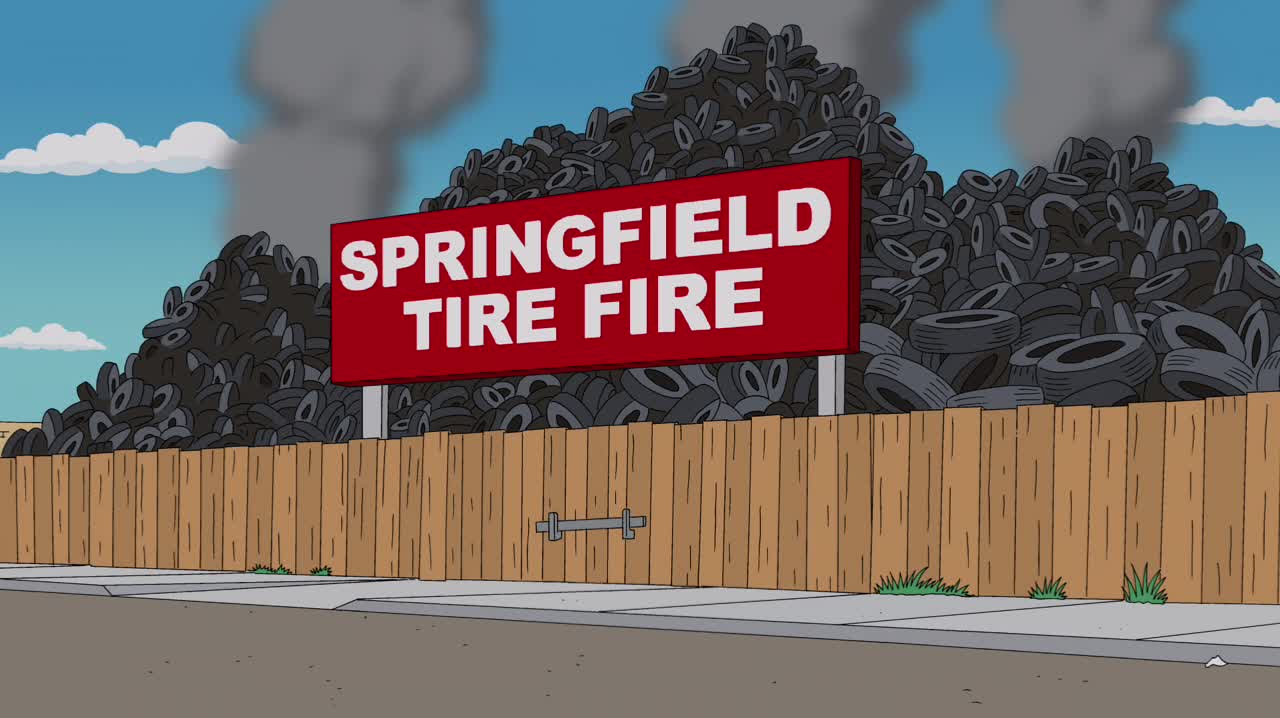 About one year ago I presented a complete project on recycling of materials to reduce landfill in Qatar and obtain raw materials for construction and energy, I presented a working prototype for the recycling of plastic waste which is currently incinerated in qatar but with my prototype could be reused as raw material. The result? If you do not have friends in politics is not going anywhere!

There are facebook groups in Qatar that promote GIVING & TAKING of stuff for FREE among residents. U place an ad with picture of what u no longer need and the one who wants it comes and collects it off U for FREE. The group I had created for that very purpose is a “SECRET” now and accepts new members whom existing members invites. Helps with decluttering your house in a responsible manner 🙂

I liked reading this story, I’m blown away even imagining the landfills. Back home I was very conscious because we had to pay for our refuse and recycling and since moving here I’ve sadly stopped being so conscious about water and waste. I would like to see businesses become more conscious about packaging, for eg buying a sandwich here for takeaway and it’s wrapped up for presentation to the Queen. Paper, plastic bubble, box, huge paper carrying bag, it really is unnecessary. Sometimes I tell them, don’t worry I’ll just have the sandwich and it creates more confusion. Also I think recycling plastic water bottles could be an easy jump off point for most residents, easy and simple. The level of reclycling back home was intense with 6 grades of plastics identity charts, bio separations etc etc it can be quite off putting for a new generation of recyclers.

I take recycling once a week to Katara and frequently am told put all in same bin. I open the bins to find it full of other rubbish, food, non-recyclables. I do my bit but can someone please tell me what happens when the recycling bins are emptied – where does it go? Every building has waste collection facilities so surely it cant be that difficult to have a recycling bin next to the waste collection? It has to start somewhere and only by us all doing this together can we change our habits. When shopping do you take your own bags? When weighing vegetables ask them to put everything in one bag and they will look at you funny but will do as requested.

You’ll be suggesting next that supermarkets put more than one item in a shopping bag next !!! Never seen so many shopping bags being used at a checkout, and no attempt made to fill them before placing in the trolley.

wait…so you are telling me that meat doesn’t always need its own bag?

I blame all those foreigners coming here and dumping all their trash. If we sent them all home, the problem would be solved. (Well at least for 20 years)

start in schools. Sort all rubbish generated in the school, involving the students, explaining why, how etc. Qatar, you need to start somewhere, so start with the younger generation. That will at least perhaps get the message across.
Put a stop to all those plastic shopping bags, absolutely unnecessary in the volume at present. introduce a small discount at the till to those who reuse bags. It wont encourage Qatari’s perhaps, but the majority of the population would welcome a few ryals back- it worked in the UK. Then follow it up with a charge for the carrier bags- again it will encourage the majority to think twice about bags. Kids first, bags next, drip drip drip, small steps