In a bid to reduce fatalities and incidents of distracted driving in Qatar, a locally-based company has launched several apps that voluntarily lock a motorist’s mobile phone while a vehicle is moving.

Road accidents are a leading cause of death in Qatar, and the country’s top traffic police officer has said that the majority of serious collisions occur when the driver is using a mobile phone.

Brig. Mohammed Saad Al-Kharji, the director-general of Qatar’s traffic department, told Doha News on the sidelines of today’s app launch that investigators who are probing major accidents routinely reach out to telecom providers Ooredoo and Vodafone to find out if the driver’s mobile phone was being used at the time of the crash.

“(In the case of) more than 80 percent of the accidents, they are using their mobile,” Al-Kharji said.

QMIC officials emphasized that while there is no single solution that will motivate or force drivers to stop using cell phones while driving, they are confident Salamtek will make Qatar’s roads safer.

“This is a complicated problem,” said QMIC chairperson Abdulla Al-Talib. “There is no way that anyone can come up with a complete solution for it. We are trying our best. Saving one life is worth the efforts we are putting forward.”

QMIC, which is headquartered in the Qatar Science and Technology Park, began looking at ways of tackling distracted driving roughly two years ago, launching its first mobile app in June 2013.

It has since developed a portfolio of apps and services as part of its Salamtek Initiative, which involves software that locks a cell phone when a vehicle is moving above a certain speed, logging missed calls and messages and sending automatic replies to those calling a Salamtek-locked phone.

A “beacon” can be installed on the driver’s side of the vehicle and detect whether the phone is in close proximity and being used by the operator or has been passed to a passenger and can be used safely.

While a basic “personal” version can be downloaded for free to Android devices from the Google Play store, QMIC also markets enterprise and family versions of its software that allow users to remotely monitor the mobile phone use of their children or employees while they are driving.

QMIC plans to release all three versions for iPhones in the coming months.

Today’s event was intended to unveil the “Salamtek Consortium,” which is a group of organizations that includes QMIC, the Ministry of Interior’s traffic department and others that are working together to tackle distracted driving in Qatar.

The consortium also includes the Qatar Insurance Co., which can give motorists a financial incentive to use of QMIC’s technology and profit from safer drivers.

P.E. Alexander, the CEO of Qatar Insurance, said that when his firm learned of QMIC’s work, “we thought we must definitely be a part of it.”

“We have an ulterior motive as an insurer. If we can see the number of accidents reduced, it improves our bottom line. There is also the corporate social responsibility, (resulting in) less people getting injured, less property damage.”

The insurer, which covers between 150,000 and 200,000 local drivers, recently completed a pilot project with QMIC on a more advanced piece of technology.

For three and a half months this year, some 40 motorists voluntarily offered to equip their vehicles with sensors that tracked how quickly they accelerated, decelerated, took corners and how fast they drove.

That data was transmitted back to QMIC, which analyzed it and produced a score rating their driving for the insurance company. To address privacy concerns, all the information about the vehicle’s location and movements stayed with QMIC. Only the final score was shared with the insurance company.

At the end of the pilot project, the safest driver received a trip to Dubai as a prize. When applied on a wider scale, however, the prize would be lower insurance premiums for safe drivers, as opposed to those who exhibit reckless behavior behind the wheel.

“The idea is that the safer you drive, the more you reduce your bill. We’re looking at that,” Omar Bondogji, QMIC’s head of marketing and business development, told Doha News.

He said he’s also hoping that QMIC’s fellow consortium members would also eventually offer discounts, prizes or other incentives for users of its Salamtek apps to encourage its use.

In the meantime, the Ministry of Interior said it also plans to boost its enforcement efforts of laws prohibiting the use of mobile phones while driving and other regulations.

The traffic department’s Al-Kharji said many new officers would be completing their training in the coming weeks and would soon be patrolling Qatar’s roads and highways, as well as be stationed on foot at certain intersections.

When asked, he was unable to say how many new officers are being added to the department’s ranks, but said they would have a visible presence.

“You will see it,” Al-Kharji said. “We have to reduce the (number of) accidents.” Temperatures to plummet this week as winds pick up in Qatar 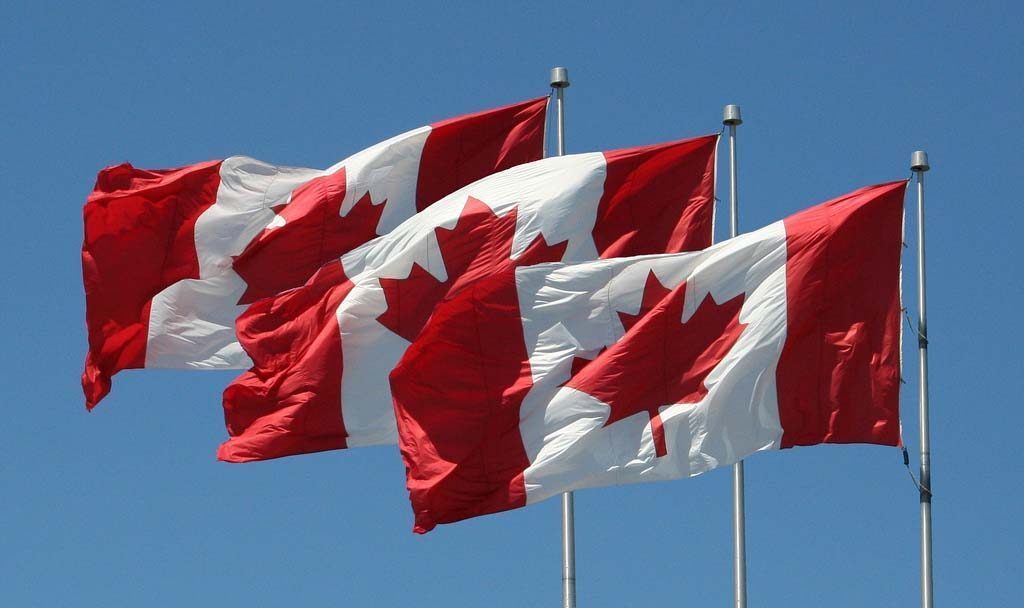 If insurance cost more than a maximum of 600 QR for 3rd party, this would seem like more of an incentive

All the apps and tech in the world will not stop this dangerous practice until a combination of fines, black points and prosecutions take place., which at this rate will be never. I am not surprised the accident rate is 80% involving mobiles. I have lost count of seeing the elbow driving texters who are oblivious to everyone but their screen message and weaving all over the road.

I agree with your assessment of “never.” Until the government decides that police will be better used actually enforcing the law consistently than playing candy crush until it’s time to shut down the road for a “VIP,” people will continue to die. Based on what is currently in place, my assessment is that Qatar and it’s well-paid government doesn’t give a rip about my safety on the roads.

Considering the most common denominator in most fatalities here…Yes lets hit them where it can be most effective. The Pocketbook. Sarcasm intended. A $150 ticket to Dubai is funny. Passed a guy on Waab today, he in the middle lane, driving with his knees because both hands were busy texting. All the while drifting into the left and right lanes. Considering the car he was driving he could probably buy a plane.

Stop with the gimmicks! No one here is going to voluntarily lock their phones. The soccer moms might but then they’re not the problem. Get tired of all these “innovations” when good old police work will slowly solve the problem.

Totally agree. Fines alone won’t do a thing. We’ve all seen some version of the guy you saw on Waab, and fines won’t change his behavior. I think the texting/watching cat videos thing is much more of a problem than talking (though studies have shown that talking while driving, even with a hands-free device, is statistically more dangerous than driving drunk). Most people I see talking are at least using an earpiece. But it’s the people watching YouTube and checking their Facebook and WhatsApp (many times on multiple devices) that are pushing the danger level even higher. Dub step cat can wait…..

I have no faith that any measures will stop the use of hand-held mobiles when driving in Qatar (although I think those texting are in a minority) unless the punishment was draconian, because as with many things in Qatar the chief culprits are those for who a fine does not make a great hole in the pocket, As a simple first-step couldn’t there be some promotion of the benefits of hands-free kits? I’ve never seen one in a car in Qatar, and it may have something to do with the fact that most cars are leased or rented, but I find it incredible that they aren’t compulsory in taxis.

The only answer is to raise the standards to obtain a licence, in the first place. Suspend and/or remove driving privileges from the incompetents, and the arrogant. Remove persistent offenders from society!

As has been said, with monotonous regularity, POLICE the situation, effectively, and equally!

this kind of APPS really great , I’m using every day same Apps which made by AT&T name Drive Mode , work great and I love it, its provide automatic reply to any caller or text massage or mail and still you have choice to allow some important number ring in. APPs come as default if you have AT&T mobile phone.

Question is whether people will use it? People, aware of danger of calling while driving, already maintains safety.

It is is sad that this kind of apps is not installed by default in all iOS and Android phones. Just imagine every new phone equipped with this with no option to deactivate it! Suddenly all roads around the world are safer and traffic police has more time and energy to monitor other bad driving behaviors.

Cars could be equipped with a scrambler (hardware). Removing it will remove the car from the roads. It would not cost more than US$100. The choice should not be with the driver. It should be a law (enforced).

Complete waste of time and money.
As mentioned already, only those who already drive safely will sign up to it. The app would also need a lot of testing as I am sure it would not take long to remove it whilst driving. Also many of us connect our phones to listen to a decent radio station and then put the phone down whilst driving. I assume this lock would disable this.
Start from the bottom; stop handing out driving licenses to those nationalities who clearly don’t actually have to do any sort of test in their own country to get a license

just enforce a law with no exemption…stick with it and be strict…first start with the police, if they really doing their job..

When you allow a 18-year-old guy to collect 47 fines and not ban him from using a car, but first to kill a few Filipinos, you can have all the apps in the world, but it means there is no control over these kind of issues because there is still a lot of people closing both eyes…..waste of time

Cutting edge new technology? Or just more evidence that the existing laws are not being enforced?

This sort of thing is cringe worthy.

If anyone read the Peninsula on Saturday I think there was a report of 4 Qatari youths dying in a traffic accident when the 16 yr old driver lost control at high speed. Don’t you have to be 18 to drive here?

Actually, you can drive with an official temporary driving license until you become 18 ( only for Locals )

Really… people need an app for this? Do they also need an app to tell them when to use the toilet? It’s really rather simple — don’t use your phone while driving.

Laudable, but not much of an incentive to those driving without a license or insurance and who seem to shrug off traffic violations. The only way to change attitudes is to prosecute ALL offenders.