Qatar is planning to spend a lot less on hosting the 2022 World Cup than it originally planned, according to tournament organizers.

Speaking to CNN this week, one official said the budget has been reduced by 40 percent.

But he added that this was not in response to lower oil prices, which has caused Qatar’s government to curb its spending in recent years.

Rather, the goal is to “ensure there is financial responsibility,” said Hassan Al Thawadi, secretary general of the Supreme Committee for Delivery and Legacy (SCDL).

He said that the supreme committee now plans to spend about US$8 to US$10 billion on tournament infrastructure.

Most of that will go toward stadiums and training grounds.

It does not count highways, hospitals or the upcoming Doha Metro, which the country’s finance minister included when he recently estimated that $500 million a week was being spent ahead of 2022.

FIFA has not yet finalized the number of stadiums Qatar must have ready in five years time. But Al Thawadi confirmed the country is expecting it to be eight.

“We are moving ahead with eight stadiums and in case discussions go on, there might be an extra stadium to be developed,” he told CNN.

Most of those venues are being built completely from scratch, and all stadiums are expected to be completed by 2020.

Some, like Khalifa International Stadium on Al Waab, are almost complete, though slightly behind schedule.

Meanwhile, work on the Al Khor Al Bayt and Al Wakrah stadiums is expected to wrap up next year.

But other venues remain in the preliminary stages. For example, design for at least three of the venues, including Al Thumama, Lusail and Ras Abu Abboud have yet to be revealed.

Also this week, the SCDL announced that the seats for three of its World Cup stadiums will be made in Qatar.

The committee awarded a contract to Coastal Qatar to build 500 seats a day for the next several month months.

They will be installed in the Al Wakrah, Al Bayt and Al Rayyan stadiums.

In a statement, the SCDL said the first “Made in Qatar” seat will be installed in the Al Bayt Stadium in December of this year. 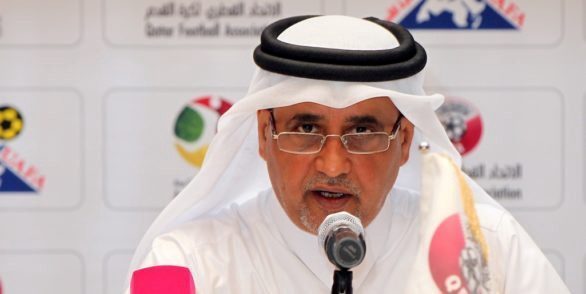