Qatar’s largest university has been ranked 29th out of 91 schools across the Middle East and North Africa in the first-ever regional higher education index.

Qatar University (QU) is the only school from this country to appear on the “Best Arab Region Universities Rankings,” finishing behind nine other Gulf schools.

The report was funded in part by Qatar Foundation and prepared by US News & World Report, a Washington-based company that has been publishing rankings of American colleges for more than three decades.

The inaugural results were announced yesterday during the World Innovation Summit for Education (WISE), an annual international forum hosted by QF at the Qatar National Convention Center.

When US News first announced its Middle East endeavor last year, questions arose about how to compare schools in the region that varied in size, language instruction and other factors.

To circumvent some of these issues, the newly released index has assessed universities only on the quality and quantity of their published research.

The researchers behind the project admit they are using a narrow assessment criteria, but say they chose to initially focused on an objective and standardized source of data. This allowed them to launch what they envision to be an ongoing, long-term project.

While Qatar is home to several highly regarded universities, branch campuses – such as Northwestern University in Qatar, Texas A&M University at Qatar and other schools in Education City – were excluded from the rankings.

US News says the new rankings allow prospective students, parents, policymakers and employers to compare institutions while aiding academic administrators to see where they stand relative to their peers.

“There is a great need for standardized higher education data in the region,” said Brian Kelly, the editor and chief content officer of U.S. News. “This enables universities in the Arab region to benchmark themselves against others.”

There are more than 800 universities in the Arab world, not all of which put a priority on research. In order to make accurate comparisons, U.S. News researchers only looked at schools that had published 400 or more papers between 2009 and 2013.

Of the 91 schools that fit that criteria, more than one-fifth are in Egypt. Saudi Arabia and Algeria both appeared in index 13 times, followed by Morocco (9), Tunisia (8), Jordan (7) and the UAE (6).

Universities were then ranked according to nine weighted indicators, including the number of published papers and how frequently its research is cited in other articles.

This is intended to show the extent to which other academics are using the research produced by a given institution.

“These results show there is a large concentration of top-ranked schools in just a few countries,” Kelly said, adding some smaller countries may only have one research-intensive university.

U.S. News also ranked Arab region universities in several subject areas. Qatar University, which is planning a massive expansion over the next five years, appeared in several sub-rankings, including:

A spokesperson for Qatar University was not immediately available to comment on the school’s rankings.

Several attendees at the workshop held to discuss the rankings during WISE noted that research output is only one measurement of a university’s performance.

“If (a school) is doing a lot of publications, they may not be improving the community around it … you may see volume, (but) not impact,” said Stephen Agong, vice-chancellor of Jaramogi Odinga University of Science and Technology in Kenya.

Kelly responded that he welcomed feedback and criticism of the methodology, which he said would continue to evolve. He added that US News is looking at expanding its Arab region university rankings to include surveys of employers and academics to determine a school’s reputation.

But with limited standardized student data available in the region, Kelly said he’s currently restricted to measuring what is accessible.

“We could do nothing and wait for a perfect solution, or come up with an imperfect ranking and improve it over time,” he said.

It’s too early to know how the inaugural rankings will be received by school administrators across the region.

However, US News has been criticized before for its rankings of American universities, which some educators say tilt in favor of flashier, more expensive schools, to the detriment of student affordability.

Additionally, similar reports in other countries have led school officials at low-scoring schools to pressure their administrators to improve their ranking, according to Donald Baker, a consultant at Qatar University.

This can be done by making changes aimed at specifically affected a school’s score. So, hypothetically, a university that wishes to move up U.S. News’ ranking could hire professors whose only job is to publish research on certain topics.

“There’s a risk of getting a certain amount of homogenization among universities as they all try to conform and rise in the rankings,” Baker told Doha News.

The WISE forum, which is not open to the public, continues through Thursday. 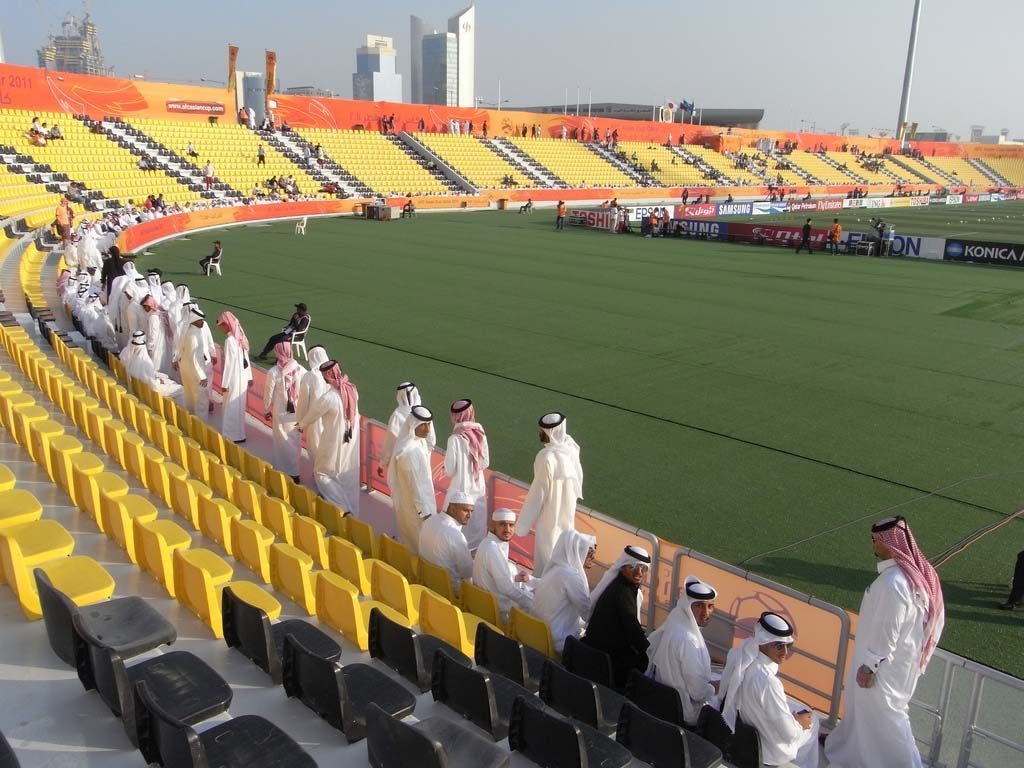 Top third… !! Really ? That’s one way of making sure the word top is used

I was in the top of my class… Top half 🙂

Many excellent universities in the US now refuse to participate in US News’ surveys and rankings, because they disagree with their methodologies. I guess they’ve (US News) has found a way to survive. >_<

That is the crappiest methodology I’ve ever seen. All they look at is publications. So if a University was located in a basement but managed to publish lots of papers it would rank higher than a university with a modern campus with state of the art technology and competent faculty…

Pay them big time, place them in a basement.

All hail the SEC and their ADHD regulatory style!

I think they should ask for their money back this is not how it worked with FIFA. QF partly funds this report and then a Qatar Univerisity only comes 29th. Disgrace.

I did wonder how those Saudi Universities could be at the top of the rankings, however looking at other worldwide surveys, they are just above being useless.

If the university rank in the top rankings, they are generally a good schools. Those Saudis universities rank in 200s out of top 400 schools in “Shanghai Index” which is a world wide known index. But it’s all about big spending here. If you will pay Phd folks big time to join your staff and publish papers under your school’s name, you will rise in these index. In all ways and shapes, QU have a better student life, Internationally certified academic programs and decent professors. Saudi schools have big names in their squads that leads to more publications and a better ranking.

How can King Saud be number 1? This is a university that kills students on the pretext of some stupid religious rule!

Do you call that a criteria! this is why a lot of schools don’t participate in these lousy rankings.