It’s almost 10 pm when Him Bahadur finishes his 13-hour shift at House of Tea, a rundown South Asian restaurant on Doha’s Al Shafi Street. The 28-year-old walks to the dingy apartment building behind the restaurant that houses its employees.

Climbing to his top bunk in a room shared with seven others, he pulls out an off-brand tablet. To the sound of snores, Bahadur begins to write.

His nocturnal routine lasts about two hours, until he falls asleep and then heads to work the next morning. Bahadur has been a waiter in Qatar for about four months.

It is a job he has taken to support his family back home in Nepal. While he is a waiter by day, by night, the expat turns to writing to demonstrate that he is not an average migrant restaurant worker in Doha.

Speaking to Doha News, Bahadur said that he has written more than 100 songs and has nearly finished several novels.

“When I sit down to write, I either bottle up all of my happiness, or all of my grief,” he said in Hindi.

His songs deal with love, usually featuring a dialogue between a man and woman. His novels also deal with love, but take place amid a backdrop of religious violence – an underlying theme of his childhood – and revolve around the tension between science and faith.

Bahadur said his stories do not aim to be high or low fiction, but are meant for any person to read. Featured characters are devoted to religion, but not to any particular one, reflecting his own religious sentiments.

“Religion is beautiful. But it’s like a car’s headlights. Stand too close and you cannot see anything around you. You’re blind to it. But take a few steps back, and you will see it in its true beauty, with everything around it. You will even see how beautiful the lights of other cars are,” he said.

The backdrop of religious violence in his novels is semi-autobiographical. Bahadur spent much of his youth in India’s northwestern state of Gujarat, where he witnessed riots in which Muslim and Hindu gangs went around knocking on peoples’ doors, throwing gasoline on those of the “wrong” faith and burning them alive.

“Why do people fight over religion? What do they get out of spreading blood? They all have the same God in the end,” Bahadur says. After the riots, he made it a point to read as much as he could about politics and religion.

He grew up in a Hindu family, but said he now studies the texts of all religions. Though his beliefs sometimes seem to overlap conflicting ideologies, he has come to a monotheistic understanding of life, and he prays to the one God he considers the architect of all the great religions.

Although he dropped out of school in eighth grade due to illness, Bahadur wrote fiction and lyrics from a very young age. He says when he was 14 years old, local university students and professors would come to watch him perform his songs and read his stories.

A professor said he would try to get some of his work published, but nothing ever came of it, and Bahadur never really imagined being able to make a living off of his writing.

Later, though, he put his creativity to practical use when he proposed to his wife by writing her a love song. They married and had two children in Nepal before he left to find work in Qatar.

To overcome monotony at the restaurant, Bahadur spends his time joking around with his co-workers. At House of Tea, everyone is a friend, and the environment in the restaurant is relaxed. No one is assigned a strict amount of tables; they take turns interacting with customers.

The restaurant may be cramped but the laughter is constant. Bahadur’s antics have even earned him a nickname.

“Because he is so good at parodying people, we call (Bahadur) the Joker,” said Nazeer Ahmed, one of his co-workers.

Bahadur is not satisfied with his salary of QR900 ($247) per month, but it’s more than he could get in India or Nepal, both countries that he considers home. Growing up in a Nepali immigrant family in India, Bahadur frequently traveled back and forth.

Most of the customers he interacts with are good people and fun to talk to, he says. But some are nasty or just in a bad mood. He recalled one instance:

“Once, a customer became very angry because his food hadn’t arrived after a long time. He started yelling at me. But I didn’t yell back. I stayed calm. I think that if you stay calm when people are angry, they will see the error of their ways. And the customer did calm down after a while and left me a good tip.” PHOTOS: A glimpse of Qatar’s wildlife 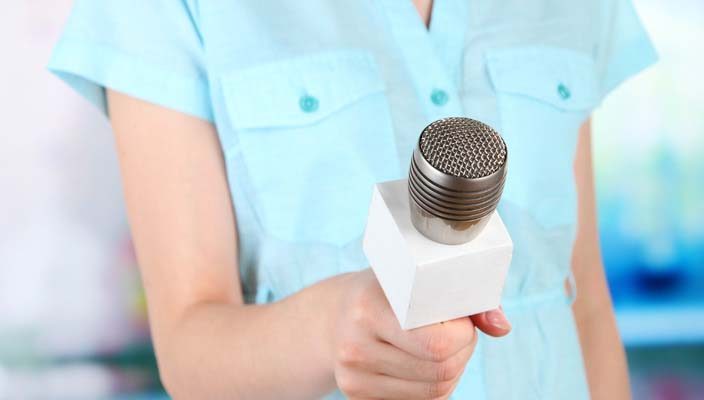