But the Kuwaiti creator of The 99, a widely successful comic book series featuring a team of superheroes with Islamic origins, has never fit into one mold.

Al Mutawa, a 44-year-old father of four, recently served as the keynote speaker at the sixth annual TII Conference, an event dedicated to exploring the field of translation within cross-national spheres.

This week, he spoke to Doha News about the challenges of going from studying psychology to creating a comic book series that has won him praise, but also criticism and death threats.

Al Mutawa explained that The 99 was created as an attempt to take back the Muslim narrative in the wake of the Sept. 11, 2001 attacks in New York.

Inspired by the 99 names of God, the characters in the books seek to extoll characteristics such as generosity, mercy, wisdom and “dozens of others not used to describe Islam in the media,” while taking on the world and fighting evil using their various powers, he said.

His characters include the Yemeni hijab-wearing superhero Batina the Hidden, Mumita the Destroyer and Jaleel the Majestic. There’s also Noora The Light, a wealthy university student who discovers a gemstone when escaping a kidnapping. Her power is seeing the light of truth in others and helping them to see it in themselves.

“In a way I did it as a dare – I was going to link the 99 attributes of God to positive things – such as super heroes. My belief was, and still is, that if our religion can give rise to both The 99 and to the rise of terror, then the issue is not God or our religious principles, the issue is human. That’s why I did it. To change the narrative,” he said.

From 2003, Al Mutawa worked to develop the series, writing the first two stories before sending them to illustrators in London, inkers in Ohio and colorists in Los Angeles to complete a graphic novel trifecta.

The series was subsequently published in 2006 in Kuwait by Teshkeel Comics, a subdivision of Al Mutawa’s self-created media company, Teshkeel Media Group.

The project has so far drawn some $30 million in three rounds of funding from private investors, and has drawn praise in the media, from the United Nations, the World Economic Forum and world leaders like US President Barack Obama.

At a 2010 Presidential Summit on Entrepreneurship, Obama commended Al Mutawa for “capturing the imagination of so many young people, with superheroes who embody the teachings and tolerance of Islam.”

But the public endorsement has also brought with it reproach from both sides of the Atlantic, offending some Muslims and non-Muslims alike.

Ahead of the canceled premiere of a 52-episode animated series on US TV network the Hub, the New York Post wrote a scathing review of the project, advising audiences to “hide their faces and grab their kids” to protect themselves against a posse of “righteous, Sharia-compliant Muslim superheroes…ready to bring truth, justice, and indoctrination to impressionable Western minds.”

For years, Al Mutawa said he has been caught in a “pandora’s box” of extremist backlash.

Last year, he was slammed for heresy by the Grand Mufti of Saudi Arabia, Abdulaziz al-Sheikh, who criticized the series’ supposed subversive undertones.

Despite having received publication approval by the relevant Saudi Arabian ministries, being financed by a Saudi investment bank and printed by Islamic companies, the book was called “the work of the devil that should be condemned and forbidden in respect to Allah’s name and attributes,” al-Sheikh said.

And last summer, Al Mutawa was also the subject of an intensive Twitter campaign, backed by activists linked to ISIL and Al Qaeda, calling for his death.

“It was stressful,” Al Mutawa told Doha News when asked about the threats.

“In addition to the stress of our personal safety, one of my great concerns was that it would affect me and my family economically. I was worried people wouldn’t come to my clinic, I was worried that they would distance themselves from my work.

But it was quite the opposite. It increased the attention to my work, and it brought out support where I least expected it. I have never been busier at my clinic, and the interest in The 99 continues to grow. It’s true, there will always be concerns for my safety and the safety of my family at the back of my mind, but in the end The 99 will live on much longer than I ever will and that makes me proud.”

In 2010, DC comics, a publishing giant in the world of comic books and the creators of Superman, Batman and Wonder Woman, announced a six-issue crossover with The 99.

The first season of the comic’s animated series has aired in almost 70 countries, and the books themselves have been translated into numerous languages and seen worldwide distribution. In 2009, the first of five planned 99-themed amusement parks opened in Kuwait.

Going forward, Al Mutawa remains ever optimistic. With the prowess of a businessman and the imagination of an artist, he too fights similar battles to those of his superheroes.

Fueled by a love of his sons and passion for education, Al Mutawa has a simple message for budding artists – follow your heart and your passion.

“I ignored my passion for 20 years. Finally, in my early 30s I just had to do it! My dad thought I had lost my mind, especially after all the effort that I had invested into my degrees.

This doesn’t mean that I think it is a bad idea to have a back up, and a solid education. I don’t regret my degrees at all. In fact, I believe that my degrees helped me to be the creative person I am today. I say to you out there, get into the creative fields not just because you feel like it, but because you can’t imagine your life, or yourself, without it!” 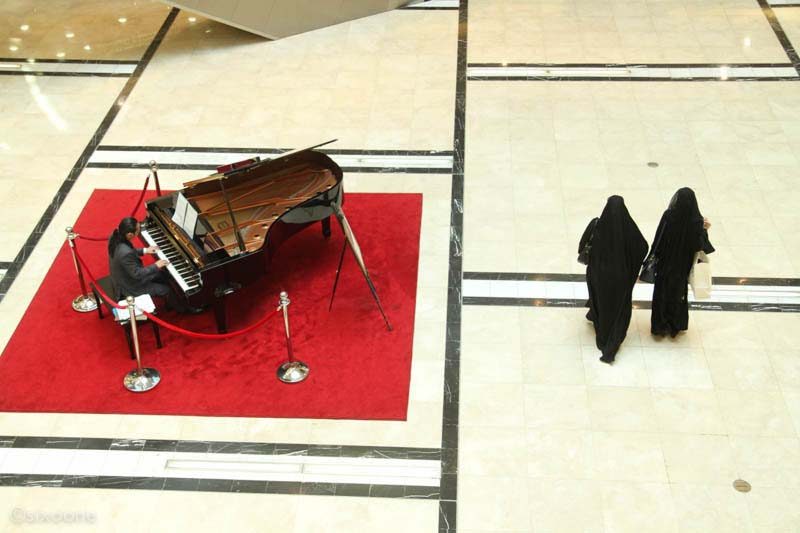 Video: I Love Qatar answers, is it illegal to stare at a Qatari woman?

How is this “supposed to be” news related to my life in Doha? What a load of …

Just to fill up the space lol

Apparently you didn’t realize that people in ‘Doha’ read comic books and that is part of life in Doha. If you need news targeting your demographics and interests, why not use Google? News isn’t about what you want to hear, its what’s happening around you – and if you picked a little thing called a ‘map’, you’d know you’re in the GCC and Kuwait isn’t far away.

It’ll be good if something like this got a bit of a push in the Arab countries. I don’t think I’ve noticed any issues or trades of the 99 here in Qatar anywhere.

I’m sure we can find copies here, maybe Jarir? I know they are available in the few book stores that are left in the states.

I’m pretty sure they can be found in the states or online through comixology or something like that. It’s just weird that no one think of supplying them here when this is their target market (they might be in Jarrir but I never noticed them).

I’m sure it’s somewhere here, if not, I’ll start ordering online like I do with most of my books/ebooks.