In a bid to save one of Qatar’s leading international schools from possible closure, a petition signed by more than 600 parents and supporters was delivered today to the Supreme Education Council (SEC) and the school’s landlord.

Last month, ACS Doha International School told its parents, teachers and pupils that it was in “protracted” negotiations with landlord Ezdan Holding Group to renew the lease on its campus in Al Gharafa.

While the school management previously said it was hopeful of a positive outcome, parents fear that if the talks are not successful, their children could be left without a school. This would prompt some families to leave Qatar.

There are nearly 1,000 pupils and 150 staff at the school, of 60 different nationalities.

One of the parents who set up the online petition is Hasna Nada, a Qatari who has three children at the school, in Grade 4, Grade 1 and Pre-Kindergarten 4.

She told Doha News that she was driven to action in a bid to save the school and to secure the education of the 940 pupils there.

“There was  a lot of anxiety from parents and teachers when we heard of the problems the school was facing with its lease. Everyone was upset, as it’s too late now to apply for places in most of the other schools in Doha,” she said, continuing:

“We wanted to do something positive to help the school. We are appealing to the SEC and to Ezdan to find a quick solution to the problem. We are saying to the SEC – please help us. If the lease on this site cannot be renegotiated, please help us to find another site or building.

And to Ezdan, we would ask them to see all the great things this school has achieved. Help us to continue doing them. This situation is damaging to our children’s education.”

On the website, the petition states: “ACS Doha has been a positive contributor to the education landscape in Doha … We call for a resolution to this issue and implore the SEC and government entities to aid us in ensuring the continuity in our children’s education.”

It is understood that some parents are appealing to their employers to get involved in the campaign to support the school. Meanwhile, missions including the British Embassy in Qatar have also reportedly been approached for assistance.

Nada said the aim of the petition was to turn some of the initial anger of parents into positive action:

“If the authorities allow the school to close, about 1,000 children will be left with no school – expats and Qataris. A lot of parents are considering leaving Qatar because of this. It is desperate times.

But I am Qatari, my husband is Qatari. We have no option to leave. This is our home. I just hope that all this will be resolved.”

American expat Aliya Qutub has three children at the school, in Grades 2, 4 and 5, and was a co-founder of the petition.

“We wanted to mobilize parents and staff and give them a voice – to show that we all stand behind the school,” she told Doha News.

Appealing to the SEC to provide “ongoing support” to the school, she added: “We are well established. We hope this will bear weight in the dialogue.”

She said that the petition had been delivered today to the Private Schools Office of the SEC, and also to Ezdan, and they are awaiting responses.

Qatar’s ongoing population boom has put a crunch on its essential services, and parents say finding school places is becoming increasingly difficult as the most popular schools have long waiting lists.

Headteachers have for some time reported that demand has affected local firms’ recruiting abilities.

Speaking previously to Doha News, Andy Yeoman – the headmaster of Doha English Speaking School – said: “Companies carrying out big projects here are struggling to recruit people with young families. I meet with CEOs every week, wanting to get people into the country, and they won’t come without a school place for their child.” PHOTOS: New QF World Cup stadium aims to be ‘diamond in the desert’ 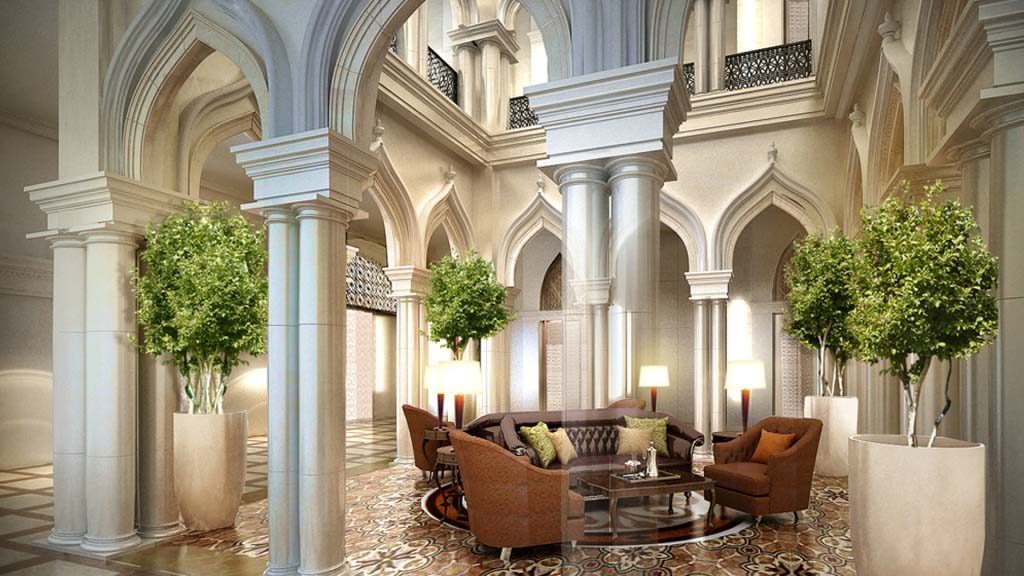 Priorities must be met. The school has to be replaced with yet another mall and 2 more Mcdonalds outlets.

I would not be surprised if Ezdan at the last minute become a financial partner in this school so they can clone it into five or six more schools and be seen as saving the day.

What is the issue? Is Ezdan trying to increase the school’s rent the same way that landlords have been increasing Doha residential rental prices?

Property rents in Qatar were recently found to be the third most expensive in the world, according to the Numbeo’s Cost of Living Index 2015.

That what I was thinking,rent increase as who else would be able to rent a building set up for a school.Ezdan has tons of properties, why target this one.

Land and building a house is crazy expensive and buying a house for sale is even worse. Maybe the only place you can buy any house under 3 million is alkhor and beyond and the finishing might not be that great. I wonder if people will start commuting from Bahrain if the rail is ever built.

It’s okay. Skilled people won’t come to Qatar anymore if they can’t raise their children. Guess, who will pay the price in the end?

Looks like a pure and straight forward case of blackmail to get more money or whatever from the guys that run this school and for sure the ACS Doha International School is not the only one which finds itself in such a situation. Just so sad that property owners abuse and twist the laws and rules to take advantage of the situation and of the contract that was done in good faith and not knowing that it would come to such a dispute

Why has it taken so long to resolve? How damaging is this for the reputation of the school and for Ezdan? If it wasn’t for the parents’ action and the SEC stepping in what would have happened?

Why would ACS School not simply secure one of the existing empty schools that have been built around town? Has the SEC not offered this option? That would seem to be the path of least resistance.

The Highest indirect Tax in this country is rental. Best schools on the planet are non profit organizations, but unfortunately, in Qatar everything is related to make more money even in children education. The government is only interested in opening public schools where 80% of the population are expatriates and raising their kids in private schools that meets their curriculums. Is Izdan considered as a poor entity and waiting for this school to make additional profits or they need some authorization and power in the School ? or ACS tuition (turnover) is low and they cannot pay it (the rental)? at the end of day, Qatar cannot hold high caliber expatriates by paying high wages if the other standard of living are not good especially children education. Let the council of education takes some measurements in order to allow expatriates invest in schools without a local Qatari Partners and allow them to own a land accordingly. In this case, the expatriates will invest in education for the best benefit of their communities.

ACS is a fantastic school, and we were very happy with it while our child attended. It is extremely expensive- grade 1 tuition cost as much as a year of university in America. Trust me, they can pay the rent.

I agree with Em. The tuition is very high at ACS, it shouldn’t be too difficult for them to afford an increase in rent, which makes us think it is about more than the rent amount. In any case, I hope that this is quickly resolved for the sake of staff and students. With high school children at the school including one in Grade 11, this closure will likely have us leaving Qatar. Very sad it has come to this.

Ecpats are getting laid off all over the place, landlord are going to struggle to find tenants by the mid of this year. Can’t say I will cry over that

Can anyone confirm or investigate the reason I heard Ezdan were being so “difficult” about the lease is that they want they classes to be segregated rather than co-ed? And that they won’t renew it until the school agrees to do that?

I can’t believe that is true, how could a business impose such intolerant policies as a condition of lease

Because the landlord is also the local sponsor of the school.

Actually that’s not the case, the landlord is not the sponsor. The sponsor of the school is a separate entity altogether.

The landlords are expecting a slow exodus of expats because of the oil prices and are trying to squeeze the last rial out before they are all gone.

It’s really sad! What will happen to all these children? To the staff? How can anyone do this to a child, or to an education. From what I know the school was sold by the landlord to Al-Hekma and ACS will no longer be. Apparently education doesn’t really matter here. Looking even at test scores between the two schools ACS’s numbers are at the top, Al-Hekma’s are extremely low. So why close a school that is teaching children, and is actually doing a fantastic job? In the states there are many Qatari’s who are studying very hard, and are in top schools. So why can’t this school stay open so for families here our kids too can receive a proper education? Anyone who can do this to children really needs to evaluate themselves, these children just want to get an education, just like other parents here at different schools for their children.

Any word on if this has been resolved??