While the divorce rate among Qataris is undoubtedly high, the numbers don’t appear to be getting worse than in the years past, one of the country’s leading family experts has said.

“It’s not true that divorce rates are higher now than they were before,” Noor Al Malki Al Jehani, the executive director of the Doha International Family Institute, said in a recent lecture at Georgetown University School of Foreign Service in Qatar.

“We recognize that divorce rates are high, because there is another phenomenon happening at the same time, which is that Qataris are getting married less,” Al Jehani added during last week’s talk, which was titled Strengthening the Family in Qatar: Challenges and Required Actions.

Government statistics show that the divorce rate among Qataris has been fluctuating in the past 15 years.

However, Al Jehani said these numbers are inflated and don’t tell the complete story. She noted that in Qatar and other Arab nations, Muslim couples will sign a contract to become legally married during their engagement. If a couple decides to separate during this period, they are still counted as “divorced.”

To obtain a more accurate figure, Al Jehani suggested marriages that are signed on paper during the engagement period but not consummated should not be recorded as a divorce.

Though the number of divorces has not remained constant, the marriage rate among Qataris appears to have been steadily declining since 2006.

Qatar’s Ministry of Planning Development and Statistics (MDSP) suggested that the overall decline in the number of marriages is linked to higher education levels among women.

However, Al Jehani said she’s skeptical about that explanation:

“People tell me that women are not getting married or marrying late only because (of higher levels of) education and I don’t buy that,” she said, providing an alternate theory: As women become more economically independent, they face pressure to support their family financially rather than getting married.

Researchers at the MDSP also suggested that the high cost of a wedding is prompting some young couples to postpone tying the knot. But Al Jehani cautioned against using financial incentives as a way of encouraging people to get married.

“This is not the way to build families, it leads to the destruction of families. What we need to do is family education and encouraging people to get married for the right reasons,” she added.

Al Jehani was involved in numerous initiatives to protect women and children and has reviewed and drafted several legislations related to women’s issues, such as the strategy of family cohesion and women’s empowerment included in Qatar’s first National Development Strategy 2011-16.

However, the number of domestic violence incidents in Qatar is perceived to have risen in recent years.

In 2012, the Qatar Foundation for Protection of Women and Children was recording an average of nearly four cases of abuse daily.

It found that 16 percent of men and 7 percent of women living in Qatar say a husband is justified in “hitting or beating” their wives in certain circumstances, namely if the woman leave the house without telling her spouse or if she neglects their children.

The view that wife-beating is acceptable was highest among young males between the ages of 15 and 19.

Some experts argue that the number of incidences could be reduced with legislation that specifically outlaws domestic violence. Currently, cases of spousal and child abuse are covered under general assault laws, which experts say hinders investigations into violence that takes place in the home.

New legislation has been in the works for more than two years, but has not yet led to any new laws.

Al Jehani said additional non-governmental organizations in Qatar could complement the existing work being done by government ministries and other organizations helping those affected by domestic violence.

“NGOs are instrumental in achieving family policies and act as a bridge between the families whose wellbeing the policies and strategies seek to serve and the government and its institutions that design and implement these policies,” Al Jehani said. 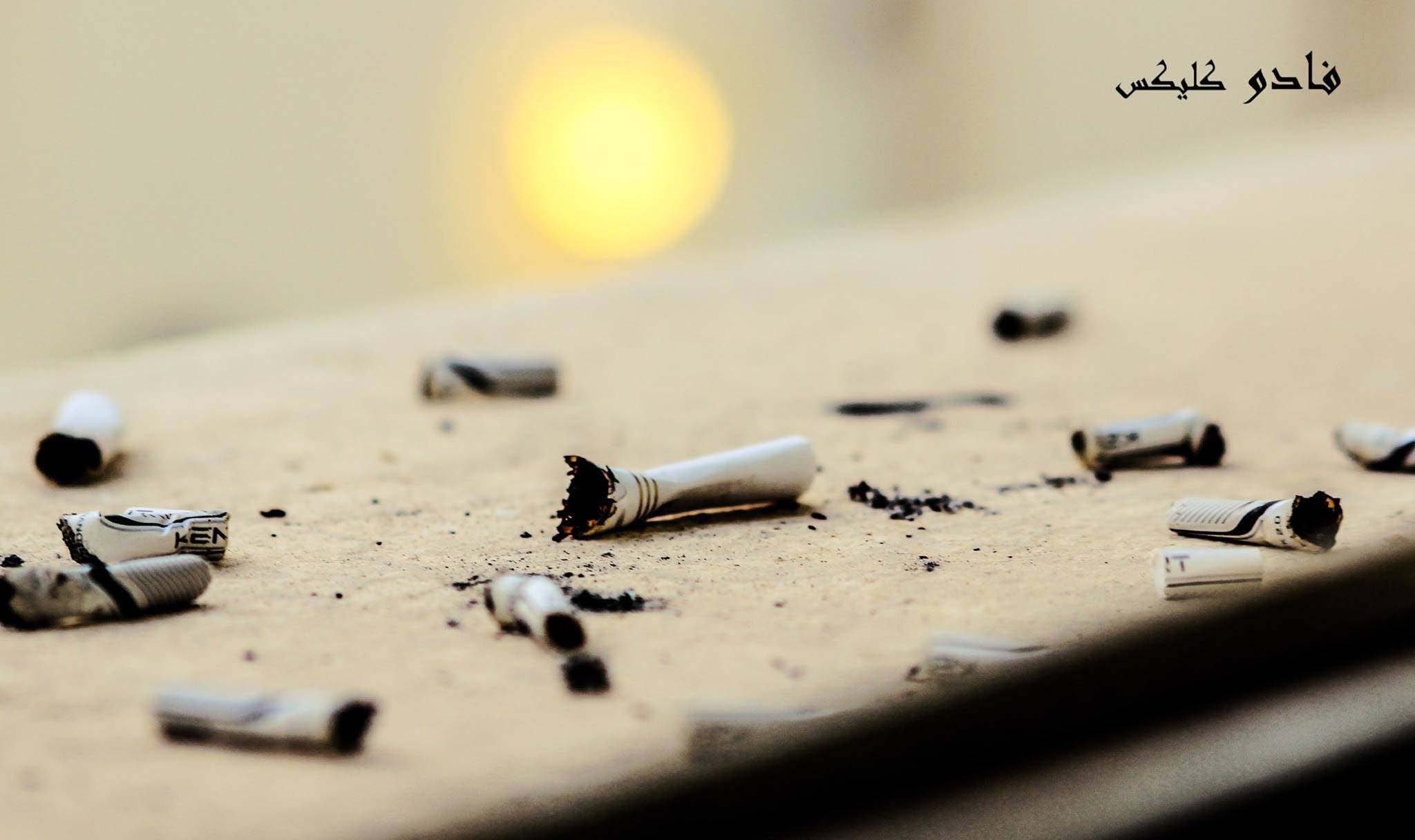 When I see the marriage costs in Qatar I understand why people do not want to get married. Unless families start to spend reasonably on the weddings of their children, the situation will not improve.

A lot just marry non-Qatari females if they want to avoid the exorbitant costs.

I have noticed that, and to be honest it is understandable. While wedding costs are on the rise everywhere in the Arab world, I must admit the numbers here have no parallel anywhere else.

Spot on! You put Qatar in the right group of countries where weddings are extravagant and lavish to say the least! 🙂

Its the show off culture plus the extreme emphasis on how you are perceived in society that has made marriage costs exorbitant.

Agree with A_qtr on this one (gasp!) Some Muslim (Arab/Desi) families easily drop $100k on weddings in Michigan.

Again, that might be a huge amount in the US but that is nothing here. With 100k USD (365k riyals) you get an average wedding here.

Better give them this link then

You are 100% right. I know Americans who basically spend what could be their mortgage on a wedding. Worse are the ones who borrow or use credit cards!

Wasn’t married outsiders banned within the last couple of years?

No, you just need to get “permission”, and if you are granted it then it will be ok, some get their requests rejected, even if they married legally abroad and have a kid with the woman.

Not sure whether it is a lot or just a few, but for instance in our small compound there are two Qataris married to expats. They do not spend most of the time there though so I assume these are their second (or third?) wives.

That’s because the process is quite….long and complicated.
You have 2 sessions of “interviews” in which you must state why you are marrying the individual. Then they deliberate whether to give you approval or decline. THEN it goes to the head MoI where you wait up to a year or more for the documents to be signed and then returned to the initial place….Some people state they have gotten the approval within 6 months but from what I have observed most of those I have known waited 1-2 years.
I never quite understood why something so personal required the approval of strangers; especially when both families have given their blessings and you have chosen the individual to spend the rest of your life with.
But I suppose that’s how it is and there’s nothing to do about it.

Sometimes we do it for love and companionship as well 🙂 *shocking
I’ve been with my spouse since I was 19 years old…I am almost 60 now.
We met in university in the U.S.A. and got married. We are best friends and walk the same path.
Someone’s nationality should never matter when marrying or how much they “cost”..such an absurd idea to me anyways. It should matter if you are on the same road in life.

What’s the average price tag for a wedding?

A Qatari colleague told me that you need at least 300k for a decent wedding. Anything less than that and you will be viewed as a poor Qatari.

Or a cheap one.

One of the local guys I work with spent over QR500,000 on his wedding and that was just the male and female ceremonies and with him really trying to get good deals for things. He obviously then had to add gold, the dowry, honeymoon —- expensive business for young people $$$$

a
Reply to  CAF

The groom and the bride don’t pay for a thing. It’s the parents of the groom and bride that pay for everything, including the dowry.

So it’s really money matter?i have a friend whose bf is a Qatari (married) and asked why she get involved in that situation and she reply that the man is unhappy with his marriage and didn’t marry the girl he wants to marry. (Sounds like a fairytale but it does exist) The copulation is a big issue to Qatari men according to my friend. Oh sigh!!!!

Seriously? Not a huge generalization at all 😐

I am more likely to generalise about ‘the friend’ who seems to think it is acceptable to have a relationship with a married man……….

So true. I’m surprised no one else said anything

seriously??? Copulation?! That’s a big issue with every man! LOL

Many Qataris don’t want to have these big and lavish weddings but they feel like they have to. We live in a small society where everyone knows each other. Everyone talks. You are pressured by society to meet certain standards or you will be the talk of the town and will be perceived differently. Sad truth.

well , this is my next challenge now !

Soon enough I’ll spend 500k for marriage , I pray to God that she deserve it :p

In my experience, it is better to ask whether you deserve her.

hahaha lool., ok then.
I’ll pray that we deserve each other :p

An excellent approach it seems to me – wishing you many years of married happiness. Always remember, she is always right, even when she is wrong, she is right.