Looking for a new padel court? Check out Doha Oasis’ three new courts, which will open to the public starting March 21.

Three new padel courts are set to be inaugurated by Doha Oasis on Thursday, a multi-use development project, as part of the country’s plan to expand its sporting facilities.

The new courts will open just in time for Qatar’s first local padel tournament, which is scheduled to kick off from March 17 to 19.

The first-of-its-kind competition in Doha is part of Doha Oasis’ partnership with the Padel Club and will feature players of all levels and genders fighting for the grand title. In total 5 different categories are present: double teams, men, women, and mixed teams.

Many sponsors have jumped on the opportunity to be part of the country’s latest local tournament, including the Sports Corner, Al Rayyan Water, Qatar Living, Qanwan Dates, Padel Club, Flowered, Kombucha, and others.

“We are pleased to organize another tournament in Qatar in cooperation with Doha Oasis. It is a new phase on the padel map in Qatar,” said Carla Briggigero, CEO of Padel Club.

“We hope that more people will be interested in this sport after the tournament, we look forward to your participation with us. We are sure that the event will be a huge success thanks to the support of our team, partners, and sponsors.”

In recent years, the Gulf state has established itself as a world-class destination for sports and athletes around the globe, serving as the region’s major sports hub. Every year, Qatar hosts tens of international tournaments in its facilities, flaunting its organisational skills despite pandemic challenges.

The opening of the recent state-of-the-art courts showcases Doha Oasis’ commitment to the social wellbeing of both residents and the general public in the country, Victor Agha, CEO of Doha Oasis, said.

“We are happy to see a series of entertaining matches and to see our guests competing in a healthy environment and enjoying their time with their family and friends here at Doha Oasis,” he added.

After the tournament concludes, the public will be able to book the three double player courts starting March 21 through Doha Oasis Padel App or website.

The courts will be open for all padel-enthusiasts from 2 pm until 10 pm in the evening. Each court will include top-tier integrated facilities to serve the players and their companions, including a store for sports equipment and supplies, bathrooms, and a coffee shop.

The lasting legacy of Doha Oasis

Located in the Msheireb area, Doha Oasis also provides side sessions for escorts to have the opportunity to watch the matches comfortably. All courts and stadiums are designed according to the latest international specifications recognized by the International Federation of that sport

The project aims to promote sports locally and activate the flow of tourism in the country. This includes running many attractions, entertainment opportunities and hotels, and even five-star restaurants.

One of the most prominent attractions run by Doha Oasis is Doha Quest, which has the nation’s largest indoor theme park in Qatar, the second-largest Printemps departmental store globally, a cinema multiplex, and many more.

It also includes Banyan Tree, an architectural marvel transformed into a 5-star hotel and residence with top-tier facilities that provide luxury and comfort for all its guests. 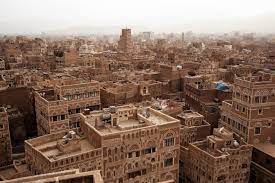