Students and faculty at Northwestern University in Qatar (NU-Q) began their winter semester this month at a brand-new building.

However, most of these features are not yet ready for use.

And a grand opening to mark the new building is expected sometime in the coming year.

NU-Q is a journalism and communication school, and one of six American universities operating in Education City.

Last year, the school renewed its lease with Qatar Foundation for another decade, meaning it will continue to remain in Qatar until at least 2028.

The new building broke ground in 2011 and was originally supposed to open in 2013.

Prior to moving in, the eight-year-old school was located at the top floor of Carnegie Mellon University in Qatar, and had a temporary studio building.

It also briefly operated inside of Texas A&M University at Qatar. 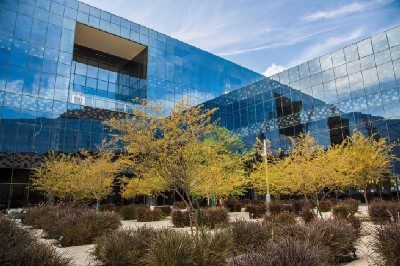