The seventh tournament venue completed by the Supreme Committee for Delivery & Legacy, was unveiled on Saturday as Qatar began the one year countdown ahead of the 2022 World Cup. Stadium 974 is notable for its unique and sustainable design.

Located near Doha Port, the stadium is made up of 974 shipping containers set to be fully recycled after the tournament is over in 2022. The current capacity of the stadium is 40,000.

The name change of the venue represents Qatar’s international dialing code 974. As well as an ode to the number of shipping containers which make up the body of the stadium. A display of Qatar’s national commitment to sustainability.

The 974 stadium’s structure is made up mostly of recycled steel while efficient water methods ensure water use will be reduced by 40% compared to regular stadium development. Stadium 974 does not require air conditioning as its shape and build provides natural ventilation.

The 974 stadium is also equipped with removable seats and other modular “building blocks” which will help to assist in its dismantling and reassembling in developing countries following the completion of the FIFA world cup games.

H.E. Hassan Al Thawai, Secretary General of the Supreme Committee said “We are very proud to announce the completion of Stadium 974. This is yet another milestone on the road to 2022 as we edge closer to hosting the first FIFA World Cup in the Middle East and Arab world.”

With engineer Yasir Al Jamal and chairman of the SC’s operations office stating “The striking Stadium 974 is a proud symbol of sustainability and innovation. The completion of this venue is yet another significant moment in our journey towards hosting the FIFA World Cup.” 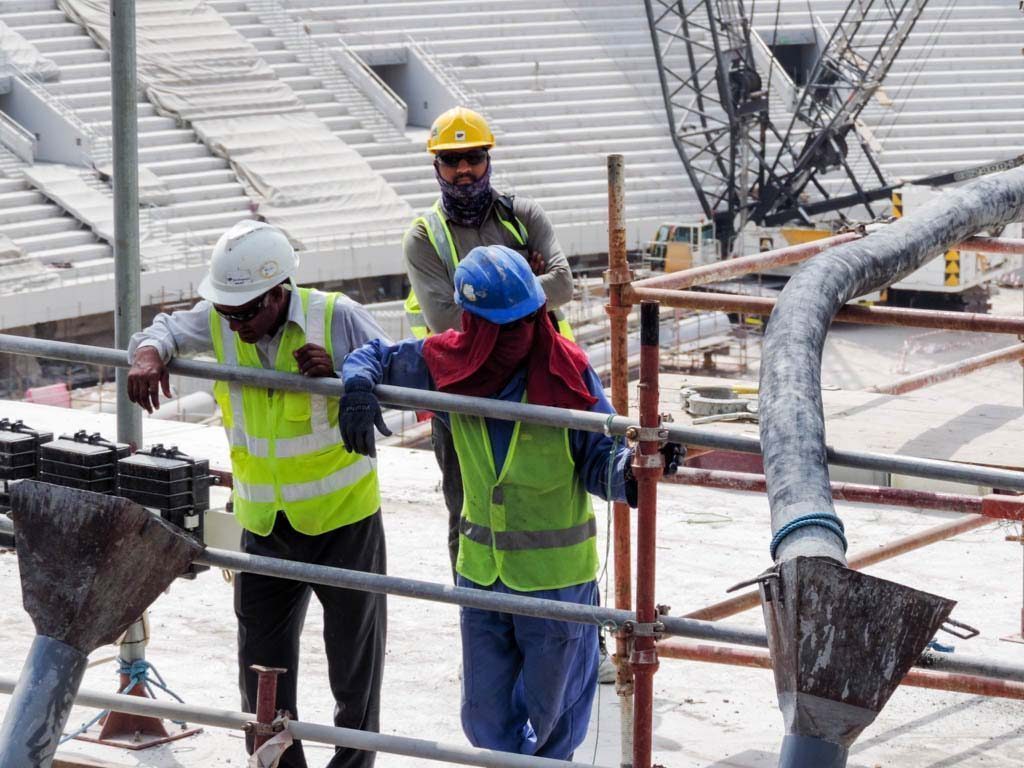