Only a handful of private schools in Qatar have been permitted to increase their fees by the Supreme Education Council (SEC) for the next academic year – which is a relief to parents, but is causing consternation among some educators due to the rising cost of living.

Speaking to the Peninsula, a senior SEC official said that 70 percent of applications from private and international schools to raise their fees from September 2014 were declined, as they did not show compelling evidence that they are incurring losses or upgrading their facilities.

Earlier this month, the SEC set out a new, five-point plan for assessing schools’ requests to raise tuition hikes, in an effort to create a “scientific and transparent” system.

All private schools in Qatar are required to submit a request to the SEC for approval if they wish to increase their fees. If a school announces fee rises without permission, its license could be revoked.

The Peninsula quotes the SEC’s Director of the Private School Office Hamad Mohamed Al Ghali, who was interviewed by a local Arabic daily newspaper, as saying that any permitted hikes in school fees would be kept in line with inflation:

“The objective of this policy is to support the schools to cover their expenses while at the same time controlling the fees to protect the interests of the parents,” he said.

Private schools contacted by Doha News reported mixed success with their applications. Contrary to the Peninsula’s report, at least two schools reported being allowed to raise their fees by more than 4 percent.

Schools that were granted fee increases by the SEC include:

Additionally, the Philippine School Doha said they had been allowed to increase fees, but did not disclose their permitted uplift.

Meanwhile, British school Doha College confirmed that it had not applied to the SEC for an increase in fees for the coming academic year. Last year, the school was granted a 12 percent rise, coinciding with the opening of its new campus in West Bay.

Many schools said they were appealing the SEC decision, saying the amount they were allowed to increase their fees by would not allow them to keep pace with Qatar’s spiraling cost of living.

Government figures released last week show that the cost of everyday living in Qatar went up for the fourth consecutive month in April, fueled by increases in the price of rent, fuel, furniture and domestic appliances.

Birla Public School Principal A.K Shrivastava explained that the school has been contending with continuously rising costs, and had agreed to give most teachers a very small salary increase (QR300) for the coming year. The increase in fees would only cover half those costs, he said.

He added:  “Overheads are increasing and salary forms one major chunk of it.”

MES Indian School principal A.P Sadidharan said the school had applied to raise its fees for the first time in four years.

“Prices are going up for everything, even petrol. We have no other way except to increase the fees,” he said.

Meanwhile, Ideal Indian School confirmed they had applied to the SEC to raise their fees by up to 10 percent, but had been rejected.

The principals of several Indian schools are expected to meet with the SEC tomorrow to understand why some have had their applications declined, while others were only permitted small increases. The schools also plan to appeal the SEC’s rulings.

The fees decision comes just a few months after some private schools in Doha were warned by the SEC to pare down class sizes.

Several Indian schools received a memo reminding them of a directive that limits class sizes to 30 children. Some schools had been operating with up to 40 children in a class.

Not all head teachers were critical of the SEC’s attempts to control school tuition fees.

Niall Brennan, Director of Park House English School, said it was “a really good thing” that the SEC has developed a protocol for schools to follow when applying for fee increases.

However, he said he still plans to appeal the 5 percent increase allotted to his school, saying the extra income would not cover rising costs.

“Our teachers have not had a pay rise in four years, we have infrastructure we need to replace, such as our astroturf pitch which costs QR1.5million – and we have just heard that the cost of rent in the compound where we house most of our teachers has been increased by 40 percent.

These are fixed costs, which we can’t do anything about. Where can we find this sort of money from?”

Still, he praised the SEC’s efforts to grapple with the issue of disparity in fees charged by private schools in Qatar.

Although fees may be on the rise, it does seem that investment across the whole spectrum of schools in the country has led to an improvement in the teacher-student ratio at both primary and secondary school levels.

Education company Pearson has just published the second editing of its Learning Curve Index, in which it ranks the educational performance of 39 countries, including Qatar and Saudi Arabia.

Secondary ratios are similar, according to the report. Qatar has 9.73 pupils in secondary school for every teacher, compared to 16.25 in the UK and 14.49 in the USA. Recent data for secondary ratios in Saudi Arabia was not available.

Amid issues like cost and quality of education, is how students here perform at school.

The newly released Pearson report compares Program for International Assessment (PISA) figures for the 39 countries, where such data is available.

The PISA rankings, which have been around since 2000, try to assess the knowledge and skills of 15-year-olds through a test given every three years. The 2012 PISA was taken in 65 countries, measuring 510,000 15-year-olds who are considered representative of 28 million students. 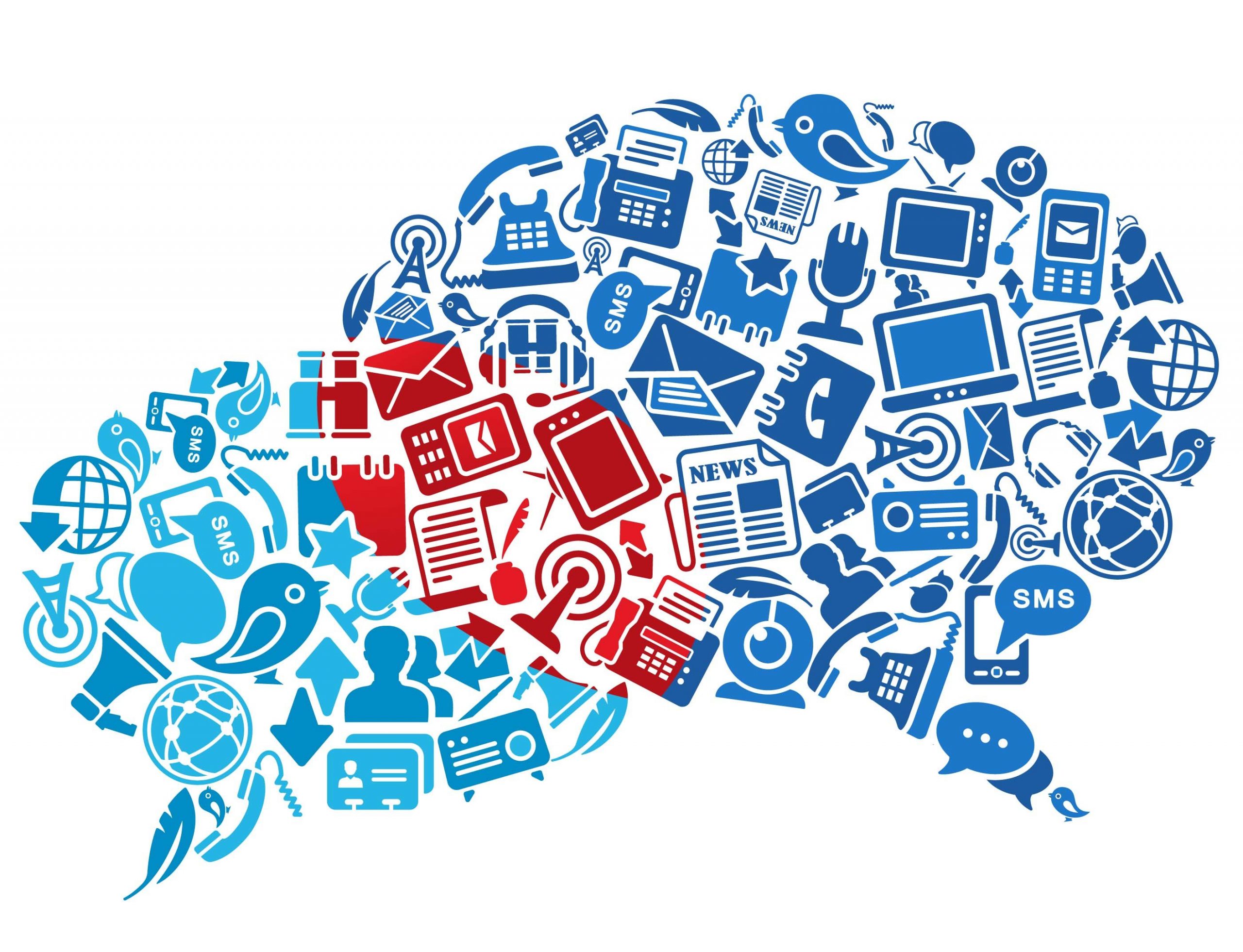 The “Improving schools” and “Academic results” sections might make more sense in the article about shortened school days for independent schools. I don’t think the private/international schools that have requested fee increases are included in the PISA rankings or Pearson LCI, are they? Isn’t it just the “local” schools?

Qatar has many different educational systems running at the same time — independent, private, international, community, with different rules for each (it seems). It’s confusing. I suspect there actually more students overall in the private/community school system than in the independent school system just like there are more non-Qataris than Qataris in the country. The devil is in the details. When talking about “primary schools in Qatar” I think it’s very important to say which schools EXACTLY are being referenced.

Private schools in Qatar are indeed included in the PISA tests.
If memory serves me right, one will find that the top British, American and Indian schools in Qatar (i.e. the top 12 schools in Qatar) achieve scores of around 500+ in the areas of Maths, Reading and Science; this is commensurate with the world average or slightly higher.
These scores are included in the Qatar averages of 387 for Reading and 383 for Science; a similar score is obtained in Maths.
So Qatar’s average scores are dragged up by the best private schools yet they are still at the very bottom of the international tables…..just imagine what the scores are that are obtained by the government sector and the less well performing private schools?
If you look on the SEC’s website you can obtain the PISA scores for each school in Qatar.

Thanks! Oh my, that is alarming.

Looked and couldn’t find PISA scores on the SEC website, but did find information about who takes the test here:
In Qatar, the PISA administration is census- based. That means all eligible 15 year old students in Private Arabic, Independent, community and International schools participated in the PISA 2006 and 2009 main administrations. Since the eligibility criterion is not grade but age based, the 15 year old students taking part in PISA come from 9th , 10th and 11th grades. The total number of students in PISA 2006 and PISA 2009 was 7500 and 10500, respectively.

The link is for a Booz report on the GCC school market. Still not seeing the scores, but will take your word for it that they’re even worse than they seem at first if the independent school student population is isolated from the rest.

kubaru
Reply to  Still not satisfied

I suggest for you to flip through this interesting data http://www.oecd.org/education/school/Untapped%20Skills.pdf, showing how much better immigrant students do than their Qatari counterparts. Contrary to most countries, where usually immigrant kids fare worse.

I must be missing something. What is the point of capping school fees in the first place? If the fees are too high, then don’t send your kids to that school, right? It seems limiting school income directly limits the quality of resources and staff those school can provide. Doesn’t this directly impact student learning? Isn’t a parent advocating lower fees really advocating for a lower standard of education in this case?

Schools are ridiculously over priced to begin with. Compass at 70,000qr would be condemned in the States for having such poor facilities and structures. The majority of these schools are for profit and the teachers see none of this money. It all goes into the owners pockets, if it didn’t, wouldn’t Compass have the most amazing facilities? Plus, parents don’t have many choices as to where to send their child. They are lucky to find a spot in ANY school. So, yes raising school fees is a huge burden to many.

As far as schools being overpriced in Doha, it seems that there is a mixed bag. For instance, the American School is a non-profit with a tuition capped at $18,500 USD for the most expensive year group. This is one of the LOWEST amounts of ANY similar international school around. ASDubai: $21,000, International School of Dhaka: 21,000, American School of Muscat: $24,000, International School of Manila $24,000, American School Delhi: 28,700, etc. I can certainly understand a cap on for-profit tuition if price-gouging due to the lack of school seats is taking place, but I’m thinking that non-profits might be in a slightly different boat because costs and fees must be equal. An increase in tuition (more) directly translates into better resources for students.

PISA results are broken into two groups,so one needs to consider this check and balance: into similar schools category or all schools involved category.In any even, if one lives in what has been called the”richest Country”in the world, and one that is moving to an education based economy,it isn’t a pretty picture currently.

“Additionally, the Philippine School Doha said they had been allowed to increase fees, but did not disclose their permitted uplift” .– sneaky as always.. i could see another round of chaos to ensue like last year.

Philippine school increased the FEE without stakeholders consultation as it should have been (2013) .. the increase last year (2013) was made MONTHS AFTER the enrollment & classes started .. can anyone please explain why it is OK to increase the fees halfway through the school year?

To get thru the loop, it was not a called a tuition fee but was termed as ” ” “various FEES” or to that effect ,”miscellaneous”.

It was like going to a hair saloon, and midway of your haircut the barber/hairdresser tells you, that unless you pay more, this hair cut will become something memorable.