When it comes to unlocking the talent of its workforce, Qatar fares well above most of its MENA peers, according to a new index from the World Economic Forum.

The 2015 edition of the Human Capital Report assessed 124 countries on factors such as education levels, skills and employment rates.

Out of the 12 MENA countries in the index, Qatar came in third, behind Israel (29th) and the UAE (54th). The three nations were the only ones in the region to make it into the upper half of the rankings.

By comparison, Saudi Arabia scored 85th, and Kuwait, 93rd. Several other Arab countries ranked near the bottom of the index, including Morocco (95th), Tunisia (98th) and Yemen (124th).

Finland was ranked first, in large part due to its strong educational system. Canada ranked 4th, the US 17th and the UK 19th.

What appeared to put Qatar ahead of many nations in the region was the growth potential of its young population.

The report broke down opportunities available to different age groups in each country, and Qatar’s rankings fared best when it came to the under-15 age group:

“The United Arab Emirates (54) and Qatar (56) benefit significantly from the strong perceived quality of their primary schools (13th and 9th overall, respectively) and overall education systems (9th and 3rd, respectively), but also report some of the lowest tertiary and vocational enrollment rates among their 15–24 age groups in the Index.”

However, the notion that Qatar’s primary schools are well-performing was seriously challenged this week, when a new global ranking put the Gulf state near the bottom of a 76-nation-index.

The Organization for Economic Cooperation and Development report examined how representative samples of 15-year-olds performed in math and science tests, ranking them relative to their peers in more than a third of the world’s nations.

Qatar came in 68th place overall. Coming only ahead of Oman (72nd), it was among the GCC’s poorest performing countries.

Still, it appears that high enrollment rates in primary education here point to the possibility that talent is being developed.

The WEF report encouraged Qatar and other Gulf nations to continue fostering that growth by ensuring more of its population go to college.

WEF’s inaugural human talent index was released in 2013. At that time, Qatar ranked 18th out of 122 nations globally, and first in the Middle East.

However, one of the report’s authors told Doha News that new methodologies were used to calculate this year’s index, so it is not comparable to the previous one.

Read the full WEF report here, and see more on Qatar below: 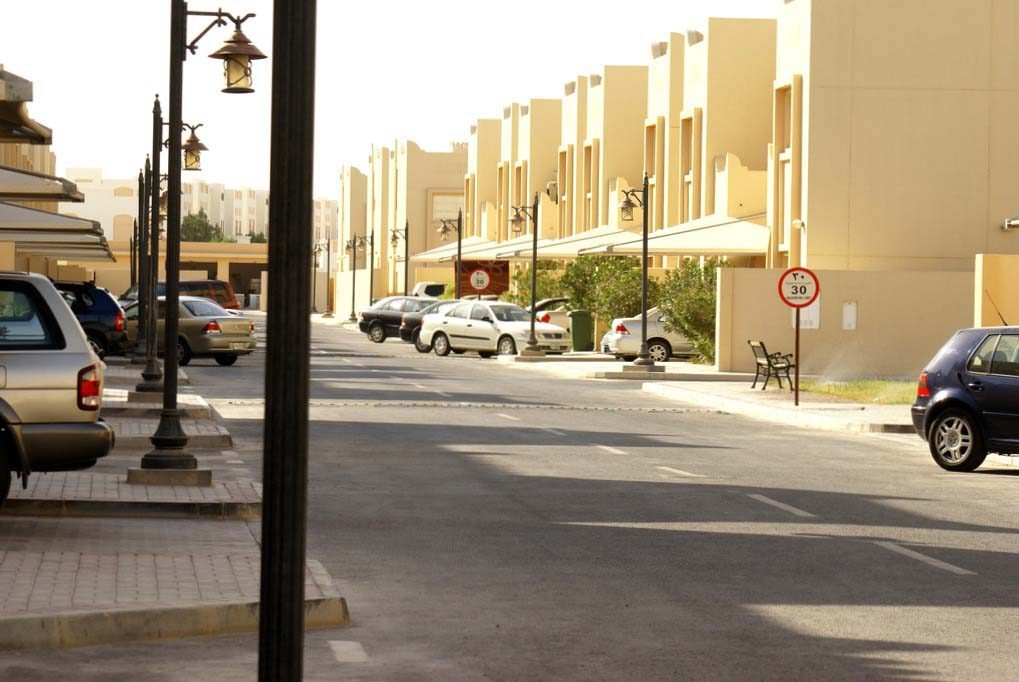 I was sent this on Whatsapp a few days back. Is it apropos?

Astaghfirullah … What is this Israel that you are talking about? There is no Israel .. It is Palestine … Boycott Starbucks but buy technology products from Apple and others (They all have Israeli technology)…. because Luck Fogic .

Maybe the Israel that existed before Palestine. Palestine was an invention of the Romans when they decided to wipe out the Jews after yet another rebellion against their rule and name the land Syria palestinia. Then later in history, (probably what you are referring to) the Muslim Arab armies invaded and conquered that piece of land, murdering Jews and enslaving them.

even the theories that you spot border on the insane

Just this time I will educate you. I suggest you enrol in some further studies, your knowledge of history is poor.

First of all, Wikipedia is NOT a trustful source of information. Secondly, even if DNA analysis, records from Ramses II, and further archaeological evidence make the Palestinians the “Sea people” who came from the eastern Mediterranean around 1,200 BC, they, the Palestinians won’t believe it. MIMH, it’s better to forget about it. – And it actually has nothing to do with the fact that Qatar is a low-performing country in terms of education.

I agree on Wikipedia, but I was keeping it simple for them. Really history books as with education in this country are too much like hard work.

As hard as getting you to construct proper sentences perhaps?

since when did wikipedia become the torch bearer of history?

I thought you were smarter then to use Wikipedia as a primary source, very disappointing MIMH.

History? More like your version of how want things to have happened.

Imitation is the sincerest form of flattery

Oh look, we have an intelligent comedian who could not resist the opportunity to share with us an irrelevant and worn out reference to the ironies surrounding Arab boycotts.

Deleting for being off topic, and subsequent thread.

Doha News own article: Qatar Ranks In Bottom 10% of Education Index. https://dohanews.co/report-qatar-ranks-in-bottom-10-of-education-index-but-shows-potential/ And then we get this news…Hmm… What I would really like to see, is employment numbers WITHOUT the expat workforce included… Those numbers would tell the REAL Employment story in Qatar. As an example, don’t give total population, give Qatari population which is about 230,000, not 2.3 million. Give Labor Force to Population and Employment to Population ratios for the Qatari workforce. We all know the expats are here to work, but let’s look at real local numbers. All these stats and graphs and data is woefully skewed.

when did PISA become the standard for education index?

Agreed, I’m surprised the linguistic bias in PISA hasn’t been mentioned yet.

Observant One
Reply to  SLICK

Yep, what you said.

I’d love to see those numbers too, this article is terrible 🙁 definitely contradicts the education one as you said.

Without stripping away the data for the expat population, this bit of ‘research’ is dubious at best.

Of all agencies that publish international rankings, the WEF has always been the most generous to Qatar. They must know something the others don’t.

Just ask a man in blue overalls about how his social capital and human capital is being built….

Any report that does not take into consideration the blue collars is biased and distorted.

None of this makes sense. I think too many studies are done on quantitative data–numbers can be portrayed in certain ways that reflect facts not context as related to actual truth in reality. I certainly dont see much human capital development here–in certain sectors yes, but in most no.

….seriously?
If there is something consistent about this country is pushing talented people to struggle in order to remain in this place and eventually leave disgusted.
Developing human capital means nurturing those individuals and not making them escape, means giving locals a reason to grow and not just having their diapers changed constantly by someone else.
Mentality has to change in order to keep the human capital!!!