Those who have driven on the road between Doha and Dukhan will undoubtedly have seen the imposing walls of the Emiri Guard’s Barzan Camp.

Most residents never get to see inside, but Qatar News Agency (QNA) captured some images yesterday when Qatar’s Deputy Emir Sheikh Abdullah bin Hamad Al-Thani opened the Emiri Guard’s headquarters on the site.

During his visit, the Deputy Emir was shown a model of new buildings in the barracks and toured the supreme command center and the rapid reaction group building.

Barzan Camp is already home of the Emiri Guard’s training center, which teaches troops skills such as intelligence gathering, security and VIP protection.

The Guard plays a big role each year in the annual QND parade along the Corniche.

However, the soldiers were unable to take part this year due to the cancelation of QND celebrations in solidarity with Aleppo. 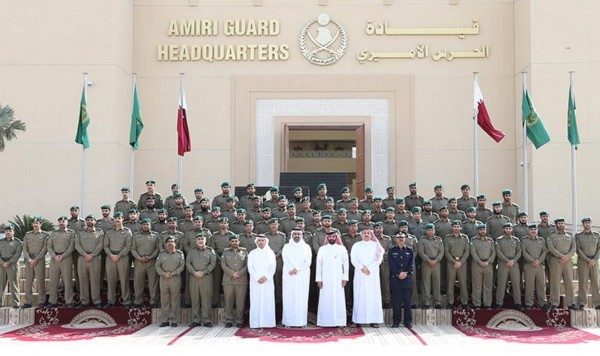