Qatar’s stance against rejoining OPEC has raised questions on whether the Gulf state is following a business or a political strategy.

Qatar, the world’s biggest exporter of liquefied natural gas (LNG), has announced significant developments over the past week, from a sudden move to rebrand its state-owned LNG supplier, to bold comments about rejoining the Organisation of Petroleum Exporting Countries (OPEC).

In an event in Doha on Monday, Energy Minister and CEO of QatarEnergy (formerly known as Qatar Petroleum) Saad Al-Kaabi discussed the surge in gas prices as suppliers fail to fulfil global demand.

“I’m unhappy about gas prices,” Al-Kaabi said. “If the customer is unhappy, he’s not going to buy.”

With volumes currently at around 80 million tonnes a year, the Qatari official said “we are maxed out.”

“We’re just consistent, we’re producing what we can.”

Speaking to Doha News, energy analyst Shawgy Mustafa said although Qatar is spending billions of dollars to boost its LNG production, the global demand is much higher and requires a greater expansion.

“The import of LNG doesn’t fit the expansion and increase in production which causes a crisis,” the analyst said, adding that the level of storage in Asia and Europe has led to a “historical surge in prices.”

Mustafa said the Covid-19 pandemic has triggered a major challenge for various industries, in particular energy and gas.

“Due to the pandemic, in 2020 many worldwide projects were suspended as big companies faced financial problems.

“In 2021, some 14 projects were suspended or are now awaiting final decision investments. The only project that got an FDI is the Qatari expansion project in the North Field,” he noted.

The energy expert said Qatar’s exit from OPEC comes as the Gulf state seeks to focus on LNG since “it does not produce that much oil per day, so this will not affect the cartel.”

Qatar “made a wise decision not to engage in OPEC, especially with tensions in the cartel during the past two years amid the pandemic,” he noted.

Doha bowed out of OPEC in late 2018 at the height of a bitter dispute with mainly neighbouring Gulf states, though it never pointed to that as the main reason.

In July 2017, Saudi Arabia along with the United Arab Emirates, Bahrain and Egypt imposed an illegal air, land and sea blockade on Qatar over charges it supports terrorism. Doha has constantly denied those allegations.

Although the four-year dispute came to an end with the signing of the Al-Ula Declaration earlier this year, Al-Kaabi said there is “absolutely nothing that would bring us back” to OPEC, noting attempting to influence oil prices is not part of Qatar’s strategy.

Mustafa said this could perhaps suggest Qatar’s exit at the time was linked to a political strategy as opposed to business forecast.

“None of the sides disclosed what happened behind closed doors. Maybe because the previous rift in the GCC affected Qatar’s role in OPEC, but all parties remain conservative” about sharing such information, he told Doha News.

“All we hear is that Qatar left to focus on LNG,” he added.

Since leaving OPEC, updates from the Gulf state suggest this has been the case. In recent years, Qatar has announced major plans in the LNG field, including the the North Field expansion project – the world’s largest LNG project.

Qatar has also inked numerous agreements, including most recently with South Korea’s “Big 3” shipyards in July to purchase over 100 ships, in the largest-ever single LNG vessel order.

“The historical purchase of 100 LNG vessels will make Qatar dominate around 60% of the worldwide capacity of building LNG vessels,” Mustafa said.

“This explains why Qatar needs to be focusing on LNG,” he emphasised, noting Doha’s insistence to remain clear of OPEC now suggests a well thought out business strategy, “especially since the rift is over now.”

“Qatar leaving OPEC is a right step toward focusing on LNG and avoiding any commitment with a cartel that doesn’t fit its strategy now or in the future,” he added, noting the Gulf state has been able to avoid tensions between members that were triggered by the challenge of the pandemic.

“OPEC has been facing obstacles for the past two years, as prices go up clashes happen between members at the cartel OPEC.”

At the height of the global health crisis in 2020, Saudi Arabia led a price war on oil with Russia as OPEC members failed to reach an agreement on proposed oil-production cuts.

Asked about a solution to the surge in prices, the energy expert said that “all producers should cooperate not, only Qatar, because the use of LNG is expanding especially in Asia.”

He stressed that “countries that produce LNG need to make more investments in this industry.”

“We have to see more investments and Russia has to pump more gas to Europe. That’s the instant solution for now because there’s a political issue between Russia and Europe.”

“The strategy of China to move from coal energy to LNG and Japan shutting down its nuclear power reactor for maintenance affected the energy consumption, that’s why LNG imports increased.

“As a matter of fact, LNG is a gateway to clean energy, it has less emission than coal and oil.”

From Qatar Petroleum to QatarEnergy

Al Kaabi’s comments on Monday came during a press conference in Doha that unveiled a new brand identity for Qatar Petroleum, which changed name to QatarEnergy amid ongoing moves to expand projects in the energy sector.

This came two decades after the Qatar-owned [LNG] supplier changed its name from Qatar General Petroleum Corporation [QGPC] to Qatar Petroleum in 2001.

The new logo represents two components of the company’s identity: the green molecules evoke renewable energy while the blue emblem represents LNG. The new identity matches the company’s aspirations to deliver cleaner energy to the world and reflect its role as an active global partner in energy transition.

“Qatar petroleum, the name itself, does not fit its strategy as it aims to become a global energy company,” Mustafa said.

“This change in identity is to showcase its ability to be a global company.”

“This came ahead of the announcement of the new expansion which will be by the end of the year or the next year to announce the companies that will participate in the expansion of 33 million tonnes,” he added. 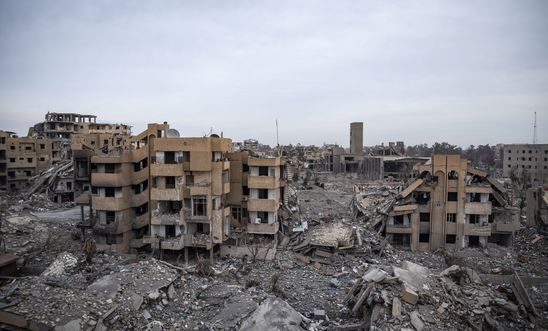