Qatar Foundation has given $130 million (QR473 million) in funding to several locally-based research projects – which range from examining issues faced by Qatari teachers to a cloud computing study that could alleviate some of the strain on Doha’s roads and infrastructure.

The winners of the latest round of Qatar National Research Fund’s National Priorities Research Program (NPRP) – its flagship funding stream – were released this week. A total of 162 projects from 22 institutions in Qatar were granted funding for this year – the largest number of projects funded in a single round of NPRP.

The money will pay for various types of research, with topics including:

Weill Cornell Medical College-Qatar’s Associate Professor of Public Health Dr. Laith Abu Raddad and Prof. Julia Critchley, an epidemiologist at St. George’s, University of London, are examining the relationship between diabetes – which affects around 16 percent of the Qatari population – and tuberculosis (TB).

In their research abstract, they note that diabetes triples the risk of developing TB, and with a growth in type 2 diabetes in TB endemic countries, there is a threat to global TB control.

“We will develop our TB model to explore the impact of changes in DM (diabetes) prevalence on the dynamics of TB infection, and to assess whether screening TB patients for DM and DM patients for active or latent TV could help meet Millennium Development Goals for TB.”

Dudley Reynolds, an English professor at Carnegie Mellon University in Qatar, received funding for research into the professional development of Qatari teachers of English.

Along with Dr. Abdullah Abu-Tineh from Qatar University and Dr. Donald Freeman of the University of Michigan, he will undertake a national study of public-sector Qatari English language teachers’ experiences in, opinions of and reported use of professional development, as part of the wider, cross-national Learning4Teaching Project.

The aim of their project is to “unravel systemic issues” and create a professional development program that is tailored to teachers’ needs and which should contribute to an improved public education system. Speaking to Doha News, Reynolds said:

“This is the second QNRF funded project aimed at providing effective professional development for Qatari school teachers that I have been involved with.

Human development is the first pillar of the 2030 National Vision and Qatar has committed significant resources to its educational system. It is important to get it right.”

Another research topic involves a cloud computing project that processes “big data,” which could have significant benefits for medicine, infrastructure and transport in Qatar, one researcher said.

Prof. Mohammad Hammoud, a computer science expert at Carnegie Mellon University in Qatar, is collaborating with Dr. Tamer Elsayed from Qatar University and Dr. Rami Melham from the University of Pittsburgh to develop a “fully fledged scalable – ie, can run on thousands of machines – distributed analytics engine.”

The system should be able to quickly and efficiently crunch through enormous amounts of data to help academics, planners, medics, engineers and government officials come up with solutions to everyday issues.

“The proposed system will aid in solving various problems that relate to Qatar. As we prepare for the World Cup in 2022, there are numerous infrastructure, transport and supply chain management issues which could be improved with this system.

“It could also be used in medicine to expedite DNA sequencing for protein identification, for example.”

This is the seventh round of NPRP, which aims to support Qatari institutions and encourages collaboration with well-known international entities to conduct research that will support Qatar’s development.

To be considered for funding, proposals should be aligned with the four pillars of Qatar’s National Research Strategy – energy and environment; computer science and information and communications technology; health and life sciences; and social sciences.

In total, QNRF received 798 proposals for the latest funding round – an 18 percent increase from last year. The number of applications from Qatari-led principal investigators had also doubled in the same period.

For the first time this year, researchers who had previously been awarded a grant from NPRP and are nearing the end of their project could apply for extra funding to extend their research and build on their initial findings.

QNRF awarded 10 of these new renewal grants to researchers, as it announced all the successful grants during its sixth Annual Forum.

Some institutions and academics were also commended. Weill Cornell Medical College’s Dr. Shahin Farii has been working on a project examining stem cell biology and angiogenesis – the physiological process through which new blood vessels form from pre-existing vessels.

He was awarded the title of Best Researcher for being prolifically published – 14 journal papers, and a book chapter.

QU was acknowledged as Best Research Office in 2014, while the Best Research Team award went to Texas A&M, which is leading a collaboration of academics from USA, Germany, China, Serbia and Australia. 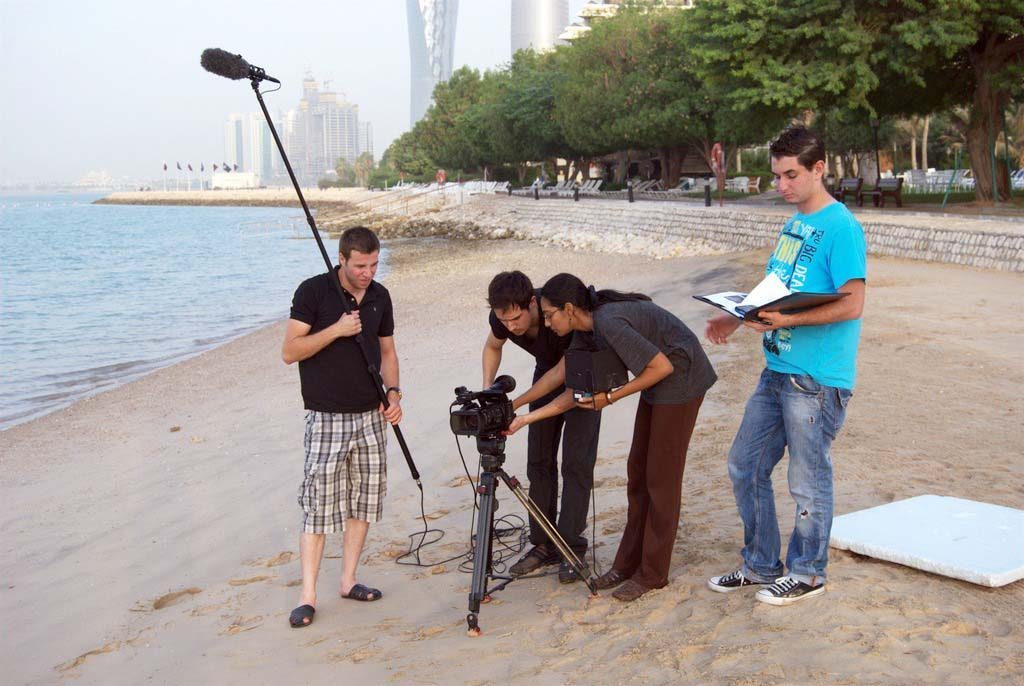 Certainly good areas to throw your money, better than building the world biggest flag or the world record in number of crashes by land cruisers in a month.

Qatar does do some good things and this is one of them.