Qatar residents will soon be able to rent “virtual addresses” outside the country from the state-owned postal company, officials have said.

The new feature will make it easier for customers to shop from online portals such as Amazon that currently restrict deliveries to the Gulf state.

Q-Post is scheduled to start a pilot project by March 2016 called Ship 2-Q, which aims to overcome barriers to buying goods online from outside the country.

The feature would compete with private shop-and-ship firms such as Dubai-based Aramex, said chairman and managing director Faleh Mohammed Al Naemi, who made the announcement at last week’s Qatar e-Commerce Forum.

He predicted Q-Post would play a central role in the country’s expanding e-commerce market, which is expected to grow to US$2.2 billion by 2019, up from $1.2 billion this year.

“Q-Post will work hard to fill all the gaps in Qatar’s market,” Al Naemi said.

While Amazon says the majority of items in its catalogue can be shipped to Qatar, some residents report being unable to purchase some popular products online.

How can I order something off of Amazon and ship it to Qatar if the item doesn't typically ship here?

Anyone else in the sand pit have excessive trouble navigating Amazon? Is this an ooredoo thing or a Qatar thing?

An alternative used by many residents is Aramex’s Shop and Ship service, which gives customers their own delivery address in one of 15 foreign countries. Products purchased online are delivered to the foreign address, then forwarded to Qatar.

However, some customers have complained about Aramex’s rates and customer service over the years and hunted for alternatives such as Borderlinx, a service that partners with shipping firm DHL.

Aramex has also relocated several times in Qatar, and closed down a few of its more convenient locations in recent years. However, over the summer it opened a branch at the Gate Mall in West Bay, to the relief of those who found it difficult to access its main location in Abu Hamour.

Al Naemi did not elaborate on Q-Post’s planned rates or provide specific details on how Ship 2-Q would work, apart from saying that customers would be able to have addresses in the US, Europe and Asia.

His announcement comes amid a broader e-commerce strategy in Qatar to introduce more competition, which would lower prices and improve service.

Despite the sector’s rapid growth, only 14 percent of Qatar’s residents shop online compared to a regional average of 27 percent, according to ictQatar.

Rates are higher among wealthy foreigners and lower among Qataris and low-income expats, the government ministry added in a report distributed at last week’s forum, titled Qatar National E-Commerce Roadmap 2015.

Increasing e-commerce usage is seen as desirable because it gives consumers more flexibility and choice, while enabling businesses to more efficiently bring goods to customers.

The government wants to reduce some of the barriers to the sector’s growth, such as a preference for paying cash on delivery and the regulatory requirements for establishing an online business.

Officials are also taking a closer look at the logistics of how physical goods are delivered from an online business to a customer.

During the forum, Dr. Hessa Al-Jaber – Qatar’s minister of information and communications technology – said the government planned to end Q-Post’s monopoly on domestic parcel service to make it easier for local e-commerce entrepreneurs to serve their customers.

While Al Naemi made no mention of this regulatory change, he highlighted several other planned initiatives.

These include offering automated “e-locker” rentals in shopping malls, residential neighborhoods and academic campuses by March 2016, where residents can collect their deliveries at their convenience.

He also said Q-Post remains committed to introducing home delivery service, which was first announced more than two years ago.

Al Naemi said a pilot project is currently underway in Al Wakrah and that officials are analyzing the results.

He gave no timeline for the expansion of the service, but suggested that the slow adoption of the Qatar Area Referencing System project – under which every home and building in the country will eventually be identified by a unique blue address plate – was hindering its efforts.

IctQatar has uploaded a video of the entire e-commerce forum here: Nadal, Djokovic face off ahead of men’s tennis open in Qatar 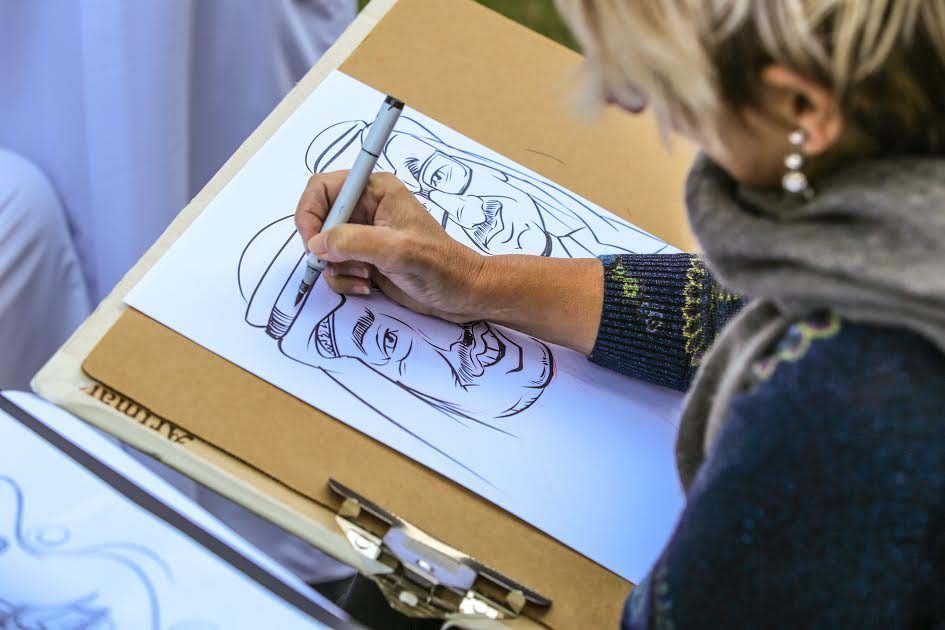 Expat caricaturist ‘spoiled for choice’ while drawing faces of Qatar