An audience of five billion people engaged with the World Cup one month after the historic winter tournament in Qatar.

Doha has compensated workers and hotel staff who were charged unauthorised recruitment fees to be a part of the FIFA World Cup Qatar 2022 with QAR 86.6 million ($24 million).

The Supreme Committee for Delivery & Legacy (SC) oversaw the campaign and implemented a general reimbursement programme both during and after the international sporting extravaganza, FIFA said as part of a post-World Cup report.

Over 49,000 Supreme Committee and non-Supreme Committee employees were reimbursed by 266 contractors through the Committee’s Universal Reimbursement Programme. Additionally, hotel owners did the same, paying out QAR 163,670 ($50,000) to 58 employees.

Citing its illegality status both under international and Qatari law, FIFA said in a statement the payment of recruitment fees “is a global issue affecting millions of migrant workers worldwide.”

Some 156 hotel owners across the nation participated in due diligence training for personnel both before and during the event. The first sector outside of construction to adhere to the nation’s WWS standards was the hotel and hospitality sector, the report outlined.

The formation of joint committees across Qatar was also influenced by these forums.

Meanwhile, an anonymous complaint hotline was also available for employees to use around-the-clock and in 11 different languages. According to official statistics, some 2,441 cases were submitted to the hotline, and 89.6% of them were successfully resolved.

In the lead up to the World Cup, Qatar faced heavy scrutiny on its human rights record, with particular focus on migrant workers in the Gulf state.

However, Doha has repeatedly stressed that it has responded to criticism by introducing major reforms over the years, most notably the dismantling of the controversial kafala, or sponsorship, system.

However, scrutiny continued even throughout the sports tournament, with officials in Qatar and beyond saying the “unprecedented attack” by western media has largely disregarded key labour reforms in the country.

Rights group doubled down on pressure in the lead up to the World Cup with calls to compensate migrant workers and their families.

With just 100 days prior to kick-off, Human Rights Watch demanded a  “comprehensive remedy programme for workers who suffered serious harms, including deaths, injuries, and wage theft,” while working on World Cup-related facilities like as stadiums, transportation, and hotels.

However, Qatar maintained it Qatar had spent tens of billions of dollars on infrastructure since it was selected as the FIFA World Cup host in 2010.

In a statement sent to Doha News, a Qatari government official pointed towards the the Workers’ Support and Insurance Fund that was established in 2018 to disburse payments awarded by the Labour Dispute Settlement Committees when a company becomes insolvent and is unable to pay workers.

During the criticism at the time, FIFA, the International Labour Organization and World Cup organisers hailed the tournament as a stimulus for modernising Qatari laws and society.

Responding to Amnesty in May, Qatari organisers pointed to “significant improvements … across accommodation standards, health and safety regulations, grievance mechanisms, healthcare provision, and reimbursements of illegal recruitment fees to workers.” 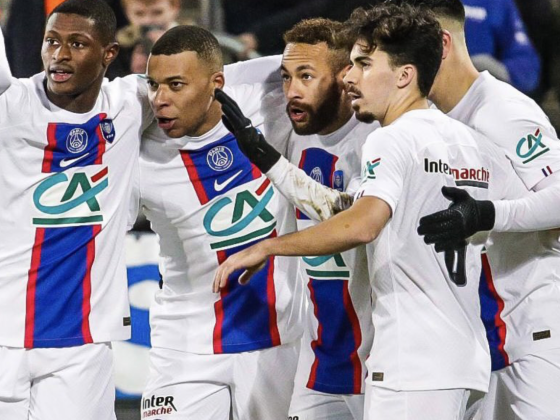