Calling all art lovers! Fill your schedules with Qatar Museum’s amazing art exhibitions throughout spring of this year.

The spring exhibitions will feature a wide range of interests to cater to Qatar’s diverse community and ensure inclusivity, showcasing contemporary art, natural history and the art of collecting.

For those interested in collecting precious items, the National Museum of Qatar (NMoQ) is launching Mal Lawal 3 in March, following the event previous popularity.

However, for this year, the platform will bring together unique private collectors and help support and further establish the hobby of collecting.

On March 3, Mathaf: Arab Museum of Modern Art, will open its doors for the extraordinary art exhibition titled “Kader Attia: On Silence.”

The solo exhibition will feature work from the artist that spans the last two decades and will be curated by Director of Mathaf Abdellah Karroum and Assistant Curator Lina Ramadan. It will include site-specific installations, sculptures, collages, drawings, video, and photography.

But this is not just a normal exhibition. Attia’s artwork is expected to provoke the viewer’s emotional and physical experience by exploring interesting themes of postcolonial trauma and the ensuing decades of psychiatric ‘repair’ at the social and individual level.

In addition, “Jeff Koons: Lost in America” exhibition will be presented at QM Gallery AlRiwaq as part of the 2021 Qatar-United States Year of Culture, which will open on March 28.

The shy dugong is a large marine mammal that has lived in Qatar’s waters for over 7,500 years. It has enormous significance to Doha, as the country has the second largest population of the water creature in the world after Australia

Currently, QM has three ongoing exhibitions for the community to enjoy, the first is “Grey Times” which is currently taking place at Fire Station Artist in Residence until July 24.

The institution is also holding “A Falcon’s Eye: Tribute to Sheikh Saoud Al Thani” at the Museums of Islamic Art until April 10, and “Splendours of the Ancient East: Antiquities from The al-Sabah Collection” at NMoQ until February 3. 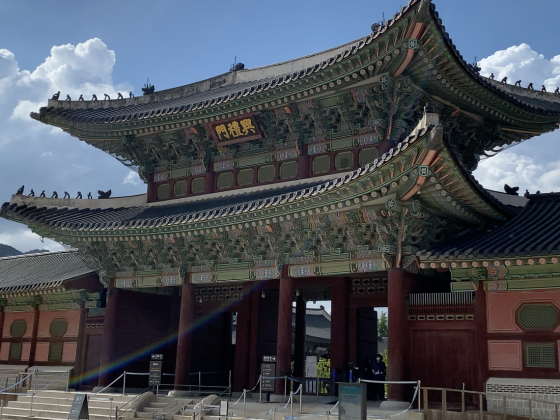