No Qatari official has commented on the reported investment.

Qatar is reportedly in talks to buy some $2.5 billion of stakes in several Egypt-based companies as the country grapples with the economic impact of the Ukraine crisis, Bloomberg reported on Wednesday.

Sources privy to the matter told the news agency that the Qatar Investment Authority (QIA) could potentially acquire a 20% stake in Vodafone Egypt from Telecom Egypt Co. in a deal expected to be concluded later this year.

However, the sources were unable to list the other firms as they were not on Egypt’s stock market, read Bloomberg’s report.

Vodafone Egypt’s spokesperson Ayman Essam told Bloomber that it was “not officially aware of the deal” while declining to provide further details on the matter. QIA, Telecom Egypt and Cairo’s sovereign wealth fund have declined to comment on the reported deal.

The QIA is the Gulf state’s sovereign wealth fund and oversees an estimated $445 billion in assets.

Telecom Egypt, a state-owned entity, had acquired a 45% stake in Vodafone Egypt in 2017 as the UK’s Vodafone Group owns a 54.9% stake in the telecommunications giant.

Qatar’s Amir Sheikh Tamim bin Hamad Al Thani made a similar visit to Cairo on 24 June, marking the second such trip to Egypt since the 2013 military coup.

The meetings between the leaders signalled the warming of Qatar and Egypt’s ties following the full restoration of ties in 2021 with the Al Ula Accord.

The historic accord came after Egypt joined Saudi Arabia, the UAE and Bahrain to impose an illegal air, land and sea embargo on Qatar over claims that it supported terrorism. Doha vehemently rejected those claims as baseless.

Egypt, the world’s top importer of wheat, is among the nations that has been hit by the grain crisis in light of the ongoing war in Ukraine. A total of 80% of Egypt’s imports come from the Black Sea region, at the heart of the conflict between Russia and Ukraine.

Seeking to find a way out of the crisis, Egypt turned to the oil-rich Gulf region and the international Monetary Fund. Lionel Messi wants out from PSG to prepare for World Cup: reports 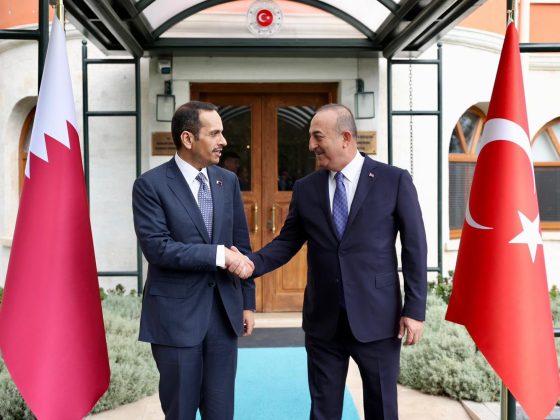