An international petition condemning the jailing of a Nepalese teacher in Qatar has amassed more than 3,000 signatures in less than 24 hours, and continues to climb.

Dorje Gurung, who taught chemistry at Qatar Academy before being fired last month over remarks made to his students, faces charges of insulting Islam, a felony crime here that is punishable by up to seven years in jail. He has denied the allegations.

Qatar Academy has acknowledged it fired a teacher last month, but declined to comment further on the matter.

The petition, posted on Change.org, is addressed to Mohamed Bin Abdulla Al-Rumaihi, Qatar’s ambassador to the US, and will be submitted once a “critical mass” of signatures are gathered. The aim is to get 100,000 supporters, said Nathan Armogan, the US-based person who launched the petition.

In addition to listing Gurung’s extensive international teaching experience, the petition calls for due process of the man’s case and asks for his prompt release.

Among those who have signed it appear to be friends, colleagues and  classmates of Gurung’s from around the world. It reads in part:

In his professional capacity, he has mentored and befriended people of many different religious and cultural backgrounds, and he has consistently garnered love and respect from his peers, friends and students who are all shocked by the recent events…

There is growing international attention to his case, and those monitoring the developments fervently hope that due process will be followed, and that Qatar will uphold its international reputation of being a tolerant and welcoming country. Given the facts of this case and Mr. Gurung’s long standing professional credentials, those of us who are following his case hope that justice will be done, and Mr. Gurung will be promptly released.

Meanwhile, a Facebook group called “Free Dorje Gurung” has also been set up, with members mobilizing a campaign to contact government officials in Qatar, the management of Qatar Academy, international human rights groups and anyone else who could help with his case.

There is also talk of setting up a legal defense fund. In that capacity, Dr. Najeeb Al Nuaimi, the lawyer defending the imprisoned Qatari poet, told Doha News today that he is ready to represent Gurung.

“I think he did not do something wrong – that’s my impression,” he said. I” will represent him, inshAllah.”

Gurung is currently in jail and is expected to make another court appearance in two weeks. 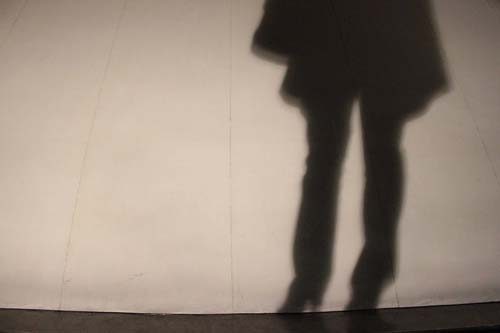 DFI to screen drama/thriller Disconnect this week at Katara