The Gulf state’s oil and gas revenues have reached QAR 117.6 billion in comparison to QAR 70.4 billion reported in the first half of 2021, showing a total 67% spike.

Qatar and Hungary agreed to hold talks over liquified natural gas (LNG), becoming the latest European country to turn to the Gulf state for energy amid the ongoing Russian war on Ukraine.

The statement over the discussions was confirmed by Hungarian Foreign Minister Peter Szijjarto on Wednesday in Doha, where he met with Qatar’s energy minister Saad Al-Kaabi.

“It is in Hungary’s interest to draw in new sources into its gas supply,” Szijjarto said, per a translation published by Reuters.

“There needs to be an agreement between the two companies, and the agreement needs to make business sense, nevertheless, we have entered into a political agreement today and the talks can start,” he said.

The Hungarian diplomat also noted that the European Union’s expansion of its Southern LNG terminals would be crucial to buy the gas from Qatar.

“If Croatia expands the capacity of its LNG terminal, as promised … then it could be realistic for gas from Qatar to have a role in Hungary’s energy supply within three years,” the Hungarian official explained.

Hungary became the latest European country to turn to Qatar to secure its energy supply as countries in the region move towards abandoning Russian gas.

The region previously received 40% of its gas supplies from Moscow, and almost a third of the shipments pass through Ukraine before supplies dropped under geopolitical tensions.

Since the start of Russia’s war on Ukraine in February, LNG giant Qatar has been approached by several European countries, including Italy, Austria and Germany.

Hungary is among the countries that heavily rely on Russian oil and gas and currently receives 4.5 billion cubic metres of gas per year through Bulgaria and Serbia. The supply is under a 15-year deal signed last year with Russia.

Qatar has proven its role as a reliable energy partner and is working towards expanding its LNG production through its mega North Field Expansion project, the largest of its kind.

The multibillion-dollar project is expected to increase Qatar’s LNG production capacity to 126 million tonnes per annum by 2027.

In October, Qatar’s Amir Sheikh Tamim bin Hamad Al Thani said that the expansion of its mega gas field “will have a significant impact on mitigating the repercussions” of the current energy crisis.

On Tuesday, Qatar reported a total revenue of QAR 81.8 billion n for the third quarter of 2022. Oil and gas made up QAR 76.3 billion of the total reported, per figures shared by Doha’s state-news agency.

The oil and gas revenues have reached QAR 117.6 billion in comparison to QAR 70.4 billion reported in the first half of 2021, showing a total 67% spike. 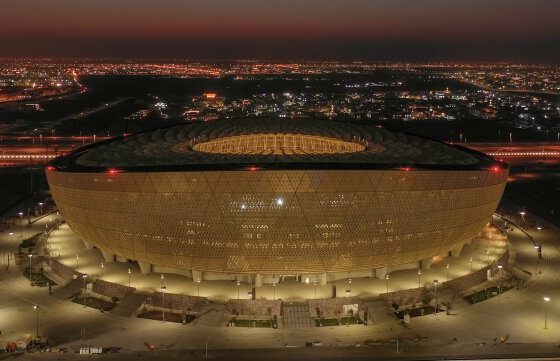