As the number of divorces in Qatar inches upwards, some marital experts say more counselling services for couples could help reverse the trend.

Some 122 men and women ended their marriage in January, up 15 percent from a year earlier, according to figures from the Ministry of Development Planning and Statistics.

Hadia Baker, senior family counselor at the Family Consulting Center, told Doha News that Qatari and non-Qatari couples generally cite similar reasons for wanting a divorce, although some expats have the added stress of feeling isolated, far away from home and their support network of friends and families.

Baker said she most commonly hears complaints about infidelity, financial problems, over-involved parents and partners who are insensitive to the needs of their spouse.

“(These can) create big problems and a big gap between the woman and man,” she said.

The good news, Baker said, is that many of these issues can be resolved if couples take the time to sit down with professionals to understand more about themselves, as well as what a marriage entails.

She said she believes pre-marriage counselling should be mandatory for couples in Qatar.

Marriage is one of the most important commitments in a person’s life and it needs preparation and education, Baker added.

The main topics include the psychology of the opposite sex, effective communication, health-related topics, including sexual education, and and financial planning. The religious and legal aspects of marriage are also covered.

In addition to in-person sessions, the center offers services over the phone, via email and through Facebook.

The legal age for marriage in Qatar is 18 for males and 16 for females. A court may allow a marriage below the minimum age, but it requires the consent of the legal guardian and two other witnesses.

Baker said some families pressure their children to get married too quickly and without giving adequate consideration to who they will marry and how they feel about them.

They then discover after the marriage that this is not the partner with whom they want to spend the rest of their lives, she added.

In other cases, Baker said parents may negatively interfere in their children’s marriages, dictating their behavior and they interact with their spouse.

Baker says that there is one essential ingredient for a happy and successful marriage.

”Marriage can survive anything and get over all obstacles, if we understand that marriage is the only way for fulfilling the needs that we carry from our childhood,” she said.

She explains that all people carry baggage from their childhood into their marriages and unconsciously hope their spouse will resolve the emotional pain they felt while growing up.

“Some couples put (very high) expectations in their marriage and become very disappointed when these expectations are not met,” she said. “They feel they’ve been deceived by this marriage.”

She added that once the couples realize this and communicate it to each other in a positive way, they start to let go of the resentment and anger they have towards each other.

“Every soul and every person on this earth looks for wholeness; to be complete in their feelings, in their way of thinking, in their way of seeing the world around (them),” She said. “Wholeness does not happen, because on earth here, there is no such thing as perfection.”

The affiliated with Qatar’s legal system, which refers divorce cases to the organization in the hope that couples can reconcile their differences before ending their marriage.

The center has around a 57 percent success rate in these cases, an official sad.

The center also assists the court in reaching financial settlements in divorce cases and aiding couples to reach amicable agreements on the custody of their children and other financial issues.

Baker said that divorce in itself doesn’t harm children. However, the way parents handle the divorce can cause a child to suffer.

”If they see their parents fighting, they lose their security and show many behavioral and psychological problems,” she said.

She added that the problems start when the spouses try to use the children as leverage against each other or as a means of “revenge.”

She says she witnessed many “healthy divorces,” where the couples continue to respect and value each other, which reflects positively on the children.

The Family Consulting Center offers free consulting and therapy sessions for children who suffer from behavioral or psychological problems including children of divorce and their parents.

Baker advises residents to take responsibility in their relationships and seek professional help when needed.

She added that disconnection between couples happens through stages in the marriage.

“Do not come (to seek professional help) when it’s too late,” she said, adding that early professional intervention can make a big difference and even save marriages. 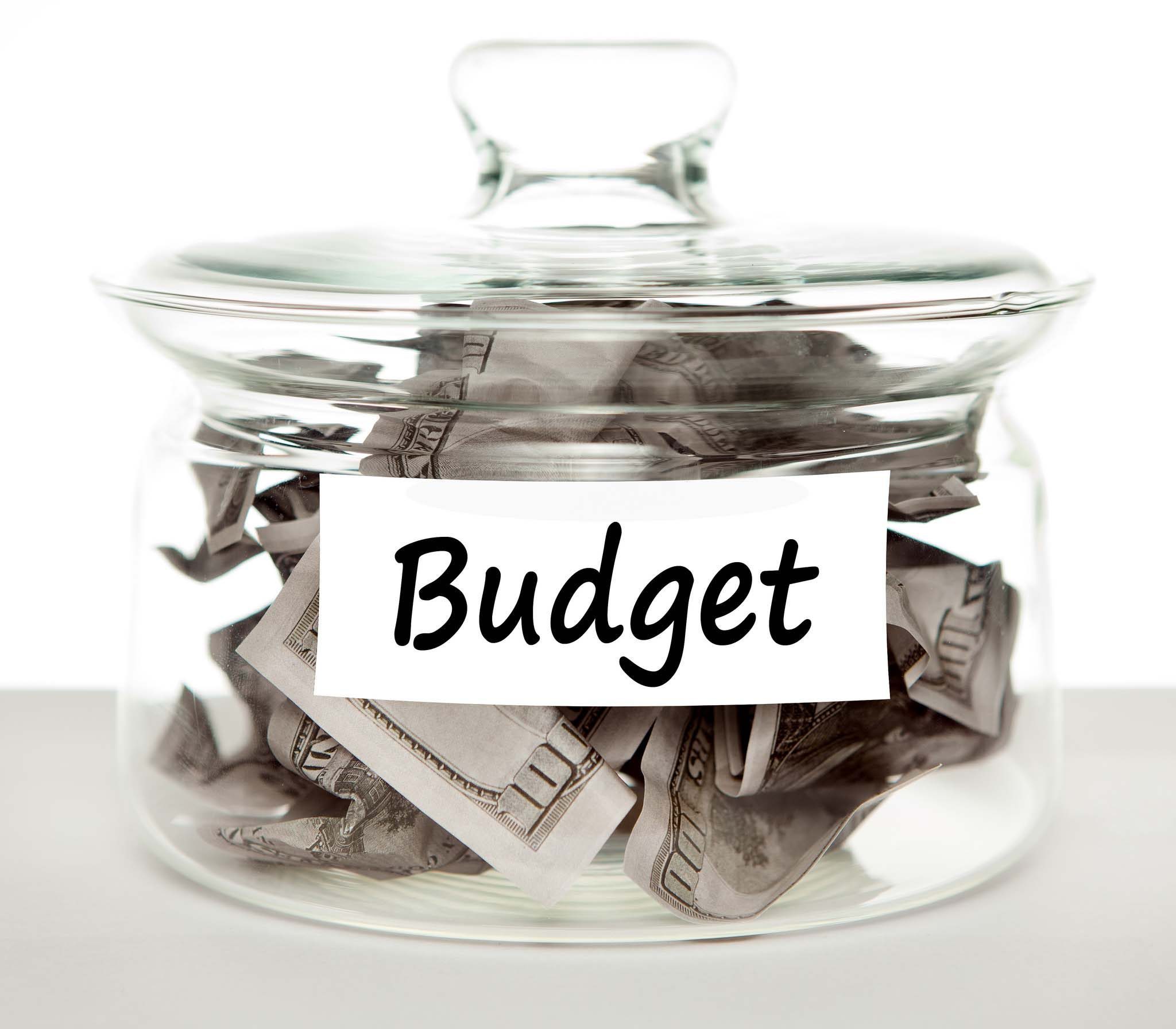 I’m a bit surprised a court would allow a marriage below the legal age since for girls it is 16. Anything less and you are in paedophile territory.

are you in the market ?

You couldn’t afford me

sorry, but I am not that type of person.

The type that can afford things.

Dear 999 Id like to report a fire on Dohanews ignited by a triple .. Yes.. Triple burn from Abdulrahman

Are you high maintenance?

In some parts of the world you are being married when you’re born. The parents decide then already.

americans are nuts but UK is 16 with parents consent, otherwise 18. Americans probably believe you carry marry a six year old as long as you own a semi automatic….

You need to chill brah

I think you’re right. Too early for my medicinal cognac though….

Agreed on the UK info. My home laws are copies of the UK. Below this one gets into statutory rape or carnal knowledge of a minor regardless of what insitution has performed the marriage. The law will not allow the marriage.

No family, stressed lifestyle, limited activities, are all factors that contribute to many divorces here.

Possibly true for expats, but for locals the mix may be too much family involvement, lack of life direction and pressure from peers (causing stress), too many demands on time through external commitments. Whatever the reasons, Qatari and non-Qatari, the outcome is a 30% divorce to marriage ratio.

What is your source for the last three countries, please ?

Divorce is a tricky thing to measure, because you must first measure the number of people getting married. In some countries fewer and fewer people get married, which obviously means that per 1000 of the population, there will be fewer divorces.

A very easy way to see the differences in divorce rate methodology, try to play around with the table on this Wikipedia page. Ranking the countries by “Crude Divorce Rate” or by “%Marriage:Divorce Ratio” will yield very different results.

The top 5 ranking countries when you choose to use the “Crude Divorce Rate” date as Russia, Belarus, US, Gibraltar, Moldova.

When you rank by Marriage:Divorce ration, you find the top five is now Belgium, Portugal,Hungary, Czech Republic, Spain.

As you rightly point out, a divorce to marriage ratio of 30% is actually very low by global standards.

Agreed. Just goes to show how statistics are worthless unless you consider all the contributing factors. In this case population increase/boom, migration in/out flows of expats… there are probably more…

Depends on the country too. Euro countries are feeling the squeeze so couples may be putting off marriage, however the economic situation may be putting a strain on relationships bumping up divorces.

I visited Belgium recently with my wife. Thankfully we returned in one piece… : )

Qatari divorce is 50% plus.

That info is 5 years out of date. This from a year ago

Maybe we stop pressuring kids to get married and allow individuals to decide when they feel like they can get married.. Also stop thinking you hit maturity at a certain age.. I know a lot of 30 yr olds who act no more than 16 and in no way can take on the responsibility of marriage and children

Maybe marriage itself is outdated. It’s an invention to protect property. As such it’s just another method of society to control the individual.

Many can argue it is one to control women but regardless of what it was it is different now. There’s no scraping marriage. People want it. Besides, it’s a religious institution and that means it’s not going away. Anyways, everyone knows subliminal images in tv is much more effective way of societal control.

Actually it’s a legal institution. The religion is just tagged on the side to keep them involved. I agree with you though in that it’s not going anywhere.

You’re right. I forgot that we’re not a homogeneous muslim society.

You will grow out of it eventually.

it is a civil institution before all, as it is a micro-society…….

People nowadays are very narcissistic in nature. Most people are only out for their own needs and don’t want to be flexible with their spouse. Communication is another big issue. A lot of people aren’t very open with their spouses.

Folks just aren’t patient. You got people getting divorced just weeks after the wedding. I know at least 4 people off the top of my head who divorced within 3 months.

Also on this side of the world family interference is a huge issue. The amount of control in laws have over their daughter in laws is ridiculous. I know some women who are virtual slaves to their in laws.

Hasn’t that always be the case. After all narcissus was Greek from ancient history…..

I’ve been told you just have to say “Divorce” out loud 3 times for it to be effective. That sounds comfortable 🙂

That’s for the definitive divorce. If you say it once you can re-marry later the same person 🙂

Counselling wont do anything if the foundations are weak. The main issues here with most divorces are lack of parent’s attention, most girls think they are queens and people would die for them even if they are a 2 or 3, gold diggers, lack of moral education and respect in most guys due to abundance of money. These problems started off when they were kids, they didn’t just appear and the fault is of the society and the parents. The people who have been taught good morals when they were kids don’t have these issues.

You’re very right, A_qtr, putting pressure on people to get married only heightens the possibility of them having problems once they are married. In my area, people get married in their early twenties, and I feel that many of them are to immature and irresponsible to get into something serious so soon. Being comfortable in your own skin is incredibly important to understand when looking for potential spouses. I know that marriage will happen for everyone that wants it, but only when they’re ready and accepting. http://kollarcounselling.com

I agree that the stats seem to show that Qatar would really benefit from marriage counseling services. I would have to say that every country could use more available counseling. It can be very expensive. When it comes to divorce, a good lawyer has done their own research on counseling. They are often the most readily available person for counseling. Divorce is something that carries a very heavy emotional weight with it.