Qatar-based Libya TV, the country’s first independent news channel, plans to expand its reach this week with the launch of a news website.

The website, which will be available in both English and Arabic, will include on-the-ground reporting, analysis and opinion pieces from a network of global contributors, said Reem Maghribi, development & editorial director.

“The channel’s primary audience is the people of Libya and we’re pleased that many people – from east to west – are watching and calling in,” Maghribi told Doha News. “We are currently also broadcasting only in Arabic and there is an important dialogue to be had in English.”

That’s why the site, which will be run a small team of editors in Doha, will feature a live stream of programming from the TV channel and video-on-demand, Maghribi said.

But in the long run, she added, the plan is to shift operations from Souq Wagif in Doha to Libya.

“The project – as a whole – will move to Tripoli after the revolution… so the duration in Doha is unknown, but receives enough support to enable it to continue in Doha and move to Tripoli as one of hopefully a number of new independnent media outlets the liberated country will enjoy,” she said. 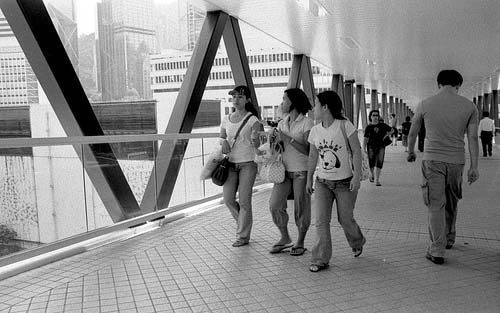