With translation from Heba Fahmy

In its latest crackdown on the local automotive industry, Qatar’s Ministry of Economy and Commerce has instructed dealerships to loosen restrictions on vehicle warranties.

Specifically, auto dealers may not void a customer’s warranty solely because a vehicle was serviced by a third-party garage, the ministry said in a statement yesterday.

Dealers must “give vehicle owners the freedom to choose which shops do maintenance work and repair their cars,” it added.

Individuals still run the risk of having their coverage partially canceled if their vehicle is damaged as a result of subpar repairs. But that’s not necessarily justification for voiding the entire warranty of the vehicle.

These regulations appear to be similar to US laws, which prohibit auto dealers from denying warranty coverage to vehicle owners simply because routine maintenance or repairs were performed by someone else.

In the US, the onus is on the manufacturer or dealer to prove that, for example, an improper belt replacement – rather than some other defect – caused damage to a vehicle’s engine, according to the Federal Trade Commission.

However, even if that was the case, the warranty would still remain in effect for other parts of the car.

It’s not entirely clear if these are new rules or a reminder of existing regulations.

However, several residents said on Twitter that the announcement was news to them, as they’ve previously been told all vehicle maintenance must be performed by their dealer:

@dohanews @peterkovessy yes thats what we are told always. Service has to be done from dealer under warranty period.

@dohanews @peterkovessy warranty is void if periodic maint is done outside dealership or missed.Told while purchasing the new car. #Nissan

The ministry also said dealers could not force customers to pay for extended warranties on top of the vehicle’s cost.

Instead, salespeople must “clearly” give vehicle owners the option of paying the base price and then choosing their own mechanic to perform maintenance work.

The MEC said dealerships would be given an unspecified grace period to comply with the regulations.

Over the past year, many car dealers in Qatar have found themselves under the ministry’s microscope, at least in part because of the relatively high number of complaints the MEC said it receives about the industry.

In recent months, it has taken several steps aimed at protecting consumers and giving individuals more choice in the market.

More recently, authorities have ordered Nissan, Dodge, Honda, Land Rover and Toyota showrooms to close temporarily after alleging that the dealerships had failed to inform their new car customers that their vehicles had been previously damaged and repaired.

Declan McCluskey – the general manager at Saleh Al Hamad Al Mana Co., which operates the local Nissan dealership – told Doha News in February that the two cars in question at his business were scratched when they were transported to the dealership and touched up before being sold.

He said it is a common industry practice and that customers are informed of the repairs.

“All prior damages are disclosed to any potential buyer. In this case, one member of the staff forgot to mention the damages, and when the (inspectors) checked our books, it came to light.”

Separately, the ministry responded to monopoly concerns by “clarifying” last month that any businesses with a valid license can import and sell vehicles, even if the manufacturer already has an exclusive dealer in Qatar, the Peninsula reported. 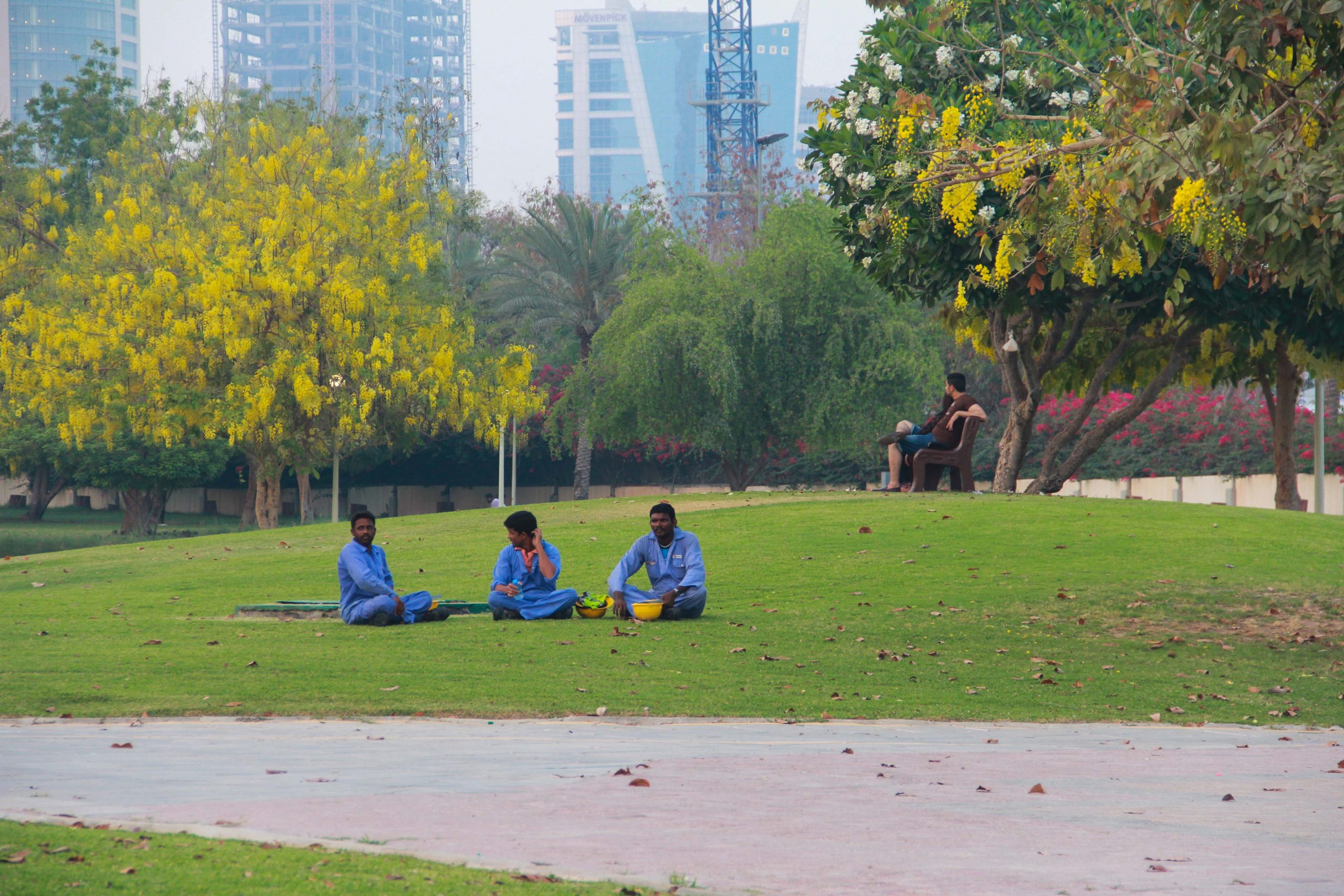 … and all of the sudden, car prices jump up, again!
Come on MEC! If you really want to tackle the issue of lousy car dealerships, end the draconian monopolies, and liberate the market.. Some healthy competition will take care of those sorry excuse for car dealerships

By law there is no monopoly … Ppl fail to understand this…
Pool money together get the right showroom and garage in place and travel to Japan and convince Toyota HQ to export you Toyota cars in addition to the existing dealer.. If they agree then nothing is stopping you… what I understand the situation to be is many car manufactures prefer to have one focal point in Qatar or deal with a regional distributor in Dubai or Riyadh who deals with a retailer in Qatar…

Also if I don’t want the warranty or void the free service package I can and would result in buying a car at a discounted price… I wonder if this means also if I import a car from KSA if the warranty would be valid in Doha .. It should as warranties are global I believe ..

By the way you guys did a bad job translating

Finally! Someone who tries to understand! As if Qatar is big enough to warrant a multi-dealer set-up ala UAE, KSA and so on

I beg to disagree. The automotive monopoly is in fact here and well entrenched. There is only one agent for a given brand that can import from the manufacturer, and a few distributors that can resell to end user.

Case-in-point is what happened recently with Audi and VW. They were taken from one sole agent, and given to another!

As for the argument about the small size of the market, the very existence of local resellers proves that the market is large enough for multi-operators.

That’s not s monopoly !! The distributor wants to have a single dealer of his brand in a single market … It would be a monopoly if all large suv brands were sold by a single dealer

The car market as a whole is actually a really good example of an ‘oligopoly’ – where a few number of companies control the market. That is not to say it is not a free market.

However i believe the situation in Qatar is restricted in how free the manufacturers operate.
With the ‘sponsorship’ system that qatar operates, it seems to me that the sponsored company distance themselves from some of the poor practices (2 recent examples being Vodafone with the mis-advertising and Honda, Toyota, etc and the misleading customers – and if you want to argue that that happens elsewhere, then fine… but the responses from these ‘sponsor’ companies is not that of an international company – Vodafone claimed no wrongdoing and criticised the watchdog, whilst Honda/Toyota didn’t respond with much sympathy for the customer either).
But the biggest problem with the sponsored system is that competition is lacking. In an oligopoly, these large manufacturers compete against each other to drive prices down. However some of these competing manufacturers are now sponsored by the same group… so an already small market is reduced even more.

Incidentally, if Honda build a car for QR99 and sell a car for QR100 around the world, but need a franchise & sponsor in Qatar, then the car will now have to include the markup for the franchise and sponsor. So they give the car to Qatar for QR100, still making the QR1 they need. The franchise then adds whatever markup it needs and its sponsor needs (or more likely… can get away with). So now the car is QR110. Volvo and Proton meanwhile would normally offer competition to drive that markup down… however as all sponsored by same group they can now increase their markup to match.

Get rid of the sponsor system and then see how Proton and Volvo might increase the competition on Honda especially if they feel they can get a foothold on an inflated (profitable) market.

Warranties are only global if it says so. Some warranties are void if the product leaves the country–that’s to prevent people from going to one country and buying a car more cheaply and transporting it to the other. There was a court case in the EU’s early days about this (it was cheaper to buy some German makes in Greece, and Germans were buying the cars there and bringing them back). The manufacturers wouldn’t honor the warranties; the buyers sued and lost.

The distributorship/franchise model is how all sorts multi-nationals operate globally–blame them. It’s only is small markets like Qatar does it seem there is a national monopoly. That’s why you don’t see a dozen KFCs lined up together. The beverage distribution trade (everything from Budweiser to Pepsi) operates this way, too.

Besides, it would only be a monopoly if one person own over half of the car dealerships of all makes.

Maybe now the dealers and service centers can learn how to do a 15min oil change in less than 2 days.

Well this should be a good news – now the dealers should be compelled to keep the convenience for regular maintenance at par with those of third-party workshops.

However, “The MEC said dealerships would be given an UNSPECIFIED grace period to comply with the regulations.” This is as painful as it gets, it’s almost like saying “yes we realize there will be a need to change, yet we will give them all the time in the world, and as they see fit to change.”

I can only warn to jump too hastily into new Jurisdictions on this subject, as otherwise it might deteriorate the quality standards of the local automotive Industry. There should be round table meetings with all stakeholders and representatives of the various Importer-ships, the Consumer Protection Department,Alternative Service Outlets and Customers.
The following implications should be discussed:

1. Why should a sound Investor take the risk of fulfilling stringent requirements of the Manufacturers to hire highly paid Managers with solid Industry background, investing in Posh Sales and After-Sales Facilities, Overseas Trainings for all Staff, Special Tools and Equipment amounting to Millions of Dollars when a next door shop with unskilled labour can carry out all the bread and butter Jobs.
2. Who is the Governing Body to decide disputes on wrong repair procedures leading to larger technical problems or fatal incidents. Service Informations, Recall Campaigns and Technical Modification advices are usually send out only to the authorized Dealerships.
3. Is it in the interest of the Customers/Consumers to have maintenance and repairs carried out at cheap Garages using fake spare parts imported from the far east.

it would take me too long to list all the thoughts which I have come across working as an Industry Professional for more than 30 Years (18 in Qatar) in the GCC.

We all should respect the efforts of all involved working on this subject towards safer products on our roads here in Qatar.

With my Best Wishes to all Officials, Car Owners and Dealer-Ships
Thomas W. Sperlich

Why would I chose to support the dealer with the “bread and butter” jobs? My business is not his business.

I’d might have had some sympathy, but when the dealer cranks on a 400% parts mark-up (and doesn’t even have the courtesy to have an of them in stock) and wildly inflated labour and time units, they burn it all away.
Good riddance.

It took me 30 seconds to come up with point No 5 : Strict controls and audit processes on works carried out by ‘Official Manufacturer authorized repair” facilities. Ensuring that all works carried out are 1) Necessary”, 2) are within International pricing scales for similar parts and 3) give stricter penalties for those ‘Official’ dealerships who carry out unscrupulous practices to the consumer, such as re-touching, using lower grade materials, cutting corners on servicing, etc. The car industry needs to get it’s own house in order first and restore confidence to the consumer in Qatar, who doesn’t currently believe he’s getting either a good deal, or a pristine, untouched car in many cases. With best wishes to all consumers who have recieved faulty repairs, poor servicing, dodgy salesmen and damaged / touched up vehicles.