Doha News looked into a number of Qatar-based restaurants with similar brand trademarks, logos, packaging and even products to those of well-known Western brands.

Hundreds of new restaurants and fresh brands have sprouted up across Qatar in recent years, many of which quickly managed to acquire loyal customers and gained prominence among the public.

However, some have noticed a number of recently-launched enterprises with questionably identical branding to established restaurants in places like the United States and United Kingdom, generating questions on intellectual property rights, creativity and ethics in business.

In Qatar, various laws are in place to protect businesses and individuals from unfair and deceptive trade practices and consumer fraud.

The main difference between trademark and trade dress law is that the first looks at a particular word, symbol or logo, whereas trade dress law incorporates the total physical image or impression of the product or business, including colours, designs, associated words and slogans.

Trade dress law offers potential protection to a broad range of elements and is intended to protect against consumer confusion – which sources say could be the case with the following businesses here in Qatar. 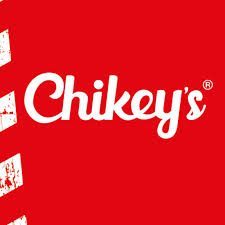 Cue the newly-launched Qatar-based restaurant Chikey’s. Does it ring a bell? For those that have visited the US, it may just do. Now dubbed the “Qatari version” of Chick-fil-A, Chikey’s logo is very similar to the popular American brand and has even adopted a similar concept – though with a slight Arab twist.

While there are many similarities, the menu is slightly different and includes some Arab and local traditional dishes like Arabic Kabsa rice meal, Tandoori Tikka Grill burger, Tandoori wrap as well as other options.

Speaking to Doha News, Chikey’s manager Riyas Khan said the restaurant is a franchise of an Indian business that holds the same name and is not in any way affiliated with the American Chick-fil-A.

However, Khan pointed out that another restaurant called Chick’s, which recently opened in Al Duhail, is being widely confused with their own restaurant – adding yet another element to the question of originality.

The comparison seems to have gained traction online where social media users have criticised the new restaurant for its alleged “copy and paste” job.

As seen in images shared online, Qatar’s “Chick’s” copied the exact same menu of that of the American restaurant but added its own brand name in the menu order.

When asked if they have any connections with the US-based restaurant, the owner of Chick’s Mohammed Bin Abdulaziz refuted the claims, adding that his logo features five strips on the letter C in the logo which separates and identifies the brand.

The owner told Doha News that his business is not in violation of trademark law. Crimy Cookies is a new dessert shop in Qatar that has quickly gained popularity. Located in Lusail city, the cookie experts stand out with a pink-coloured kiosk – though many believe this is all too similar to Creme in London.

Customers say everything from the colours, font style, packaging, and even taste,was borrowed from the UK business.

A resident who tried both London’s Creme and the Qatar-based Crimy Cookies said “both places have the same tasting cookie, with a slight difference. The logo and packaging are the same but it’s a different name.”

Even “the menu, overall, is the same, however here they offer more refreshment drinks and different flavours of cookies,” she said.

Doha News reached out to Qatar’s Crimy Cookies for a comment but the owner refused to respond to any of the claims. 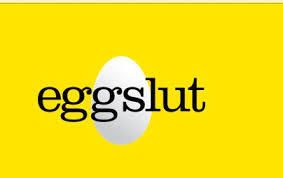 The next one will be picked up by those that have visited Los Angeles, where the popular chef driven, gourmet food concept Eggslut has made a name for itself. But what is Egg Tap?

Described as a “wannabe Eggslut”, Egg tap is deemed to be the Qatari version with very few differences.

While Egg Tap does have a few different food options to keep up with local interests, the brand has adopted the same image, colours and even font style.

Doha News reached out to Qatar’s Egg Tap for a comment but didn’t get a response. 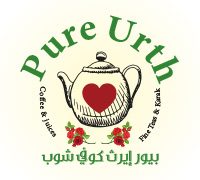 Urth Cafe is a European-style counter-service concept all the way in California, LA. While the business has no branches in Qatar, it does have a copy-cat version here in the Gulf state called Pure Urth.

Both have almost identical green and red logos that are anchored with the same red heart and similar typography.

So what’s different? Nothing more than the “pure” in the name, it seems.

Doha News reached out to Qatar’s Pure Urth for a comment but didn’t get a response.

Are these considered illegal acts by the Qatari government?

“Any act that infringes on intellectual property rights, trademarks or copyrights is punishable by the Qatari penal code under laws No. 7 and 9 of the year 2002,” he stated.

“For restaurants that operate using plagiarised logos and trademarks without their owner’s consent, such action is considered illegal based on the previously mentioned laws; and can result in legal action being taken by the copyright/trademark owners against such restaurants in Qatari courts,” he added.

As a consumer does it matter to you if your favourite brands “borrow” their branding and concepts from elsewhere?