From extensive initiatives to help marine life, to collective community beach clean-ups along its shores: here’s how Qatar has geared up its efforts to help save the ocean.

Spanning a 71% surface area of planet earth, the oceans are home to nearly a million species, making them an important source of food and income for over 800 million people worldwide.

The ocean also regulates everything around us, from global weather patterns to food systems, making it our most valuable resource on the planet.

Despite its importance, humans have adopted practices throughout the years that threaten its resources, including pollution, overfishing and man-driven impact on climate change. Its health, as well as the well-being of everyone who relies on it, is on the verge of collapse.

For that reason, change is as essential as ever.

Every year, the world gathers to celebrate the United Nations World Oceans Day on 8 June to raise awareness about the importance of the ocean to the ecosystem and ways to help reverse the negative impact humans have inflicted upon it.

This year’s theme is celebrated under the theme Revitalisation: Collective Action for the Ocean, calling on every country to adopt new practices to sustain the ocean’s life for future generations.

“As the past years have shown us, we need to work together to create a new balance with the ocean that no longer depletes its bounty but instead restores its vibrancy and brings it new life,” the UN stated on its website.

But one question remains every year: what efforts have actually been made to save the ocean?

According to EcoMena, Qatar produces more than 2.5 million tons of municipal solid waste each year. The country also has one of the highest per capita waste generation rates worldwide of up to 1.8 kg per day, on which only 8% is recycled.

To commemorate the day, here are four efforts Qatar and its community have taken to fix the figures.

Beach cleanups have become an essential task in achieving Qatar’s commitment to its National Vision 2030 plan and to the Sustainable Development Agenda 2030.

Qatar Museums, along with several other small-community movements,  have launched weekly beach clean-ups throughout the year to raise awareness about sustainable waste management practices.

Thousands of kilos of harmful waste, including hundreds of tonnes of single-use plastic, were collected from different locations across the country to protect the environment and improve coastal and marine life. The waste was then sorted and sent for recycling.

Every year, experts and researchers step in to help the critically endangered hawksbill baby turtles by adopting programmes and plans to guarantee their protection, sustainability and growth.

To protect the species and ensure their safe and well-protection, authorities close Fuwairi beach to the public during nesting season to closely monitor the turtles and protect them from any harm, given their importance to the region’s ecosystem.

In less than three years, the Gulf nation has assisted in the release of nearly 31,000 hawksbill baby turtles from a specifically designated region of Fuwairit Beach as part of the country’s efforts to protect endangered species.

Single-use plastics are one of the major reasons for water pollution around the world. According to data from the National Geographic and the Ellen MacArthur Foundation, 91% of the world’s plastic is not recycled whilst 70% of it ends up in landfills or the environment. It is estimated that by 2050, the amount of plastic in the water will outnumber fish.

In a move towards adopting a greener alternative, Talabat has introduced its Sustainable Packaging Programme in Qatar, which seeks to minimise plastic waste and carbon emissions across the region.

Available for most restaurants, the packaging is 100% plant-based and contains no perfluoroalkoxy-alkanes, also commonly known as ‘forever chemicals’ that cannot be broken down by natural processes.

Last year, Qatar’s Ministry of Municipality and Environment announced plans to create marine protected areas that cover 30% of the country’s water in the next 10 years.

The project aims to ensure the protection of ecosystems and sensitive species for current and future generations, including whales, sharks and dugongs, all of which are crucial for marine environment preservation and eco-tourism.

In fact, the Arabian Gulf houses the second-largest population of dugongs on the planet, and the largest whale shark concentration in the world. 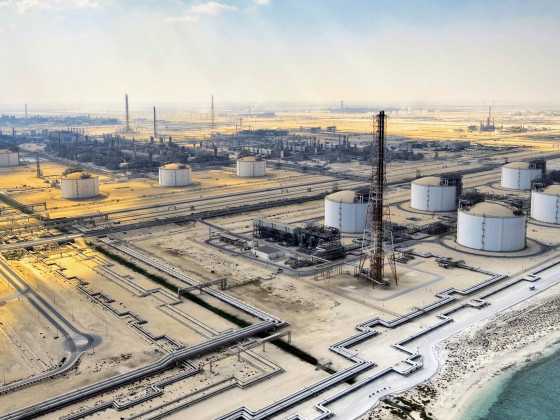 FIFA to discuss labour welfare in Qatar with Amnesty International