It should now be easier to drive between Doha, Hamad Port and Al Wakrah following the launch of two new main roads to the south of the capital.

This week, an 11km southern extension to the existing Doha Expressway was connected to the recently-opened G-Ring Road with Mesaieed Road.

The new route means traffic in the area no longer needs to travel through the main road in Al Wakrah.

This should improve congestion in the town and cut in half the journey time between the increasingly popular area and Doha, Ashghal said.

Commuters had previously complained about long traffic snarls in the area due to lack of capacity on the roads.

It’s also now easier to get to and from Hamad Port, after a new 14km road opened linking to G-Ring Road.

The route cuts travel times between the Industrial Area and the port. This means food and goods can be transported more efficiently from the docks to supermarket shelves and construction projects around the country.

The new, southern extension of the Doha Expressway runs for 11km from the south of Al Wakrah to the junction with G-Ring Road, a QR4 billion project that was completed in April this year.

According to Ashghal, this road will eventually be linked with the existing sections of the Expressway. Currently, this ends at a junction with E-Ring Road.

So far, four of five lanes in each direction are open to traffic. Final works are still underway on the five interchanges on the route, which are expected to be finished in the coming months.

Once completed, these multi-level interchanges should improve connections between the increasingly popular southern residential districts of Al Wakrah and Al Wukair, and central Doha.

A new 14km stretch of road has also opened to traffic to improve access between Hamad Port, the Orbital highway and the Industrial Area.

The road is four lanes in each direction and runs from Um Al Houl interchange by the port, south of Al Wakrah, up to G-Ring Road.

With a capacity of 8,000 vehicles an hour, the new route should cut journey times by about 15 percent, according to the public works authority.

Will the new roads improve your commute? Thoughts? 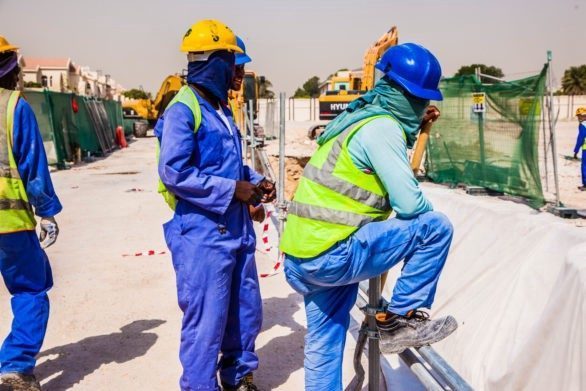