Qatar’s champion athlete Mutaz Barshim has made history after winning his third world high jump gold medal for the third time in a row on Monday.

Barshim cleared 2.37 metres at the World Athletics Championships in Oregon, United States, beating his own personal best of 2.30 metres at the 2020 Olympics.

“The target for me for today was gold medal, if even the world record is the only thing I still miss,” said Barshim, according to a Reuters report.

“Three worlds golds in a row is something that has never have been done before. I feel like I have a name in our sport, but I have been never felt like the greatest one in the field,” he added.

Social media users in Qatar took to Twitter to congratulate the icon, who has raised both the Gulf state’s flag and reputation on the global athletics stage for the past few years.

“Our world champion Mutaz Barshim wins the gold of the World Championships in Athletics Eugene 2022 for the third time in a row,” the tweet announced.

One impressed supporter described the Qatari athlete as “monstrous” while another congratulated the “great champion and gentleman”.

In a tweet, one user said this is a “new global achievement for Qatari sport” while Qatar Athletics said “the golden falcon” wrote history in America.

Barshim made global headlines at 2020 Olympics after opting to share his gold medal with his Italian opponent and longtime friend Gianmarco Tamberi.

The touching moment become the defining moment of the 2020 Olympics.

However, Tamberi came fourth after clearing 2.35m at this year’s competition. 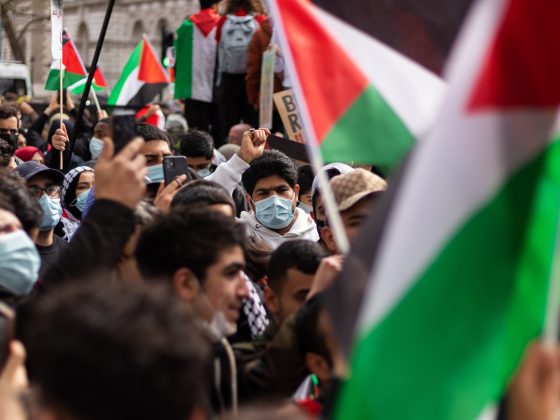