Qatar has announced plans to help rebuild schools in Lebanon, reports confirmed, as the Gulf state’s senior officials visited the capital Beirut amid efforts to assist the crises-hit country in the aftermath of the devastating Beirut blast.

Qatar’s Deputy Prime Minister and Minister of Foreign Affairs, Sheikh Mohammed bin Abdulrahman Al-Thani, revealed his country’s intentions to assist in the reconstruction of Beirut during a meeting with the Lebanese President Michel Aoun, as well as a number of other senior politicians from sects across the country on Tuesday.

“The State of Qatar is committed to stand by the brotherly Lebanese people” as they recover from the Beirut port explosion, which has now caused at least 181 deaths and 6,000 injuries, Sheikh Mohammed Al-Thani noted.

At the meeting, Sheikh Mohammed stressed that Qatar would be ready to provide any kind of aid during Lebanon’s reconstruction phase, including support to rebuild schools and hospitals in partnership with UNICEF, as well as assistance to overcome the now-deepening economic crisis.

“His Highness the Amir’s directives are clear to study the projects affected by this explosion, and we are about to complete a study of rebuilding public schools in partnership with UNICEF and rehabilitating some damaged hospitals in Lebanon,” said Sheikh Mohammed.

The Qatari official, who was accompanied by Mohammed Hassan Jaber Al Jaber, Ambassador of the State of Qatar to Lebanon, as well as Zina Aker, Minister of Defence in the Lebanese caretaker government, visited the site of the blast at the capital’s port to personally see the extent of the damage and assess what aid may be needed.

The visit comes as Lebanon grapples with an ongoing economic crisis that has been exacerbated by the tragic port blast.

The catastrophic explosion, Lebanon’s worst peacetime disaster, was caused by 2,750 tonnes of ammonium nitrate — an agricultural fertiliser that was stored for over 6 years at a port’s warehouse. Early investigations suggested the explosion was due to a fire nearby that triggered the explosive material.

Protests erupted soon after the explosion rocked the capital, with residents and citizens calling on authorities to be held to account for the loss of life and property.

In response, a number of Lebanese ministers stepped down, prompting the resignation of the government, led by Prime Minister Hassan Diab, who himself blamed the blast on decades of corruption and mismanagement.

World leaders and rights groups have also weighed in, calling for government reforms to assist the country as it struggles under the pressure.

Qatar’s Sheikh Mohammed also stressed the need for political and social stability in Lebanon, ensuring that any reforms following the blast “stem from the needs of the Lebanese people”. 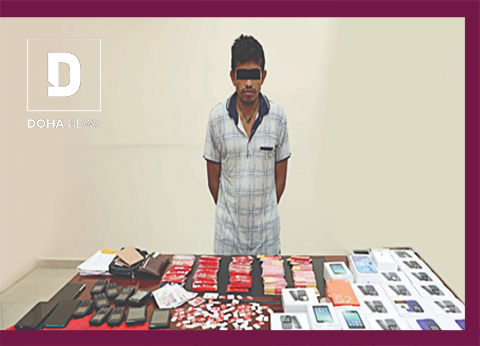