With Qatar Biobank, researchers can now examine some of the greatest health challenges plaguing Qatar.

A 22% rise in the number of participants in Qatar Biobank’s flagship cohort study during 2022 illustrates public enthusiasm in funding research projects of national importance, the institute said.

Qatar Biobank is the country’s central repository for the acquisition and storage of biological samples and health data to support research into the creation of fresh medical and precision medicine therapies.

With the help of several volunteers from the Qatari public, the Qatar Biobank allows scientists and researchers to gather samples and data linked to health-related topics and lifestyles in order to carry out health research.

The current and future health of Qatar’s population is influenced by the newest advancements in medical research and early disease diagnosis, both of which are initiated and supported by Qatar Biobank.

The most dependable storage practices and mechanisms, such as sample tracking, liquid nitrogen storage, and duplicate storage locations, are used at the Qatar Biobank to maintain the quality and safety of the samples throughout time.

Qatar Biobank announced it is working on the Qchip, for which they have collaborated with Qatar Genome to complete 17,000 genetic studies.

The cohort study’s objective is to gather high-quality biological samples and annotated data from Qataris and long-term residents who have been in the country for at least 15 years in order to further medical research.

After five years from the initial visit, the individuals are the subject of a follow-up study. All participants will provide their consent to the use of their biological samples and personal data for studies supporting translational medicine.

Researchers can now study some of the biggest health issues in Qatar.

Qatar Birth Cohort Study at the Qatar Biobank is the first mother-child birth cohort study which explores the effects of numerous exposures on health-related outcomes, including birth outcomes, neurodevelopment, obesity, asthma, and allergies that manifest in infancy.

The project aims to evaluate the interplay between genetic predispositions and environmental exposures in the emergence of chronic diseases affecting women’s and children’s health in Qatar.

The ‘QChip1’ screening tool is a microarray capable of detecting, from a blood sample, more than 80,000 distinct DNA variants in genes linked to hereditary illnesses.

The cost of the QChip1 microarrays will be less than $100, and will be used to evaluate the likelihood that hospital patients, expectant parents, and infants would have a genetic condition.

The innovation is seen as means of advancing personalised medicine in Qatar.

Marking several milestones for Qatar, the QChip1, according to Chief of Research at Sidra Medicne Dr. Khalid Fakhro, “represents a significant outcome of Qatar’s early investment in generating genomic knowledge on our population,” adding that since it is the first such invention in the region, neighbouring countries “whose populations share ancestry (and disease mutations) with ours” could adopt the tool.

Researchers say the reason behind Qatar’s need for a population-specific screening device is due to the fact that “the Qatari population [has] a largely distinct set of genetic disorder risk variants, 85% of which are not seen in Western populations.” 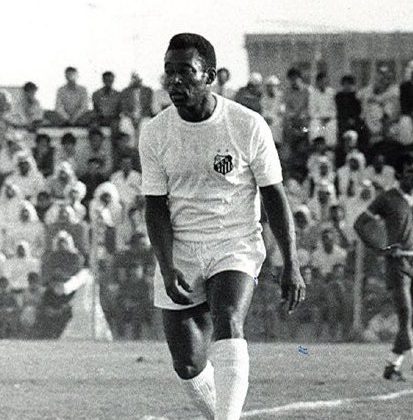 ‘I will never get over it:’ Mbappe breaks silence after World Cup defeat to teammate Messi