Backlash over the Qatar National Research Fund’s decision to award a huge grant to an American professor who had previously made racist comments about Qataris and other non-white ethnicities.

Northwestern University in Qatar [NUQ] together with the Qatar National Research Fund have come under heavy criticism for awarding hundreds of thousands of dollars in research funding to a controversial American professor.

The grant, worth $700k, was given to Professor S. Venus Jin and Professor Jocelyn Mitchell, to research “obstacles and successes of women entrepreneurship in Qatar.” The fact that the Qatar National Research Fund failed to find any Qatari women to lead the project has been a source of some of the criticism, particularly considering that Doha has invested so much in female empowerment over the years, with several Arab and Qatari women currently at the forefront of academia.

One Twitter user said “interesting that the topic concern the local community and no one local is leading the show!”

Associate Editor and Director of Projects at Migrant Right Vani Saraswathi tweeted “they couldn’t find a Qatari woman (of whom there are innumerable highly educated ones) to carry out this research?”

But the criticism has not only been centred on the ethnicity of the professors. More worryingly is the case of Professor Jocelyn Mitchell, a lecturer in Political Science at NUQ. Mitchell has a history of offensive comments towards Qatari women as well as other non-white ethnicities.

In 2008 she wrote a list entitled “You know you’re in Qatar if”. According to Mitchell, among the so-called telltale signs of life here is “the ratio of ugly women to not so ugly women is 9:1,” she went on to explain that the only murders to take place in Qatar are when “an Indian construction worker sleeps with a Phillipino [sic] construction worker’s wife. The [sic] usually slap each other to death in a cat-fight resembling manner.”

In 2019 a student protest movement broke out on campus, with NUQ pupils demanding university authorities to take action against Professor Mitchell for her offensive and racist comments. The University failed to discipline the academic, and now that she has been awarded this grant, students and alumni are further enraged.

Anger has spread throughout the community with citizens and residents expressing their outrage on social media.

In a statement to Doha News, Mitchell said she apologised and removed the blog post which she claims was not written by her.

“The screenshot in this post is from a 2008 email I received while moving to Qatar. I entirely reject the words and sentiments of this 2008 email, and I apologise for posting it to my blog in the first place,” the statement said.

However, the apology was made after it surfaced and triggered backlash in 2015, some seven years after it was initially posted.

“It does not reflect how I feel about Qatar and its many communities, especially after 13 years living and working here. I apologised and deleted the blog in 2015 when students first brought it to my attention, and then publicly apologised to the entire NUQ community in 2019 when the screenshot resurfaced,” she added.

Ironically, in Mitchell’s racist post of 2008, she wrote that Qatar “is great to work in for six months and then get the hell out.”

Almost thirteen years on and not only is Mitchell still living in the country “where your English gets progressively worse because complete sentences are simply too advanced for the locals” but she is now being awarded hundreds of thousands of dollars to research the very same people she once ridiculed. 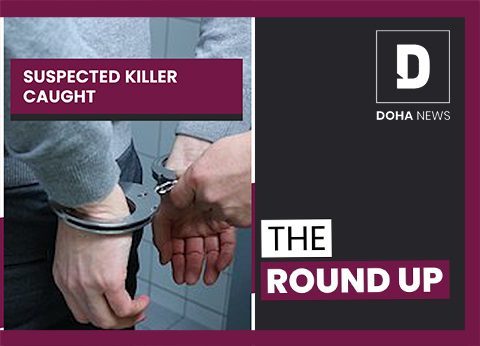