The Qatari government has said it plans to crack down on companies that don’t pay employees their salaries on time, according to media reports.

But the government prefers to work with transgressors to resolve the situation before taking formal action, Al Mulla said. He added:

“The ministry intervenes to force the companies to comply with their commitments on time, in accordance with the signed contract. In case the company fails to do so, or they repeat the violation again, it will be blacklisted until it corrects its situation … We first seek a cordial solution, but then we take legal measures against the companies which does not respond to our efforts.”

Al Mulla also said the ministry’s office had the power to “accelerate” the processing of court cases, which in the case of late payments can languish for years.

Tardy wage payments were at the center of several recent labor disputes, including a strike threat by bus drivers at Education City.

It is not clear what being blacklisted would entail. But earlier this year, the Ministry of Interior used the word “blacklist” when it banned some 2,400 companies and 1,200 individuals from sponsoring workers as punishment for flouting labor laws.

Several months later, the Ministry of Labor said it would publish the names of companies and classify their compliance with local employment laws, but that list has still not been posted online.

Ministry of Labor officials were not immediately available for comment.

Al Mulla was also quoted as saying the government does not plan on regulating wage levels between private firms and workers, despite a push by human rights activists to establish a minimum wage.

Salaries are a sensitive issue in Qatar, where monthly wages vary widely based on profession and nationality. When Phillipines officials pushed for the enforcement of a QR1,460 ($400) monthly minimum wage for its domestic workers in December of 2012, Qatar responded by putting an unofficial visa ban for the job category.

Meanwhile, in May of this year, the country signed an agreement with Bangladesh to send housemaids here for half that wage, or some $205 (QR750) a month. 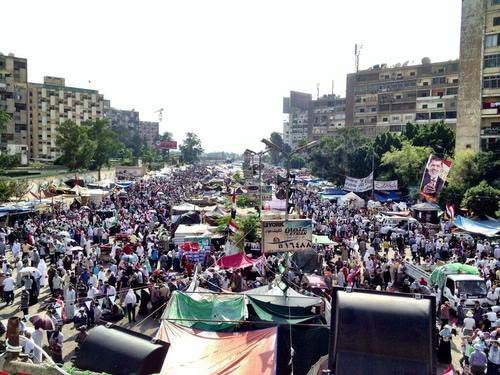 If enforced, it’s a good policy. But, as in many such instances, the problem is not the law but the enforcement of it.

Am I being oversensitive? The following quote from the above article really riles me.

“Meanwhile, in May of this year, the country signed an agreement with Bangladesh to send housemaids here for half that wage, or some $205 (QR750) a month”.

Taken literally this implies that the housemaids simply get sent – they have no choice in the matter. I hope it’s simply a case of lost in translation.

Good grief… Is anyone else sick and tired of reading about empty threats made by government officials? Don’t get me wrong, I’m glad these stories are reported, and I’ll continue to follow Hess stories, but anyone who thinks anything real will actually come of this is kidding themselves. Just more gov officials making vague, nonspecific threats that will never actually be implemented anyway. Labor law reform is a joke in this country

I’m just curious.. how much does Mr. Al Mulla himself pay his driver or his maids who work at his house? Are the salaries being paid in time?

I’m not accusing here, just curious how serious are the law enforcers themselves about their own responsibilities.

The reality is 90% of all construction contracts is with the government and they are consistently late with monthly payments to contractors. What they don’t realise or appreciate is that this then causes cash flow problems for companies. So I welcome a company to be investigated / prosecuted for it then to be proven the company has not been paid for months by the government.

Talk is cheap, really cheap; in fact, in this case, it’s cheaper than cheap.

All talk no work makes Jack a dull boy.

All well and good to have penalties to protect workers wages. It would also make sense to have penalties for late payments/withholding of payments due to Contractors and Consultants o pay workers wages- they too cannot survive here in Qatar on fresh air. I am aware of several excellent companies who have thrown in the towel and left Qatar because they just cant get paid for work completed and were unable to pay salaries due for months at a time. The Government agencies are not blameless in this.